Famous optical illusions: dots, circles, colors - what do you see?

What we see, we believe. 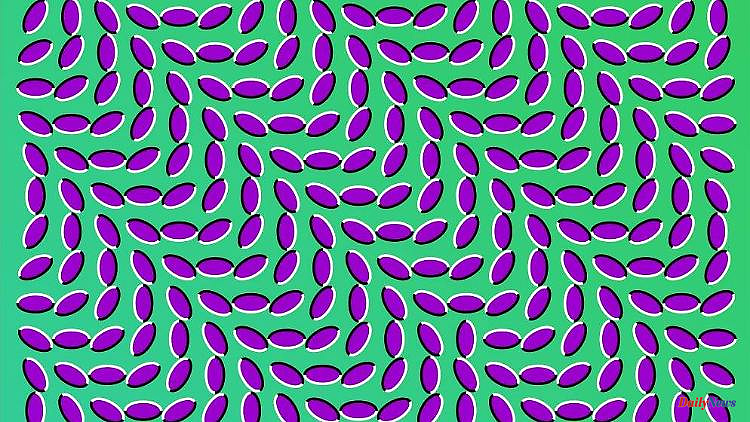 What we see, we believe. But sometimes our brains lie to us. Optical illusions are fascinating, but they don't work the same for everyone. Caution, dizzy alarm!

"Dressgate" was the first and caused heated discussions a few years ago. A seemingly banal question about the color of a dress tore deep rifts in offices and get-togethers. Later, a crazy picture of Adele stunned the online community, then pink hearts went crazy and finally a desperate father shared his wooden rail dilemma with the world.

The human brain is easy to confuse and people are always fascinated by such optical illusions. There are depth illusions, color illusions, geometric illusions, illusions of movement and some more. In all these cases, the visual system seems to make wrong assumptions about the nature of the visual stimulus, as can be shown by using other senses or by removing the triggering factors. Believe your eyes - but not your brain.

Even if it looks different: Nothing is moving here. Because this image lacks a clear landmark, our brain cannot hold on to it and recognizes movement due to the different, differently colored elements. The tangle can be stopped almost completely if you fixate on any point of the picture as rigidly as possible.

Kitaoka teaches at the Faculty of Humanities in Kyoto. He regularly posts examples of his work on his Twitter account:

The Zöllner illusion asks the question: Are the diagonal lines parallel to each other? They appear curved to the human eye, but in fact they are all straight and parallel. The straight lines are intersected at an acute angle by the slopes behind them. This creates the illusion that one end of the straight line is closer to us than the other. If the colors red and green are chosen for the geometric figures, the effect disappears or is at least greatly reduced.

The Zöllner illusion was named after its discoverer, Johann Karl Friedrich Zöllner. The German astrophysicist first described them in 1860.

The so-called Cafe Wall principle is also known as the Münsterberg illusion or the kindergarten braided pattern illusion. The horizontal lines between the tiles are actually straight. They only appear wavy, which can be explained by a brightness contrast. If the rows of black and white fields are separated by narrow gray lines, then these are perceived as significantly lighter between black fields and darker between light fields.

Does Charlie Chaplin's head rotate clockwise or counterclockwise? Most observers answer this question with a "both - and". The special feature: when the mask rotates in such a way that you should see a "hollow" face, the image flips over and you see a "bulging" face again. Even if you try, you practically can't hold the hollow face. The reason: over millions of years, our brains have learned that inward faces do not exist.

But the fact is that both orange circles are the same size. If you don't believe it, take a ruler and measure it. This perceptual illusion occurs because people automatically relate the orange circle to the blue circles.

We interpret size depending on the environment. The picture on the left shows a colonnade and three pairs of sisters. The pair in the foreground appears smaller than the middle pair. The back pair appears largest. A re-measure proves that all three pairs are the same size. Our eye delivers the image on the retina, but its meaning only becomes apparent through the processing of the image information in the brain.

The Hermann grid and numerous modifications can be found in almost every physiology textbook today. At first glance, the picture appears unspectacular, but then small dots suddenly appear. But whoever tries to count them will fail. There are a total of twelve black dots at the intersections of the lines. However, only a small number are visible to our eyes at a time. Where not seen, the gray areas appear continuous and the gray intersections appear absent.

Researchers speak of a contrast illusion. Because the difference between black and white cannot be perceived with sufficient precision by the eye in this representation. The dots or the gray spots have been a much-discussed research phenomenon for more than 140 years. The theories and publications on this are numerous. So the viewer who tears his hair out when looking at the picture is not alone. 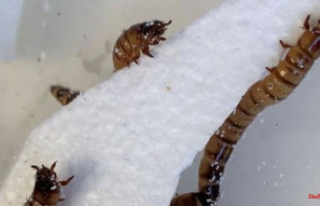 Thanks to special intestinal microbes: Superworms...