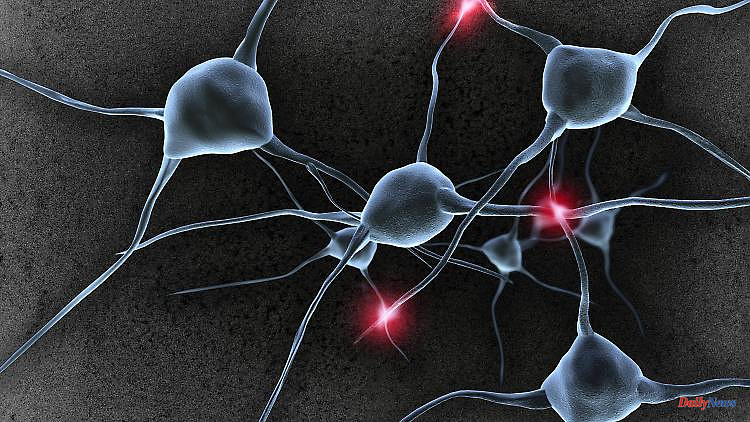 Dementia, Parkinson's, multiple sclerosis: neurodegenerative diseases cannot be cured. A team of researchers has now succeeded in rejuvenating the brain as part of basic research - at least in mice, the exchange of liquor has shown incredible effects.

According to a study, cerebrospinal fluid from young mice can improve the memory of old animals again. This is what an international research team reports after a number of experiments in the journal "Nature". The group led by Tony Wyss-Coray from Stanford University in California identified some of the proteins responsible for this "rejuvenation". Brain fluid could potentially help treat neurodegenerative diseases in the future, two experts write in a Nature commentary. German experts are also impressed, even if the transfer of the results to humans is questionable.

The aging of the brain is one of the causes of dementia, among other things, and places an immense burden on society, writes the research team, which also includes scientists from Saarland University. The authors assume that brain water (cerebrospinal fluid (CSF), also known as liquor) contains a number of substances that are important for the maturation and function of brain cells. However, the composition of the fluid changes with age: inflammatory proteins accumulate, growth factors decrease.

In the study, the team administered brain fluid from ten-week-old animals directly into the brains of old mice, around 20 months old, for a week. Three weeks later, the group tested the memory of the mice - albeit with a rather simple test.

All animals had been conditioned prior to treatment to associate a sound and flashing light with an electric shock. Three weeks after the therapy, the mice treated with the cerebral fluid from young animals reacted more strongly to the warning sound and the light than the animals from the control group. From this, the team deduces that these mice better remembered the sound and light that previously heralded electric shocks. The team also found similar effects when the old mice were given liquor from young people around 25 years old.

Further analyzes showed that the cerebrospinal fluid had a particularly strong influence on a group of cells - the so-called oligodendrocytes. These cells produce the substance myelin, which coats the nerve fibers and is important for stimulus conduction. In the case of the autoimmune disease multiple sclerosis, the body's defenses destroy the myelin sheaths of the nerve cells, which can lead to disturbances in movement and perception.

When examining the substances contained in the brain water, the team found the growth factor Fgf17 (fibroblast growth factor 17), which older mice only produce to a limited extent. Even when the team gave old mice just this growth factor, their brain performance improved. Conversely, blocking the protein with an antibody in young animals impaired memory.

Fgf17 also occurs in humans and fulfills a number of functions. The researchers emphasize that the Fgf signaling pathway is crucial for the development of oligodendrocytes. In their "Nature" commentary, Miriam Zawadzki and Maria Lehtinen from Boston Children's Hospital write about a groundbreaking study for brain and aging research.

German experts are also impressed: "These are very exciting findings because they show that even older brains still have the potential to rejuvenate a little if they get the right signals," says Dresden neurologist Gerd Kempermann, spokesman for the German Center for Neurodegenerative Diseases (DZNE). "From a scientific point of view, it is particularly exciting that a special group of brain cells, which have long been ascribed great potential for plasticity, react to the signals."

However, it is largely unclear how this finding can be transferred in detail to humans - not least because a very old mouse brain is many decades younger than an old human brain. A direct therapy does not result from this, emphasizes Kempermann. "But our knowledge of the potential for adaptability and 'rejuvenation' of the brain as we age is growing."

The brain and age researcher Matteo Bergami also praises the study: "The experiments shown provide clear evidence of improved plasticity of the OPCs and the hippocampal brain circuits through supplementation with young cerebrospinal fluid or the specific factors contained therein," emphasizes the expert from the university Cologne. "If these results are confirmed in further work, they will go beyond age-related cognitive decline as they may also have important therapeutic application in demyelinating diseases such as multiple sclerosis."

1 Downside of lighting: Light pollution is a torture... 2 Syphilis experiment in the USA: The consequences of... 3 Spectacle for early risers: Here you can see the total... 4 Widespread disease obesity: the number of overweight... 5 Healthy Aging Recipes: Can Eating Right Prolong Life? 6 Researcher identifies enzyme: biomarker for sudden... 7 Agriculture in space: Plants grow for the first time... 8 Researchers take the first picture: This is what the... 9 Fast-paced handwork competition: McLaren 765 LT Spider... 10 The neverending story?: The eternal struggle between... 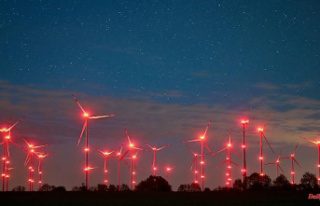 Downside of lighting: Light pollution is a torture...