"In this decade": ESA boss wants to see Europeans on the moon soon

US astronauts last landed on the moon in 1972. 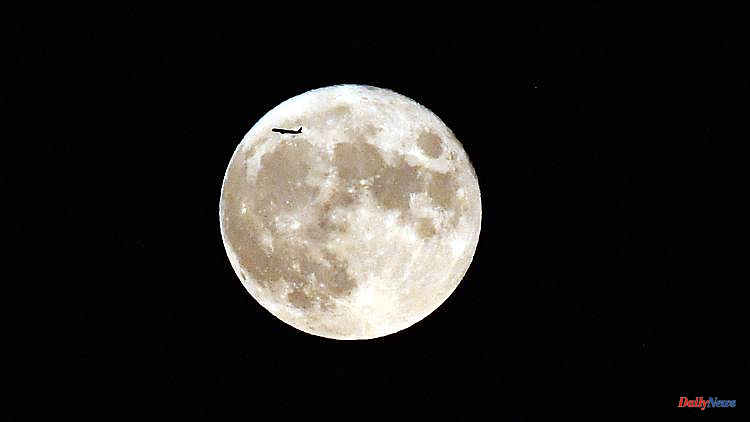 US astronauts last landed on the moon in 1972. For the first time, European astronauts should also be part of the next mission - preferably within this decade, ESA boss Aschbacher hopes. He sees great economic potential in developing the moon.

By 2030, astronauts from Europe should also fly to the moon. This was emphasized by the Director General of the European Space Agency ESA, Josef Aschbacher, in an interview with the German Press Agency. Corresponding negotiations with the US space agency NASA are already underway. However, there is no firm commitment yet, according to Aschbacher.

The ESA is involved in the current "Artemis" program of the US space agency NASA, with which people are to set foot on Earth's satellite for the first time in 50 years. Three flights by ESA astronauts have currently been agreed, which are to be brought to the planned station in lunar orbit, the "Lunar Gateway". Whether those involved will also land on the moon itself depends on the extent to which ESA participates in cooperation and invests accordingly, explained Aschbacher. "If we make important contributions to the 'Artemis' program, for example, I can put that on the table in negotiations."

ESA has not yet announced who will take part in the mission. The German astronaut Alexander Gerst is considered a promising candidate. However, he does not think much of an internal competition between European astronauts to select the participants. "We are all good friends in the astronaut corps," said the 46-year-old after a multi-day expedition in the Nördlinger Ries, an almost 15-million-year-old meteorite crater in Bavaria and Baden-Württemberg. "It doesn't depend on having to be better than the other to be able to fly earlier." Seven astronauts are currently eligible for the mission.

Gerst emphasized that Europe is an important part of the new moon missions. "We don't fly as guests, we build half of the spaceship," he said. The geophysicist, volcanologist and former ISS commander had examined rock samples around Nördlingen with NASA candidate Stephanie Wilson. She could become the first woman to walk on the lunar surface. For half a century, astronauts have been preparing for space flights in the crater in Germany in order to be able to collect samples on the moon. "Each type of rock has its own history," said Gerst. A meteorite impact like that at Nördlingen leaves behind other stones than an earlier volcano.

Aschbacher sees great opportunities in developing the moon. "We have some idea of ​​the economic benefits this can bring us," he said. However, the full potential cannot yet be fully assessed. "But I'm personally convinced that it's worth it." The moon will develop into a new economic area that will flourish in the next decade. "We are only at the beginning of using the moon sustainably for our projects this time. When Columbus came to America, he didn't initially know what it all meant either."

ESA is already training its offspring for future missions: the new astronaut class will be announced in November. According to Aschbacher, the ESA received almost 22,000 applications. In the meantime, the number has been reduced to 50, and he will then interview the most promising candidates himself in October. It is not yet possible to say whether Germans will also be among them.

1 Study at Tegel Airport: Noise can change bird behavior... 2 Low-sodium food is not for everyone: Can too little... 3 Hardly a substitute for Putin's gas: fracking?... 4 Unusual and imaginative: Knowledge meets slapstick... 5 Vanished Moon: How Saturn's Rings Formed 6 Animal remains in Syria: reference to livestock shakes... 7 Sleep disturbances possible: Increased use of LEDs... 8 Lifting for compact crossover XV: Subaru Crosstrek... 9 Bavaria: LBV demands: Frankenwald should become a... 10 Thuringia: 40-year-old continues to drive after an... 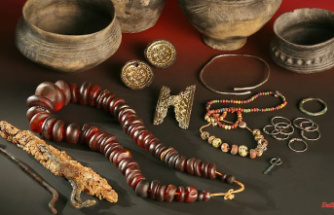 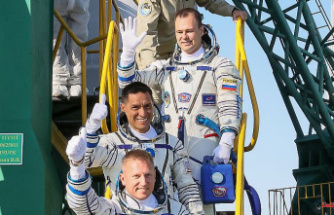 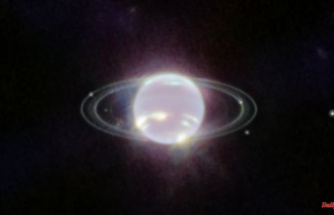 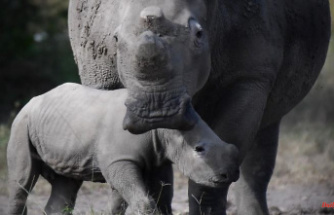 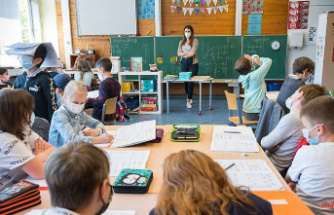 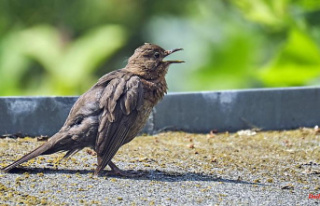