Iron deposits damage the brain: Even a little alcohol slows down thinking

A glass here and there doesn't hurt? Unfortunately, yes: A research team found a connection between iron deposits in the brain and alcohol consumption - even in small amounts. 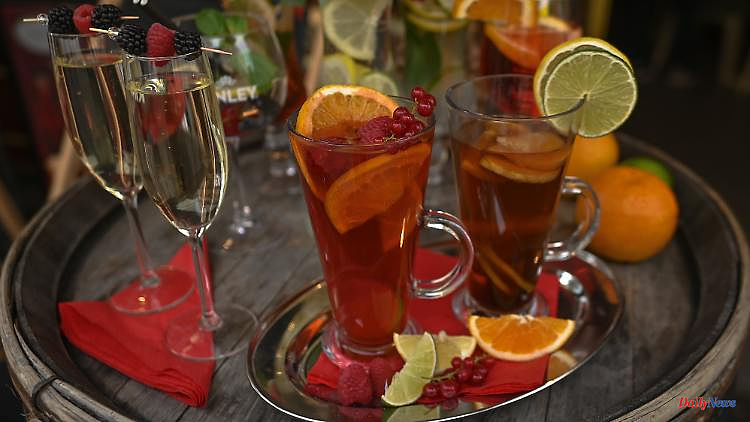 A glass here and there doesn't hurt? Unfortunately, yes: A research team found a connection between iron deposits in the brain and alcohol consumption - even in small amounts. The increased iron levels lead to slower reactions and reduced alertness.

Even moderate alcohol consumption can damage the brain and impair its performance. In what they claim to be the largest study on the subject to date, scientists from the University of Oxford (Great Britain) found a connection between alcohol consumption and iron deposits in certain areas of the brain - even at alcohol levels that are still considered acceptable by professional societies. The iron deposits were accompanied by a decrease in cognitive abilities, the research team writes in the journal "Plos Medicine".

Excessive alcohol consumption has been proven to be harmful to our bodies. But does alcohol also affect our health in smaller doses? Some studies in the past came to the conclusion that alcohol - consumed in small quantities as a stimulant - can have some positive effects. According to other studies, even moderate amounts can damage brain health and lead to the death of nerve cells. However, the exact mechanisms underlying this are still largely unexplored.

One possibility for neurodegeneration from moderate drinking behavior could be iron deposits in the brain. The neurological consequences of an increased iron content in the brain have long been known from patients with hereditary iron overload disorders. In recent studies, they are associated with various neurodegenerative diseases such as Alzheimer's or Parkinson's.

Interestingly, the clinical profile of alcohol-related dementia overlaps with these disorders. In addition, recent observations indicate that alcohol dependence can also lead to iron accumulation. It is not yet clear whether such deposits occur in moderate drinkers.

To answer this question, the researchers led by Anya Topiwala asked a total of 20,965 women and men between the ages of 40 and 69 about their alcohol consumption. Iron levels for both brain and liver were measured via magnetic resonance imaging. Participants were also subjected to a series of cognitive tests to measure skills such as attention, reaction speed, motor skills, memory and logic.

Even a weekly alcohol consumption of more than 56 grams, which is still well within the UK guidelines for "low risk", showed increased iron levels in six of the seven brain regions examined, the researchers explain. The increased iron levels were accompanied by reduced cognitive performance in the study participants. In the tests, they showed a slower reaction speed and reduced attention and were less able to solve logic puzzles.

The results indicate that even moderate alcohol consumption can imbalance the body's iron balance. A weakness of their study is that the participants had to assess their alcohol consumption themselves. In addition, the iron content was only measured indirectly. It also remains unclear how the study results can be transferred to other, ethnically diverse population groups.

In Germany, the German Head Office for Addiction Issues recommends women not to drink more than 12 grams of alcohol per day, two days should be completely alcohol-free. This corresponds to a maximum of 60 grams of alcohol per week. For men, the value is 24 grams a day, i.e. 120 grams a week. 60 grams corresponds to about 5 small glasses of wine or five small beers. The recommendations of the German Society for Nutrition are similar. The amounts of alcohol determined in the British study, at which damage to the brain can occur, are also considered "low-risk" according to German guidelines. 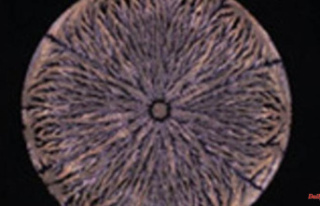 Analysis of drying spots: Can Alzheimer's be...