"It used to be hot too": Why weather memories deceive us

You hear the accusation of heat panic again and again: What is now called climate change or even climate crisis used to be considered a normal summer, and there was no heat at school back then. 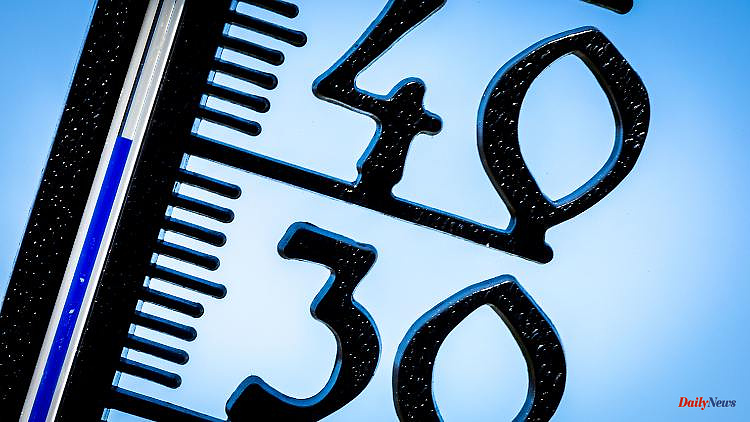 You hear the accusation of heat panic again and again: What is now called climate change or even climate crisis used to be considered a normal summer, and there was no heat at school back then. But memory plays tricks on us.

"When I was a child, there were only summers like this," says the aunt over coffee and cake. "Even before we had heat-free," possibly agrees her son. But today, according to the complaint, the high temperatures are being exaggerated and panic is being stirred up. Welcome to the summer of 2022! Now, at the latest, the small-talk topic of the weather has become a political issue.

People who, in their opinion, can remember their own summer youth down to the last detail play on the keyboard of nostalgic impressions, just like climate change deniers. Many decades later, they still want to remember how they allegedly spent weeks every year in the city pool in high temperatures and hours of sunshine.

"Personal record moments and extremes are what remain in the memory," says meteorologist Andreas Friedrich from the German Weather Service (DWD). Especially warm and sunny summers are more memorable than the rainy and colder ones. "Statistically, people don't remember clearly," says the expert.

The famous song by Rudi Carrell shows that not everything was sunshine and roses in the past. There must have been a reason why the entertainer warbled longingly in May 1975 when it would really be summer again. In August of the same year it is actually hot: there is a moderate heat wave with temperatures up to around 35 degrees Celsius.

However, it is not easy to conclude from such individual events that it used to be just as hot as it is today. Not even from decades-old newspaper headlines and articles that are posted up and down on social media and in which actual or supposed record temperatures were reported at the time.

"A single extreme event is always just a manifestation of weather," said Karsten Haustein from the Institute for Meteorology at the University of Leipzig the Science Media Center (SMC). This could theoretically occur under many climate conditions. "What is changing is the frequency of certain weather patterns, such as heat and precipitation extremes."

"Weather and climate are often confused," says meteorologist Friedrich. Trends can only be read by observing the weather over a longer period of time - around 30 years. So the following applies: the decisive factor is the data, not the feeling.

In the period from 1991 to 2020, it was on average one degree warmer in June than in the period from 1961 to 1990, according to DWD data. This year's exceptionally warm, very dry and extremely sunny June was even two degrees higher at 18.4 degrees.

This is impressively demonstrated by one value: 40 degrees Celsius. This temperature was exceeded at two weather stations in Germany for the first time in 1983 - a good 100 years after weather records began in 1881. The next time the mark was broken 20 years later in the legendary "summer of the century" in 2003. After another 12 years, more than 40 degrees were measured again in August 2015 at three stations, four years later in July 2019 even at 25.

The gaps are getting shorter: now only three years have passed until the value was torn again this July. "In 20 years, a temperature of more than 40 degrees will possibly be measured somewhere in Germany every summer," says Friedrich. "Heat waves will increase, there will always be record temperatures." DWD meteorologist Adrian Leyser certifies that voices claiming that there were often days with more than 40 degrees in the past are "at best" a "distorted, subjective perception".

"In Europe, the number of heat waves will continue to increase dramatically in the coming decades," agrees the Leipzig climate researcher Haustein. The short phases of particularly intense heat in the current summer and in previous years "should be warning enough to deal with adaptation measures in good time".

1 Saxony-Anhalt: Intel is hoping for a groundbreaking... 2 This is how cities prepare for a gas shortage 3 Gas conflict with Russia: Always trouble with SGT-A65:... 4 Toxic substances, 9-euro ticket, Bafög up to 45 –... 5 Energy crisis: Luisa Neubauer considers "extended... 6 Chaos in Berlin? "Administrative bashing must... 7 Formula 1: The lessons of the Hungarian Grand Prix 8 No all-clear: forest fires in Saxony continue to rage 9 In California, the largest fire of the year progresses 10 This is the greatest love myth of modern times 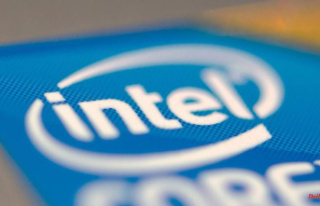 Saxony-Anhalt: Intel is hoping for a groundbreaking...