Looking for ways out of the fire trap: "Germany is now a forest fire country"

Not only in southern Europe, but also in Germany, many devastating forest fires are already raging this summer. 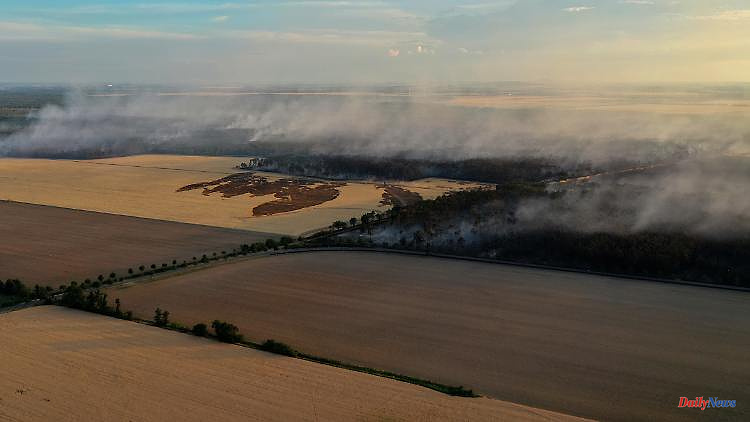 Not only in southern Europe, but also in Germany, many devastating forest fires are already raging this summer. Even if heat itself does not trigger fires, it does encourage them to start. The climate crisis increases the risk of fire. What can be done to contain this danger?

Large clouds of smoke rise above the forest, rows of trees are ablaze below. In Brandenburg, a fire recently broke out over a total area of ​​400 hectares - the equivalent of around 600 soccer fields. Do we have to get used to such images in the future or are there ways we can better protect our forests?

For Somidh Saha from the Karlsruhe Institute of Technology (KIT), the fire was frightening, but did not come as a surprise: "Germany is now a forest fire country," is his conclusion. KIT researchers had investigated in the Brandenburg town of Treuenbrietzen how an ecosystem can recover from fires. However, the most recent fires destroyed a large part of the test areas.

"As a result of climate change, we are now experiencing extreme heat waves and droughts, which of course also increases the risk of fire," says Saha, who heads a research group at KIT. Calculations by the German Weather Service (DWD) have recently shown that in the coming years it will be up to one degree warmer in Germany on average than in the past three decades.

It is clear that heat itself does not ignite a fire. However, according to the climate researcher Christopher Reyer, it can promote the development of forest fires. "The hotter it gets, the more water evaporates," explains the forest expert from the Potsdam Institute for Climate Impact Research (PIK). "This means that more dry fuel is available." According to Reyer, when heat waves are accompanied by extended periods of drought, the risk of forest fires increases. If there is an ignition by lightning or people, "it burns more".

For Johann Georg Goldammer, wind is the most important factor when it comes to the size and speed of spread of forest fires. The fire ecologist and head of the Center for Global Fire Monitoring at the Max Planck Institute for Chemistry and at the University of Freiburg explains: When there is no wind, a fire can be stopped more easily even in extremely dry vegetation than when there is only little wind. This factor is "particularly important for the fire behavior and thus the controllability of a wild fire," said Goldammer.

Monocultures of conifers on sandy soil, such as in Brandenburg, are particularly susceptible to fire. The federal state was again at the top in a comparison of the forest fire statistics in 2021 with 168 fires on around 42 hectares. According to the Potsdam Ministry of Forestry, pine trees grow on around 70 percent of the forest area - more than anywhere else in Germany. In the 18th century, the prevailing oak and beech trees were replaced by fast-growing pines in order to cover the large demand for wood. The GDR continued this strategy.

In such pine forests, not only the trees burn easily. The soil, which consists of pine needles, also dries out quickly and can also burn. In addition, the average amount of rain in Brandenburg is significantly lower than in Bavaria, for example.

Saha therefore assumes that large forest fires over several hundred hectares will be a regular occurrence in Germany. Climate researcher Reyer takes a similar view. Various simulations at the PIK have shown that the climatic risk of forest fires will increase in the future. The climate researcher describes the conditions in Brandenburg with high temperatures, previous drought and wind as "very extreme fire weather conditions".

What can be done now? Saha leads the US, where the National Forest Service invests half of its annual budget in fire protection. For Germany, he recommends training more forest firefighting professionals, reforming structures and responsibilities, and allocating more resources to research on fire prevention, firefighting, fire ecology, and forest recovery after fires.

How different tree species react to fire requires a great deal of research, explains the KIT expert. He is convinced that with a long-term strategy it is possible to make the German forest more resilient: "Our future forests, which are restored after the fires, must be more diverse in their species composition." Reyer is also in favor of such a forest conversion. More structurally rich stocks with a mixture of tree species would have to emerge that "are up to the challenges of climate change," says the climate researcher and forest expert.

So the magic formula for forest conversion is mixed instead of coniferous forest? It's not that simple, says fire ecologist Goldammer. Some hardwood species, which just a few years ago were traded as candidates for the forest of the future, are now proving to be vulnerable. That changes the situation. In the forest fire statistics, this can be seen over the years from the increase in the proportion of deciduous forests in the area burned, explains Goldammer. The general rule is: "A mixed forest can get into a comparable readiness to burn if the drought persists." 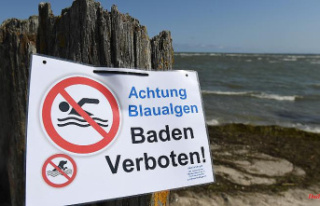