At the North Pole, air temperatures are rising about twice as fast as in other parts of the world. 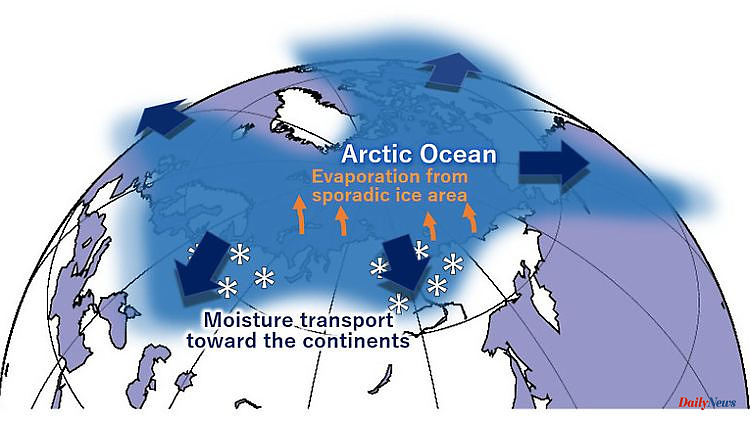 At the North Pole, air temperatures are rising about twice as fast as in other parts of the world. This warming is altering the water cycle in the region. The much greater evaporation of the water has serious effects on the weather there: Heavy rain and snowstorms are becoming more frequent.

The ice retreat in the Arctic Ocean influences the weather on the mainland in the north: Because the air can absorb more water over the open ocean, heavy rain and snowfall events are becoming more frequent in northern Siberia (Russia), for example. This in turn affects the thawing permafrost, from which the strong greenhouse gas methane escapes. These are the results of a study by a group of scientists led by Tomonori Sato from Hokkaido University in Sapporo (Japan). The study was published in the journal "NPJ Climate and Atmospheric Science".

Sato and colleagues used JRA-55, a high-quality and homogeneous data set from the Japan Meteorological Agency. Based on this data, they simulated the humidity and precipitation in northern Siberia in the period 1981 to 2019. Result: The larger the ice-free areas in the seas north of Russia were, the more humidity was carried to Siberia. The sea areas include the Barents Sea, the Kara Sea and the East Siberian Sea. Despite large fluctuations between the individual years, there was a trend towards more snowfall in autumn - more in western Siberia (west of the Urals) than in eastern Siberia.

"Our results highlight the importance of monitoring equatorial moisture transport during the snow accumulation season, as this could amplify local snowstorms if evaporation from the Arctic Ocean increases in the near future," the researchers write. In the North Pole region, average air temperatures are rising about twice as fast as in other regions of the world. One reason: While the light pack ice largely reflects the sun's rays, the dark, ice-free ocean absorbs more heat radiation from the sun, which causes the ice to melt even faster.

In autumn, the water in the Arctic Ocean is still relatively warm and the north winds can absorb a lot of evaporating water and carry it to the Eurasian continent. With increasing global warming, precipitation is also likely to fall more frequently than rain. "Extreme precipitation events in autumn could accelerate the deepening of the active layer in permafrost areas," the researchers warn. A lot of carbon is stored in the permafrost, which escapes as methane when it thaws, for example, which as a greenhouse gas is around 25 times more potent than carbon dioxide (CO2).

Sato's team focused their study on Siberia. However, a pronounced southward extension of Arctic moisture is also found over the Bering Strait and the region from northeastern Canada to Baffin Bay, but not in Greenland. Previous studies have linked heavy snowfall in Europe to low ice cover in the northeastern Barents Sea.

The researchers recommend that future studies should address linking changes in evaporation, moisture transport and storm track along coastal regions of the Arctic Ocean. "Monitoring Arctic moisture behavior should be important for studies related to severe snowstorms in regions around the Arctic Ocean, since southward moisture transport is likely to be associated with cold air outbursts from the polar air mass," they write. 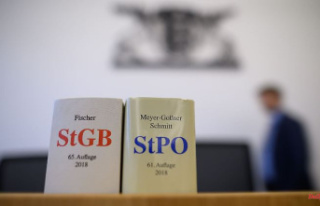