NASA may be on the verge of a sensation: The James Webb Space Telescope has discovered the GLASS z13 galaxy, possibly the oldest and most distant star system ever observed. 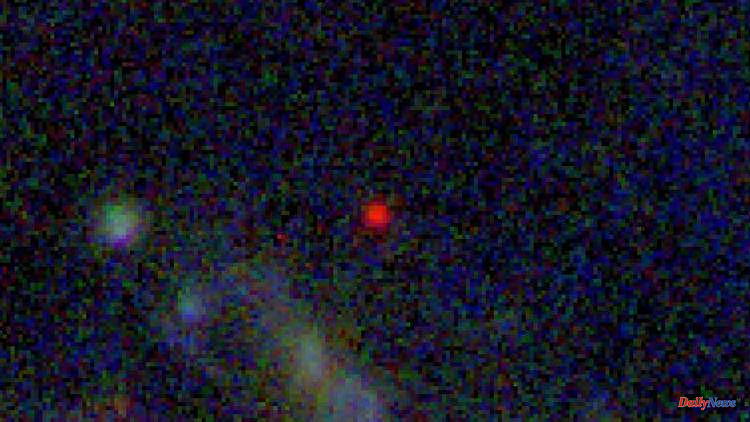 NASA may be on the verge of a sensation: The James Webb Space Telescope has discovered the GLASS z13 galaxy, possibly the oldest and most distant star system ever observed. The 13.5 billion year old new discovery was made 300 million years after the Big Bang.

The James Webb Space Telescope may have discovered a 13.5 billion year old galaxy - making it the oldest and most distant star system ever observed. The galaxy called GLASS-z13 was formed around 300 million years after the Big Bang, says Rohan Naidu from the Center for Astrophysics at Harvard University.

"We are potentially seeing the most distant starlight anyone has ever seen." The discovery by a team of 25 astronomers from around the world is based on preliminary data from a space telescope instrument that captures infrared rays. When the data is visualized, the galaxy appears as a red circle with a brighter center.

The evaluation has already been submitted to a specialist journal, but has not yet been independently checked by other scientists. Nevertheless, experts reacted enthusiastically to the possible discovery. "Astronomy records are already falling and others are shaking," wrote NASA's chief scientist, Thomas Zurbuchen, on Twitter. Normally he only cheers after study results have been checked by other scientists. "But this looks very promising." NASA researcher Naidu said another team of astronomers evaluated the same data and came to a similar conclusion. "That gives us confidence."

The telescope, which was also built with German participation, was launched in December after decades of preparation. It is now more than 1.5 million kilometers from Earth. It explores the early days of the cosmos, just a few hundred million years after the Big Bang around 13.8 billion years ago. Astronomers hope to draw conclusions about the formation of the first stars and galaxies. The telescope also searches space for exoplanets. 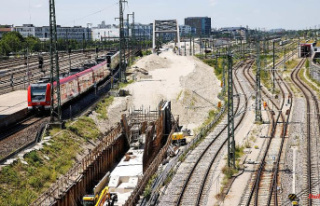