New understanding of function: brain is warmer than expected

The body temperature is usually below 37 degrees Celsius. 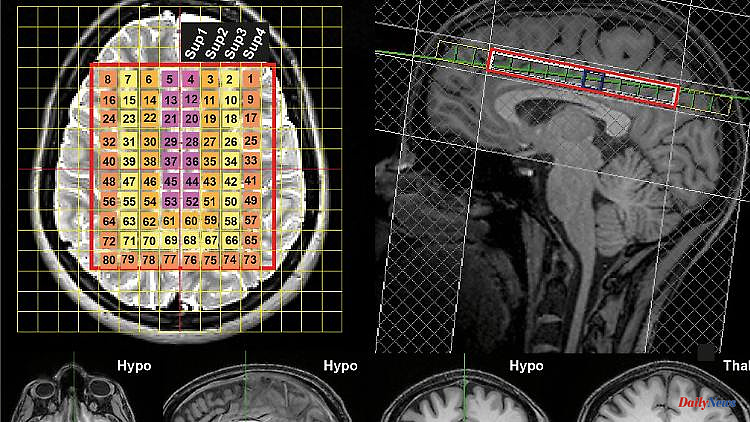 The body temperature is usually below 37 degrees Celsius. The average brain temperature, on the other hand, is higher, a research team finds out. And the temperature also fluctuates throughout the day. It could be problematic if these fluctuations do not occur.

Normal human brain temperature is not only much higher than body temperature. It also fluctuates throughout the day, depending on brain region, gender and age. This is reported by British scientists in the journal "Brain". Their results could also provide clues to the survival chances of patients who have suffered a traumatic brain injury.

40 volunteers between the ages of 20 and 40 were recruited for the study. The team led by study leader Nina Rzechorzek from the MRC Laboratory of Molecular Biology (Cambridge/UK) used a method called magnetic resonance spectroscopy (MRS) to record the temperature of different brain regions of the subjects at several points in time over the course of a day. At the same time, their body temperature was measured under the tongue.

"For me, the most surprising finding of our study is that the healthy human brain can reach temperatures that would be diagnosed as fever elsewhere in the body," said study author and biologist John O'Neill in a statement. "Such high temperatures have been recorded in people with brain injuries in the past, but they were assumed to result from the injury."

In addition, brain temperature also appears to follow the sleep cycle. "We found that brain temperature drops at night before bed and rises again during the day," explains O'Neill. The greatest fluctuations were found in the hypothalamus, which is also referred to as the body's "control center". The study also found that brain temperature increased with age, particularly in the deep brain regions. There, the average increase over the span of 20 years among the participants was 0.6 degrees Celsius. This suggests that the brain's ability to cool decreases with age and may be linked to the development of age-related brain disorders, the authors said.

In the second part of the study, the scientists analyzed temperature data from 114 patients who had suffered moderate to severe traumatic brain injury. Their average brain temperature was also 38.5 degrees Celsius, but it varied more than that of the healthy subjects - from 32.6 to 42.6 degrees Celsius.

The scientists emphasize that further, larger studies are needed to confirm the observed connection, which, moreover, is only correlative: It cannot therefore be assumed that a daily brain temperature rhythm directly increases the survival rate. Still, 24-hour brain temperature measurement could be of great clinical value in such patients, Rzechorzek says.

Based on their measurements, the researchers created "HEATWAVE", a 4D temperature map of the brain: "This map provides a much-needed reference source against which patient data can be compared. It could change our understanding of how the brain works," said Rzechorzek.

1 By more than a quarter: Massive increase in monkeypox... 2 Already five years before: eye examination can predict... 3 There is not only a risk of tooth loss: periodontitis... 4 The matter is complicated: does Finland actually belong... 5 North Rhine-Westphalia: Abuse officer demands "right... 6 Baden-Württemberg: ADAC warns of traffic jams before... 7 Hesse: FES services restricted after hacker attack 8 Person of the week: Swiss central bank governor exposes... 9 Macron will be in Romania to welcome French troops... 10 Impossible to pay for Barça ?: FC Bayern apparently... 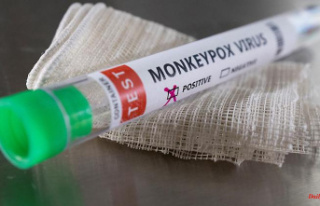 By more than a quarter: Massive increase in monkeypox...