No substitute for humans: robot dog "Spot" roams through Pompeii 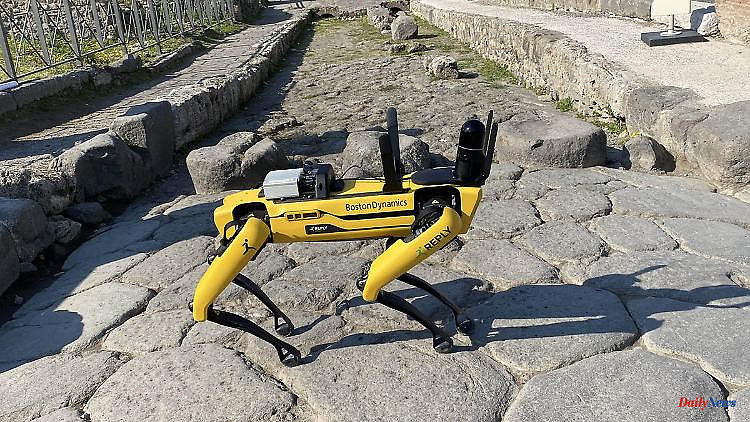 When you think of Pompeii, you think of old stones, archaeological excavations and a touch of the past. But the city that was buried by a volcanic eruption long ago has a new star: a robot to help with research.

Pompeii has a new attraction: the robot dog Spot. Fascinated, visitors follow the black and yellow four-legged friend on his way through the ancient city, some children are more interested in him than in the excavations. But Spot is not only to the delight of tourists in the archaeological site in southern Italy.

"He is supposed to monitor and help preserve the facility," says the director of the facility, the German Gabriel Breeding bar. Spot can also explore those places that are too dangerous for humans. Not even the heavy rain that fell over Italy last week could harm the robot. "Spot will not replace humans," says breeding bar. "But he can make the job easier."

In AD 79, the eruption of Mount Vesuvius destroyed the sprawling Roman city on the Gulf of Naples. There are many underground passages and caves that are hardly accessible to the archaeologists. For the robot dog, on the other hand, it's easy.

It's about the size of a golden retriever and is controlled remotely with a tablet, as Valerio Brunelli demonstrates. Brunelli works for Leica Geosystem. The company directs the robot's exploration missions inside Pompeii. Spot can avoid obstacles independently. Nevertheless, caution is also advisable with a robot dog: "Nobody wants to get their 70 kilos on their foot," jokes Brunelli.

"His technology enables him to explore very difficult places like here in Pompeii," he explains. Equipped with a scanner, Spot can create three-dimensional maps of the site in real time. He has already explored a two-kilometre-long tunnel that no one dares enter because of the danger of collapse and the poor air quality.

The technology for the robot dog was developed by the US company Boston Dynamics, which also builds robots for military use. Its price: 70,000 euros.

Despite the great enthusiasm of the tourists, it is therefore unclear whether Spot will stay in Pompeii permanently. "I'm very confident that Pompeii will buy it, it's a leap into the future for a millennia-old site," Brunelli says. Chief archaeologist breeding bar, however, is still hesitating. "The technology industry changes so quickly that sometimes it's not worth buying," he says. "We still have to make a decision." 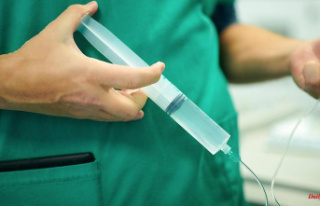