Only a few studies: Vegan nutrition in dogs - is that possible?

The dog descended from the wolf. 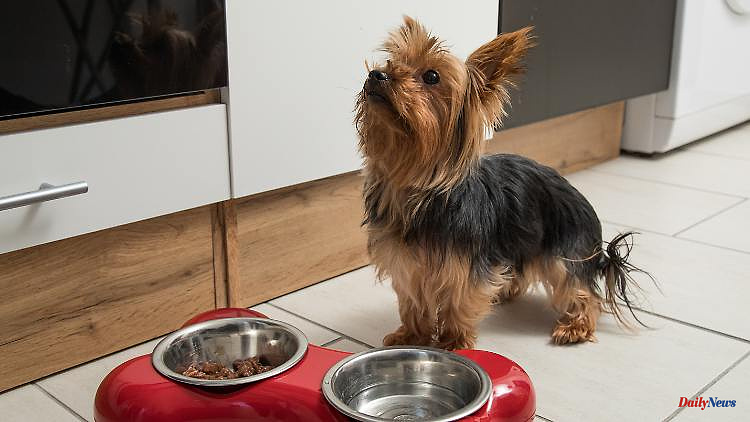 The dog descended from the wolf. Like this one, it mainly eats meat, but not only. But could he also be fed completely plant-based, i.e. vegan? Studies may provide initial clues.

Factory farming and the climate crisis have spoiled many people's appetite for meat. According to figures from the Federal Ministry of Food and Agriculture, 14 percent of people in Germany were vegetarian or vegan last year. But when it comes to their pets, owners can quickly find themselves faced with a dilemma: How can it be justified to bring in kilos of meat for dogs and cats that you yourself reject for ethical or other reasons?

Dogs once had to be content with leftovers. Today there is food that is specially tailored to the needs of the more than ten million dogs in Germany, some of the ingredients of which read like those of a dish for humans and which also takes into account different nutritional philosophies: There is food made from organic ingredients, from insect puree, among other things , gluten-free, vegetarian and vegan food.

Vegan dog nutrition in particular is met with great reservations by experts and dog lovers. "Many still see the wolf in the dog - but don't know that the wolf didn't just eat meat," says Volker Wilke from the Institute for Animal Nutrition at the University of Veterinary Medicine in Hanover. The dog is therefore also not a pure carnivore. "During the thousands of years of domestication, it was fed as an omnivore and sometimes much less meat than today," emphasizes Wilke. But is the plant-based food enough for a healthy diet for dogs?

A study recently published in the journal "Plos One" may provide initial indications. British and Australian researchers asked more than 2,500 owners about the health of their dogs and compared how often they had to go to the vet, for example, or whether they received medication. 54 percent gave their dogs conventional food, 33 percent relied on raw meat and 13 percent fed their dogs vegan.

The result: The dogs that received classic food seemed to be the least healthy, the scientists report. Dogs that ate raw meat were said to be slightly healthier than those fed vegan. The differences between these two groups could also be explained by the fact that the dogs that ate raw meat were on average younger than the vegan ones and that their owners took them to the vet less often. Previous studies had also shown that the risk of malnutrition and the ingestion of pathogens is greater with a diet containing raw meat. Taken together, the experts therefore come to the conclusion that a balanced vegan diet is the healthiest and safest for dogs. The study was financed by the organization ProVeg International, which claims to be committed to animal-free nutrition.

Ellen Kienzle, Professor of Animal Nutrition at the Ludwig-Maximilians-University in Munich, considers the validity of the study to be limited: "It was about subjective perception." As long as a dog doesn't show clear symptoms of illness, the owners can't even assess whether it's sick, she says. Feeding dogs vegan - Kienzle doesn't believe in that at all. "Nobody knows how the availability of nutrients changes with the vegan diet - and we know that it changes." So far, there have only been a few studies on this. For precise statements, however, studies on each individual nutrient would be required. But even if you take blood from a dog for research, that is considered an animal experiment that requires approval. "You have to demonstrate the indispensability of the project," emphasizes Kienzle. And it is not essential.

From their point of view, as long as people eat meat, there will be enough leftovers such as organs and bones that can only be used in animal feed. "Then the vegan diet is a pure sensitivity thing, a transfer of one's own attitude to the dog, and that's not fair," she says. According to previous studies, people who do not eat meat themselves come up with the idea of ​​feeding their dog a vegan or vegetarian diet.

At Volker Wilke's institute, researchers have been working on meatless nutrition for dogs for some time. "The previous studies indicate that the dog can also be supplied with all the necessary nutrients through a plant-based diet using certain additives," he says. However, it is also more difficult to produce a vegan diet and requires a lot of specialist knowledge so that it covers needs.

But do dogs that have been fed conventional food taste the vegan food at all? Volker Wilke wanted to test this in a blind study in which 24 students and their dogs took part. Some fed the dogs vegan dry food from two manufacturers, while a control group continued to feed them food containing meat. For two weeks, the owners of the study were asked to record whether their dog liked the food and what the composition of its faeces was like.

"Three dogs were among the animals with vegan food that refused. As a result, acceptance was not significant, but tended to be somewhat lower," says Wilke. "But the others ate it with pleasure." However, the study was not representative due to the small number of participants.

According to Wilke, vegan nutrition for dogs is still a niche topic. But he notes that interest in it is increasing - also in science. But in order to be able to estimate exactly how the dogs get it, long-term studies are needed that examine various objective health parameters such as certain blood values, effects on the coat texture or, if necessary, the fitness of the animals.

By the way, the situation is completely different with cats: they are pure carnivores and cannot be fed vegan, warn both Wilke and his Munich colleague Kienzle.

1 Earthquake caused by fracking?: "It would be... 2 Ritual with a psychological meaning: can we break... 3 First case in Germany: How dangerous is the monkeypox... 4 Eavesdropping is impossible: When a bee has to go... 5 Budget over half a billion euros: federal government... 6 Help with skin problems: Dolphins use corals as medicine 7 Power supply becomes a problem: Mars lander "Insight"... 8 Communicating through taste: Dolphins can recognize... 9 Accidental find in Paraguay: Researchers discover... 10 Tooth found in cave in Laos: Denisova man also lived... 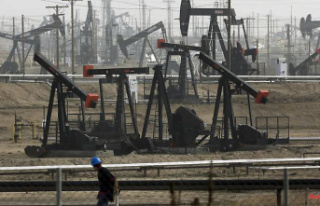 Earthquake caused by fracking?: "It would be...