Alzheimer's research has been marked by failures for years. 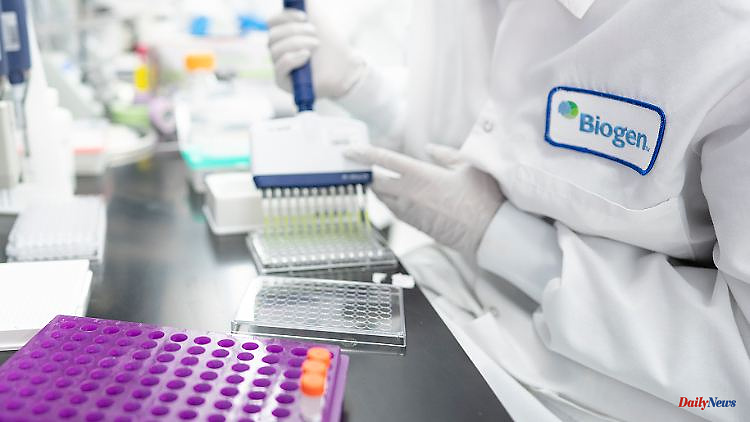 Alzheimer's research has been marked by failures for years. However, a study of the new drug from the biotech companies Biogen and Eisai delivers promising results. Compared to the alternative remedy, there is also an important advantage.

The US biotech group Biogen and its Japanese partner Eisai are raising hopes for a new Alzheimer's drug with study data. In a large study with patients in the early stages of the disease, the drug lecanemab was able to significantly slow down the cognitive and functional decline - a rare success in Alzheimer's research, in which there are many failed drug projects.

In the pivotal phase 3 clinical trial, lecanemab slowed disease progression by 27 percent compared to a placebo. The main objective of the study was thus achieved. The two companies are now hoping for US approval for the drug early next year. Approval in Japan and Europe is also to be applied for.

"When you can slow down a disease by almost 30 percent, that's fantastic. That's what we were looking for," said neurologist Jeff Cummings of the University of Nevada Las Vegas. Ronald Petersen of the Mayo Clinic in Minnesota said the effect, while not large, was positive. Eisai said the results of the study, which involved nearly 1,800 patients, support the long-held theory that removing deposits of the protein beta-amyloid from the brains of people with early-onset Alzheimer's disease can delay the progression of the disease. The data on lecanemab point to a "potential new multi-billion dollar deal," said Jefferies analyst Michael Yee.

Like the two partners' Alzheimer's drug Aduhelm, lecanemab is an antibody that is to be administered intravenously and is intended to remove amyloid deposits. Unlike Aduhelm, lecanemab targets forms of amyloid that have not yet clumped together. Aduhelm was the first new Alzheimer's drug to hit the market in the past 20 years, after a long string of industry failures. However, its approval in the USA is controversial. There, the FDA had given the green light, although an advisory board had previously spoken out against it.

Since then, business with Aduhelm has been sluggish. According to the FDA, the clinical studies with the agent showed a significant reduction in deposits. However, some patients developed potentially dangerous brain swelling. Other experts were skeptical as to whether Aduhelm could really slow down cognitive decline.

In the study of lecanemab, the rate of brain swelling was 12.5 percent in the group receiving the drug versus 1.7 percent in the placebo group. However, in many cases there were no symptoms, with symptomatic brain swelling observed in 2.8 percent of patients in the lecanemab group. Mayo Clinic neurologist Petersen said the rate of side effects was much lower than with Aduhelm and "certainly tolerable."

Many pharmaceutical companies have already had to cope with failures in Alzheimer's research. Roche's crenezumab antibody recently failed in a clinical trial. Almost 50 million people worldwide suffer from dementia and ten million new diseases are diagnosed every year. Alzheimer's is the most common form of the disease.

1 Mecklenburg-Western Pomerania: No procedure for Stralsund's... 2 Saxony-Anhalt: the base of the Naumburg Cathedral... 3 Baden-Württemberg: survey: people are very worried... 4 Hesse: Liberals call for emergency funds for craft... 5 Thuringia: FDP wants the end of the obligation to... 6 Baden-Württemberg: girl device under tram 7 Mecklenburg-Western Pomerania: Caritas calls on higher... 8 Bavaria: After a visit to the Wiesn, a man is in mortal... 9 North Rhine-Westphalia: AFD politician Blex faces... 10 Saxony-Anhalt: free schools win more money: how much... 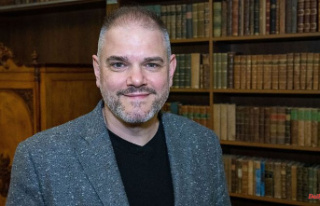 Mecklenburg-Western Pomerania: No procedure for Stralsund's...