The Crispr/Cas gene scissors are an important tool for the future. 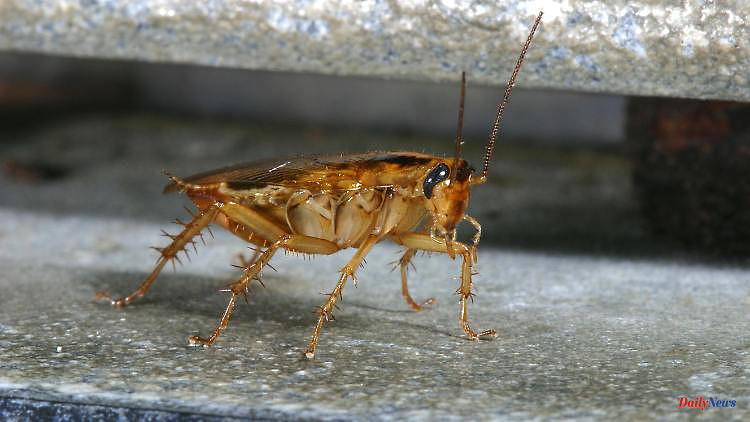 The Crispr/Cas gene scissors are an important tool for the future. For example, it could help modify pests without killing them. An attempt with cockroaches was successful. The researchers use the eye color of the offspring to show what can be changed.

Scientists have developed a simple method to selectively modify insect genomes using Crispr/Cas gene scissors. In the special procedure, they injected the previously adapted gene scissors into the abdominal cavity of female cockroaches and beetles, where they were absorbed into the egg cells during yolk formation. In the proof of concept, the Japanese-Spanish team used this method to change the eye color of offspring of the insects. In the journal Cell Reports Methods, the group led by Takaaki Daimon from Kyoto University estimates that the method can be applied to 90 percent of all insect species, including agricultural and medicinal pests.

The gene scissors Crispr/Cas works in all cells, in yeasts, plants, animals and also in humans. The system has a specially tailored RNA sequence that recognizes the desired cut point in the DNA molecule - in this case the region that is responsible for the color of the insect's eyes. The coupled Cas protein then cuts through the strand of genetic material at that point so that genetic material can be inserted, removed or modified. The cell reassembles the strand itself using its repair mechanisms.

In order to use the gene scissors in insects, they have to be introduced into the cells at an early stage of embryonic development. This is difficult with cockroaches because they lay an egg packet - the so-called ootheca. Daimon and colleagues therefore resorted to administering the appropriate injections to the mother animals. "Entomologists are now, to a certain extent, freed from the hassle of injecting eggs," Daimon is quoted as saying in a statement from the journal.

For the first part of their experiments, the researchers used the German cockroach (Blattella germanica). With the gene scissors, they switched off a gene that contributes to the formation of the dark pigment in the animals' eyes. As a result, up to 22 percent of the offspring had light eyes - the dark pigment was missing.

In similar experiments with the red flour beetle (Tribolium castaneum), up to 71.4 percent of the offspring had bright eyes or mosaic eyes. The researchers emphasize that the timing of the injection is important: the success rate was highest on days 4 and 5 after the beetles had reached the adult stage.

A similar effect was also seen in the cockroaches: the highest number of offspring with light-colored eyes was obtained when the dams were given the injection on day 4 or 5 after laying an egg packet. It is during this time that the injected materials appear to be most effectively incorporated into the yolk of the next egg packet.

According to the authors, the method has another advantage: a Cas9 protein is used, which can be purchased from specialized suppliers. As a result, the protein does not have to be specially tailored to the living being in which it is used. This saves a lot of equipment and laboratory work. The authors assume that their method can also be used outside of highly specialized laboratories.

In principle, it would be possible to apply a similar approach to other arthropods, such as mites or ticks, in addition to insects, says Daimon. However, the method does not work in one important model organism: the fruit fly (Drosophila melanogaster). The reason for this is that the egg formation process in this species is different from that in most other insects.

1 Rain cleans the air: those allergic to pollen suffer... 2 From younger to older animals: exchange of cerebrospinal... 3 Downside of lighting: Light pollution is a torture... 4 Syphilis experiment in the USA: The consequences of... 5 Spectacle for early risers: Here you can see the total... 6 Widespread disease obesity: the number of overweight... 7 Healthy Aging Recipes: Can Eating Right Prolong Life? 8 Researcher identifies enzyme: biomarker for sudden... 9 Agriculture in space: Plants grow for the first time... 10 Researchers take the first picture: This is what the... 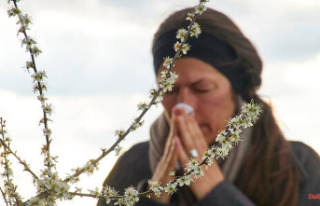 Rain cleans the air: those allergic to pollen suffer...