Many children are currently infected with the RS virus. 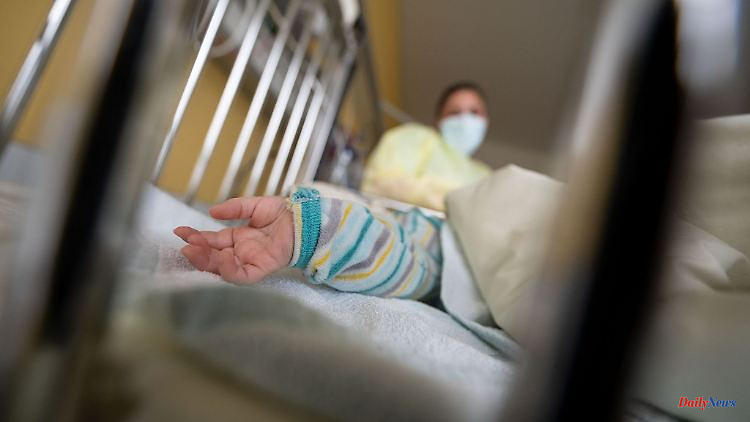 Many children are currently infected with the RS virus. Parents are worried: what are the signs of a severe course? And can I protect my child? A pediatrician provides answers.

In the first two years of life, almost every child is infected with the respiratory syncytial virus (RSV for short). What is a mild cold for some children can end up in hospital with pneumonia for others.

Which warning signs for a severe RSV infection should parents know and take seriously? And: Is it now possible - in times of overburdened children's hospitals - to protect your child from being infected with the virus? A specialist in paediatrics provides answers.

What makes RSV infection so treacherous for little ones?

"RSV is a respiratory virus that you can get infected at any age," says Sven Armbrust. He is chief physician of the clinic for children and youth medicine of the Dietrich-Bonhoeffer-Klinikum in Neubrandenburg.

However, the very young children are most at risk - between zero and six months. "What might be a bit of snot in the upper respiratory tract in the older sibling can be shortness of breath in the little ones," says Armbrust.

According to the pediatrician, the virus attacks the pulmonary framework, making it difficult for the exchange of oxygen and carbon dioxide in the blood. And: In infants, the anatomy of the respiratory tract is much finer anyway - and therefore more sensitive. RSV infection can therefore lead to bronchiolitis, an inflammation of the small bronchi, or pneumonia - cases that often require hospital treatment.

What are alarm signs?

Parents should take any signs of shortness of breath seriously - such as when the child is short of breath or breathing particularly quickly. Sometimes, according to Armbrust, the child's nostrils move particularly clearly when breathing. Or on the ribs or at the top of the neck, the skin pulls inward with every breath.

According to the Federal Association of Pediatricians (BVKJ), a wheezing noise when exhaling is also an alarm sign. Wheezing means: When breathing, it whistles, crackles or hisses.

In the case of the very young, there is often a lack of drinking. "They should definitely be examined," says Sven Armbrust. Sometimes it's just a stuffy nose. Because the little ones are pure nose breathers. But whether it is the snot in the nose or an inflammation of the airways as a result of an RSV infection - only the doctor can judge that.

Another warning sign are bluish discolored lips. They indicate that there is already a lack of oxygen in the tissue. "These are all alarm signals that parents should definitely bring to the doctor's office," says Armbrust.

Even if the infection is accompanied by a high fever. Because that often indicates that there is a second infection in the body - with bacteria. Because the RS virus is a door opener for other pathogens such as pneumococci.

When should parents get help?

All of the signs mentioned are reason enough to quickly initiate an assessment by a professional - in the pediatrician's practice or in the emergency room. "The rule of thumb is: The smaller the children are, the faster you should let someone look at them," says Armbrust.

Which children are particularly at risk?

Children with congenital heart, lung or neurological disorders are at increased risk of developing severe RSV infection. This also applies to premature babies.

But: These children can be protected by passive immunization. Palivizumab is an antibody that can be injected every four weeks in children during RSV season. According to the Robert Koch Institute, the protective effect begins when the first dose is administered. But after the second she increases again.

But: The medical societies only recommend this passive immunization for children who belong to the risk groups. However: According to Armbrust, around two thirds of the children who are currently being treated in hospital are not part of the risk group, but so-called “mature infants”.

Can I prevent my child from coming into contact with the virus now - in times when children's hospitals are overwhelmed?

"It's very difficult," says Sven Armbrust. "The pathogen is there. Snuggling isn't possible." After all, the RS virus does not only circulate among the little ones.

And: The virus can remain in the air or on surfaces and be transmitted in this way. For example, touching a shopping cart on which an adult with a cold had previously sneezed.

But the well-known rules of hygiene can reduce the risk of infection somewhat. "Anyone who walks through the front door - comes from shopping or from work - goes to wash their hands," Armbrust advised. "This means that a certain number of pathogens are not allowed in at home." Also the RS virus.

But what supports the immune system so that it can do its job as well as possible: drink enough. Because that keeps the mucous membranes moist. "I always tell the parents: The virus slips on the smooth surface and can't bite."

However, there is no such thing as 100% protection against RSV infection. Especially not when there is a sibling who is already going to daycare. 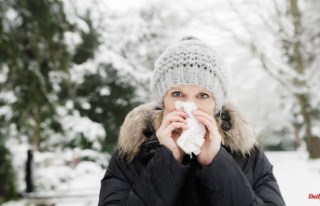 Temperature in the nasal cavity: Cold affects the...