Sars-CoV-2 not the trigger: Are Alzheimer's and Covid-19 related?

Covid-19 is often associated with neurological disorders and Alzheimer's disease with certain pathogens. 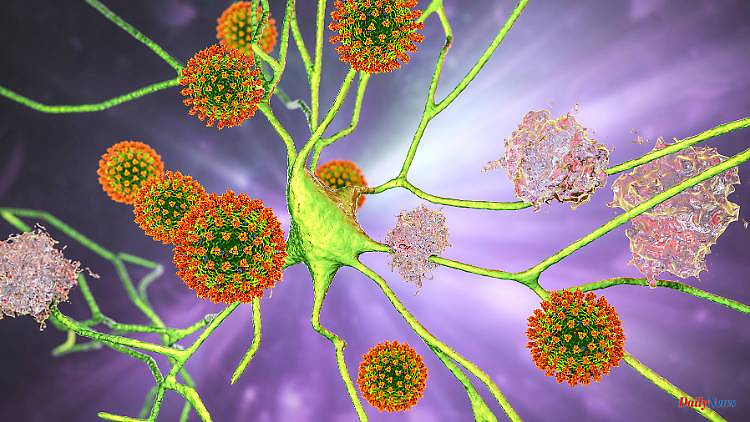 Covid-19 is often associated with neurological disorders and Alzheimer's disease with certain pathogens. Researchers are therefore examining large amounts of data and are recognizing the first indications between a Sars-CoV-2 infection and the diagnosis of Alzheimer's.

People who had Covid-19 at the beginning of the pandemic had an increased risk of being diagnosed with Alzheimer's the following year. This is what researchers from Case Western Reserve University in Cleveland, Ohio, found out. According to the results of their study, 69 percent of people who had previously had Covid-19 were diagnosed with the neurodegenerative disease Alzheimer's disease within a year. The research group's findings were published in the Journal of Alzheimer's Disease.

For the study, the data of the so-called TriNetX network was accessed, in which the electronic medical records of more than 95 million Americans are stored anonymously. From this, Rong Xu's team identified a total of 410,748 people who had to receive medical treatment for Covid-19 between February 2, 2020 and May 30, 2021.

These people were matched with a control group of the same number, composed of 5,834,534 people without Covid-19. The people in the control group were selected in such a way that they were as similar as possible to those in the Covid-19 group in terms of important factors such as age, gender, origin and lifestyle. No one had previously been diagnosed with Alzheimer's. All study participants included were over 65 years old.

Analyzing the data, the research team saw that the Covid-19 group was 69 percent more likely to be diagnosed with Alzheimer's within a year compared to the people in the group who were not proven to be infected with Sars-CoV-2. According to the researchers, people who were over 85 years old and women were particularly affected.

The data currently do not allow any clear conclusions to be drawn about a direct connection between an infection with Sars-CoV-2 and Alzheimer's disease. However, they could support the much-discussed thesis of an infectious cause as an amplifier of the neurodegenerative disease. At the same time, the researchers assume that Sars-CoV-2 cannot be the cause of Alzheimer's disease, because Alzheimer's, a widespread form of dementia, is a disease that develops over many years. However, it is conceivable that an infection with the corona virus can also lead to an acceleration of Alzheimer's. This would also explain the increase in Alzheimer's diagnoses in the Covid-19 group.

Conversely, it would also be possible that undiagnosed Alzheimer's disease leads to an increased susceptibility to infection with Sars-CoV-2. The researchers are therefore planning to compare their results with data from other sources. In addition, longer-term follow-up observations are necessary to gain more clarity about the mechanisms of the diseases.

1 Saxony-Anhalt: German Kita Prize 2023: Kita from Aschersleben... 2 Secrets of choosing a hidden door 3 Traffic light coalition under pressure: only a minority... 4 Save or stop production?: This is how industry reduces... 5 Subscription period started: Demand for Porsche shares... 6 Critical GPs in China and Qatar: Formula 1 inflates... 7 "Like winning the lottery": When Matthäus... 8 Save energy costs: radiators should now be bled 9 North Rhine-Westphalia: Woman kicked in the head:... 10 Saxony-Anhalt: SPD parliamentary group calls for relief... 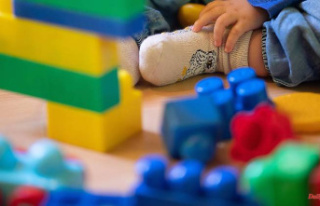