In some countries, foods are fortified with vitamin D. 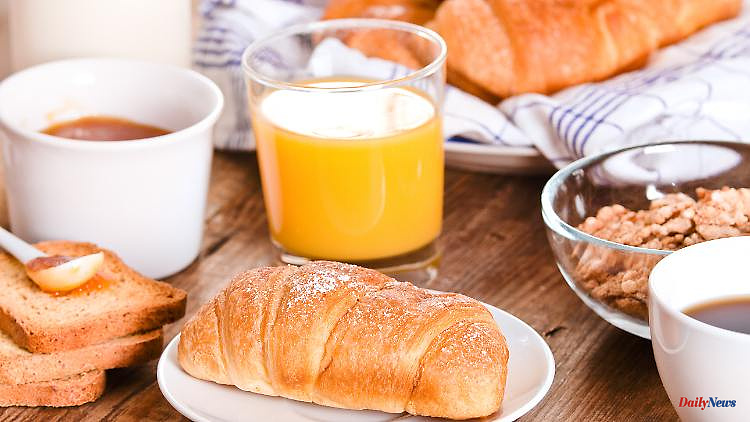 In some countries, foods are fortified with vitamin D. According to estimates, this prevents around 27,000 cancer deaths per year. "According to our model calculations, if all countries fortified foods with adequate amounts of vitamin D, around 130,000 or around nine percent of all cancer deaths in Europe could be prevented," says Hermann Brenner, who headed the study. Tobias Niedermaier, a researcher from the Department of Clinical Epidemiology and Aging Research at the German Cancer Research Center in Heidelberg, explains why.

What do we know about the connection between vitamin D supply and cancer? How does vitamin D counteract this?

Vitamin D does not reduce the risk of cancer, but it does reduce the risk of dying from cancer. It has a variety of effects on the immune system and basically has an immunomodulating effect. It suppresses cancer-promoting factors, so-called oncogenes and chronic inflammatory reactions. The assumption is that the multiple effects of vitamin D on the entire immune system and especially on cancer cells increase the probability of surviving cancer. Always in addition to the established therapies, by no means as a substitute.

The immune system also plays a crucial role when it comes to eliminating cancer cells that occur in our body every day. Doesn't vitamin D support the immune system in this daily fight and in this sense has a preventive effect?

That cannot be ruled out, but there is not enough data to suggest that vitamin D supplementation reduces the risk of cancer. However, there are plausible reasons to assume that a reduction in cancer risk, even if it exists, has not been found by previous studies. This includes, for example, that the comparison groups often also took vitamin D or that vitamin D was given in the wrong form, for example in insufficient doses or in very high monthly doses instead of daily small doses.

What was the basis of your investigations?

The cornerstone was a meta-analysis of randomized studies, according to which the administration of vitamin D in tablet form in a dosage of 400 international units per day reduces cancer mortality by eleven percent.

But surely not all studies came to this eleven percent?

Preparations were given in the studies, why do you advocate vitamin D fortification of foods?

I had recently published a study with colleagues for which we had looked at literature on accumulation and serum levels. The question was: when fortified foods are eaten, how much does the serum level of vitamin D increase? We found that the range of serum increases was virtually identical to the serum increases from the studies that administered 400 units per day in tablet form. Our conclusion: If food is adequately fortified with vitamin D, serum levels can be increased similarly to those obtained with the administration of vitamin supplements.

But is fortifying food therefore the better way?

Only a minority of the population takes vitamin D tablets. If foods were fortified, people would get out of their vitamin D deficiency almost automatically. Just like iodized table salt has long been commonplace and has greatly curbed the formerly widespread iodine deficiency and its consequences. It would be a simpler, cheaper, and more effective way to improve vitamin D levels in the population.

Adding something to a finished product is easy. But if I consciously eat healthy, I don't sprinkle vitamin D on my broccoli.

That's right. But you can fortify a number of foods that are absolute staples that everyone consumes or should consume: orange juice, bread, milk, yogurt, oat milk, cereals. It's not like you can fortify everything, because vitamin D is also lost through processing and preparation. But the range of suitable foods is large enough to reach everyone.

The press release cites the USA, Canada and Finland as example countries where this is already being done. Is that "the" three or how common is enrichment?

It is not particularly widespread in Europe. The only countries enriching significantly are Finland and the United Kingdom, and to a lesser extent Iceland and Sweden. Apart from that, there is no country that would systematically enrich itself.

What conclusions could you draw where vitamin D was added to food?

There is a study that compared serum levels in Finland in 2000 and 2011. Of the 6,000 Finns in the study, just 44 percent had an adequate supply of vitamin D with serum levels above 50 nanomoles per liter in 2000. Milk, dairy products, margarine, orange juice and cereals have been systematically fortified with vitamin D there since 2003. And in 2011, more than 90 percent were sufficiently supplied with vitamin D. This shows that even in a country with long, dark winters, fortifying foods with vitamin D can greatly reduce the spread of a deficiency. It is well established that fortification is effective.

Do you also have corresponding values ​​for Germany?

Sunlight is the main source of vitamin D production for humans, and there isn’t that much in the diet…

Exactly. The problem is that the majority of the population in Germany has a vitamin D deficiency over the year or at least suboptimal supply. Because the sun's rays are not intense enough in winter and you should also protect yourself from the sun's rays in summer. The golden mean is right. If attempting sun exposure, as many parts of the body as possible should be exposed to the sun, but not for too long to avoid sunburn. The duration varies depending on the skin type and the season, that cannot be said in general terms.

They said the more vitamin D given, the better the results...

Is there a risk of overdose?

Of course you shouldn't overdo it. Up to 4000 units a day are considered safe. You cannot overdose on sunlight, the body stops production in good time when exposed to high levels. An overdose from dietary supplements is theoretically possible. Practically, that happens maybe a handful of times a year. There are very highly fortified preparations, 20,000 units in a capsule. The recommendation then is to take one of these capsules every 20 days. If you take one such capsule - or even several - per day, it is quite possible that you will get problems. Too much vitamin D leads to high calcium levels in the blood, which can also be very dangerous. It is important to note that if food is fortified in the usual amounts, there is no risk of overdosing. 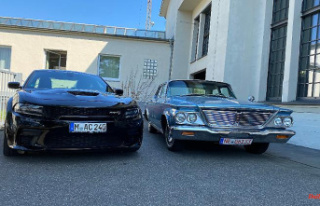