A jellyfish native to the Mediterranean Sea is biologically immortal. 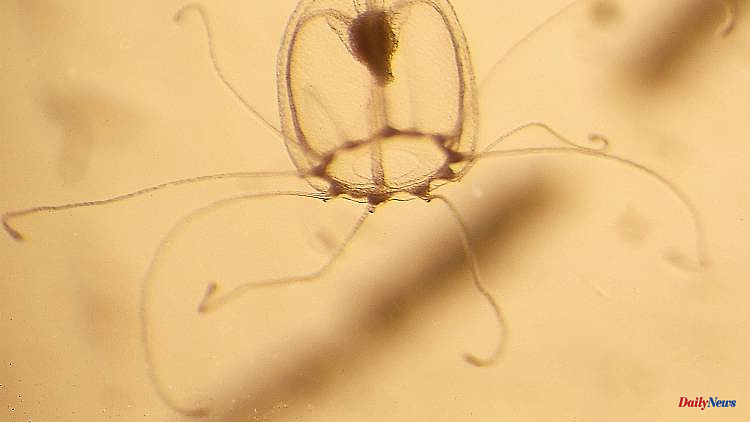 A jellyfish native to the Mediterranean Sea is biologically immortal. The animal can rejuvenate and mature again - i.e. repeat its life cycle at will. Researchers are trying to uncover the genetic secret behind it.

The Mediterranean jellyfish is small and inconspicuous, but it causes a stir among biologists: Turritopsis dohrnii, which is just under half a centimeter in size, is the only animal species known to be biologically immortal.

During their life cycle, jellyfish develop from a fertilized egg into a larva, which attaches to the substrate, grows and becomes a polyp. The Medusa - the actual jellyfish - detaches itself from this and then floats through the sea. A T. dohrnii medusa can now transition back to the polyp stage and later mature back into the medusa in the event of injury or starvation. The species can repeat this back and forth in the life cycle indefinitely - so it does not age. However, the animals can still die, for example if they are eaten.

A Spanish research team recently described in the "Proceedings" of the US National Academy of Sciences ("PNAS") how the genome of the source, which is native to Italy and around the Balearic Islands, contributes to its immortality. In the study, the group led by Maria Pascual-Torner from the University of Oviedo compared the genome of T. dohrnii with that of the closely related species T. rubra, which is not immortal. In particular, the researchers focused on almost 1000 genes that are associated with aging processes and DNA repair.

According to this, the jellyfish T. dohrnii has more efficient mechanisms for both replication and repair of its DNA compared to its relatives. Examples of this are the genes POLD1 and POLA2, both of which carry the blueprints for different forms of the enzyme polymerase, which is important for the replication of DNA. Of these two genes, T. dohrnii has four and two copies, while T. rubra has only one each. The same applies to various genes for gene repair.

Protection against oxidative stress - i.e. damage to cells by reactive oxygen species - is also particularly pronounced in the immortal jellyfish: it has around five copies of the TXN gene, which carries the blueprint for the protective thioredoxin proteins, compared to only two copies with their mortal relatives. All of these factors protected the species from accumulation of DNA damage from internal and external factors, the team writes.

The scientists also found differences in the telomeres - the protective caps on the ends of the chromosomes, which become shorter with age. T. dohrnii has two copies - and not just one like T. rubra - of the gene GAR1, which is important for the formation of telomerase. This enzyme protects the telomeres from getting shorter. 'This result suggests that telomerase activity may be enhanced or finely regulated in this species,' the study states.

However, not only the existing genes and the number of their copies are interesting - but also their activity patterns in the course of the life cycle. For example, when the medusa rejuvenates into a polyp, the genes responsible for growth and development become more inactive. On the other hand, pluripotency genes are increasingly coming into play - they ensure that cells can develop into different tissue types. All of these, the group writes, are key elements in "the remarkable ability of T. dohrnii to rejuvenate and evade death."

1 Ramping up the assembly lines begins: Nikola starts... 2 Baden-Württemberg: Driver comes off the road and... 3 Mecklenburg-Western Pomerania: Universities start... 4 Hesse: Children's representative for more attention... 5 Bavaria: Thief is said to have stolen alcohol worth... 6 North Rhine-Westphalia: NRW is gearing up for more... 7 Bavaria: Police confiscate package with one kilogram... 8 Baden-Württemberg: Before the next corona wave: the... 9 Saxony-Anhalt: Man crashes into police officers with... 10 Hesse: Retirement: State Police President Ullmann... 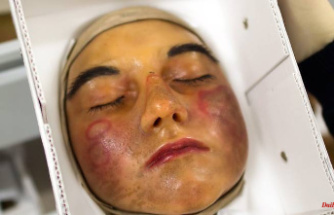 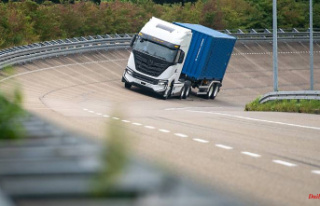