Difficulty breathing, loss of smell, exhaustion: these are some of the symptoms that people who have survived a corona infection complain about. 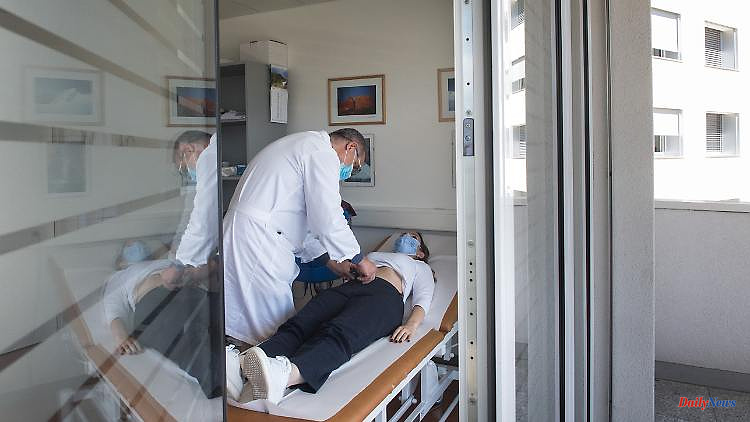 Difficulty breathing, loss of smell, exhaustion: these are some of the symptoms that people who have survived a corona infection complain about. According to a study, researchers are now quantifying the proportion of those affected by long-Covid among those who were infected between March 2020 and August 2021.

Every eighth corona infected person suffers from at least one symptom of Long Covid weeks or months after infection. This is the result of a large-scale study from the Netherlands, which was published in the specialist journal "The Lancet". The researchers had asked more than 76,400 adults to fill out an online questionnaire on 23 common long-Covid symptoms. Between March 2020 and August 2021, each participant completed the questionnaire 24 times.

During the study period, more than 4,200 or 5.5 percent of the participants stated that they had been diagnosed with a corona infection. Around one in five (21 percent) of those infected had at least one new or severely intensified symptom three to five months after infection. However, almost nine percent of the uninfected participants also reported a similar increase. According to the researchers, the data indicate that 12.7 percent of corona patients - i.e. about one in eight - suffer from long-term complaints.

A special feature of the study is the large uninfected control group, with the data of which the researchers were able to distinguish between real late effects of corona and general effects of the pandemic. Symptoms before and after infection were also recorded in those infected, allowing the researchers to determine exactly which symptoms are related to the coronavirus. Common long-Covid symptoms are chest pain, difficulty breathing, muscle pain, loss of taste and smell, and general fatigue.

"By looking at symptoms in an uninfected control group and in people both before and after Sars-CoV-2 infection, we were also able to account for symptoms that may be due to other health aspects of the pandemic, such as stress Constraints and uncertainty," said author Aranka Ballering from the University of Groningen.

However, the authors point out that the study does not include newer corona variants such as Delta or Omicron. Therefore, it also does not provide any data on symptoms such as brain fog, which have only been considered a common sign of Long Covid since the appearance of the newer variants. Future studies should therefore also examine psychological symptoms such as depression and anxiety, as well as aspects such as brain fog, insomnia and exhaustion even after minimal physical exertion, recommended study author Judith Rosmalen.

Experts Christopher Brightling and Rachael Evans from the University of Leicester, UK, who were not involved in the study, praised the study as a "major advance" over previous studies on Long Covid. It is encouraging that "new data from other studies indicate that there is a lower long-COVID rate in people who are vaccinated or infected with the omicron variant," they wrote in The Lancet.

1 Activists start setting up the climate camp in Hamburg 2 Meeting in Sochi: "Despite the current challenges":... 3 Lindner asked the Porsche boss for "argumentative... 4 Conflicts: Chinese embassy accuses Baerbock of "insinuations". 5 Kremlin: Putin and Erdogan agree on closer cooperation... 6 The only correct message to China - and to every authoritarian... 7 China stops cooperation with the US in important areas... 8 Jürgen Klopp's angry speech shortly before the... 9 More drinking water, dry crops: the government faced... 10 Ligue 1: time for the big start for the new PSG, Mbappé... 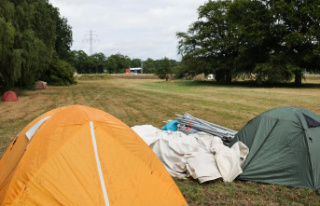 Activists start setting up the climate camp in Hamburg