Not only the waiting rooms in the pediatrician's surgeries are full, but also the children's wards in hospitals. 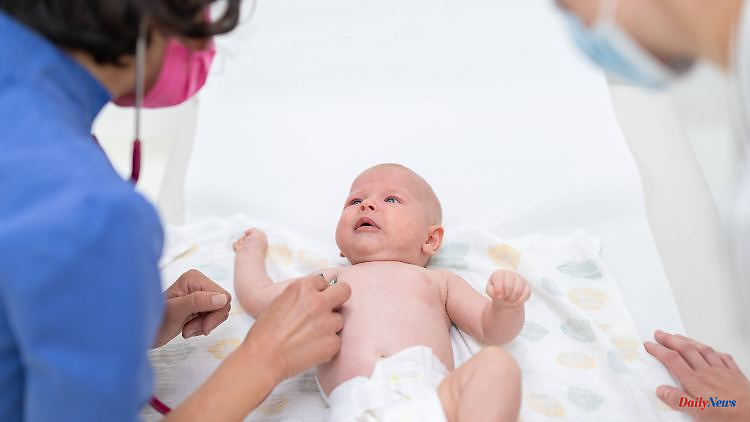 Not only the waiting rooms in the pediatrician's surgeries are full, but also the children's wards in hospitals. This is also due to infections with so-called RS viruses. ntv.de has compiled here what it is all about, who has a particularly high risk of a severe course and how an RSV infection can be determined.

What is behind an RSV infection?

This is the abbreviation for acute diseases caused by so-called respiratory syncytial viruses. The pathogens can infect the upper and lower respiratory tract. This means: they spread in the mucous membranes of the nose, the trachea, the paths to the lungs and in the lungs themselves. The path of spread via the airways is explained as respiratory. Syncytial is a medical term used to explain tissue properties. In the case of RSV infections, these are giant cells with multiple cell nuclei, so-called syncytia. RS viruses are related to measles and mumps pathogens.

Where are RS viruses found?

RS viruses are distributed worldwide. In Central Europe they spread mainly in the winter months. "The peak of the RSV season lasts about four to eight weeks, mostly in January and February, less often in November and December. In recent years there has also been an annual rotation of this winter RSV season with an earlier season in September and October observed," writes the Robert Koch Institute.

Who is infected with RS viruses?

In principle, RSV infections can affect anyone. They come in all age groups. However, infections with RS viruses mainly occur in the first two years of human life. RS viruses are the most common cause of acute respiratory infections in infants and young children. By the end of the second year of life, almost all children have had at least one infection with the RS virus.

What are the typical symptoms?

How severe an infection with RS viruses is and how long it lasts depends on several factors. The infection can be similar to a cold or flu. In principle, an RSV infection can be completely symptom-free, but it can also lead to a life-threatening disease of the lower respiratory tract. Symptoms such as a runny nose, cough, sore throat and fever are considered typical. Weakness, a lack of hunger or thirst and cold, pale skin are also observed as signs of illness. A sunken fontanel can also occur in infants.

How do you know if it is an RSV infection?

Which pathogen leads to a respiratory infection cannot be readily identified. In order to definitively prove an RSV infection, a test must be carried out in a laboratory. Gene detection using a PCR test or antigen detection using a rapid test can be used. The creation of a virus culture in the laboratory has become less important in recent years because of the excessive effort and high costs.

How do you get infected?

So far, infection with RS viruses has only been known to occur from person to person. It happens either via the so-called droplet infection from an infected person to a contact person or indirectly via contaminated hands, objects or surfaces. The mucous membranes of the respiratory tract are seen as the portal of entry. The incubation period, i.e. the time between infection and symptoms, lasts two to eight days. Already on the day after an infection with RS viruses and thus before the first symptoms, you can infect others with it. This infectivity lasts between three to eight days. However, people with a weakened immune system, newborns and premature babies can still transmit the virus weeks and sometimes even months after infection.

Who is particularly at risk?

Patients at risk are all those who have a weakened immune system or previous lung diseases, as well as newborns and premature babies and children with certain heart defects. In healthy adults and most children, RSV infections are usually harmless.

What complications can occur?

In infants and small children in particular, the viruses can more easily get from the upper to the lower respiratory tract. This is mainly due to the fact that the airways are narrow at this age, so the virus can spread more easily through the mucous membranes in the airways and these can be particularly affected. An RSV infection can then also lead to bronchitis or pneumonia. "Serious RSV-related diseases in children associated with hospitalization affect boys about twice as often as girls," writes the RKI. In women and men, on the other hand, the infections occur equally.

How is RSV infection treated?

Since there is no effective vaccination against RS viruses to date, the symptoms of patients have been treated primarily. In addition, there is rest, sufficient fluid intake and keeping the airways clear by nasal rinses or drops. In severe cases with hospital admissions, oxygen or even ventilation with machines are necessary. 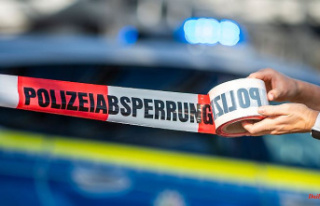