The size of a postage stamp: Ultrasound plaster allows a look inside the body

Until now, anyone who needs an ultrasound examination has had to go to a doctor's office or clinic, because the devices are usually large and bulky. 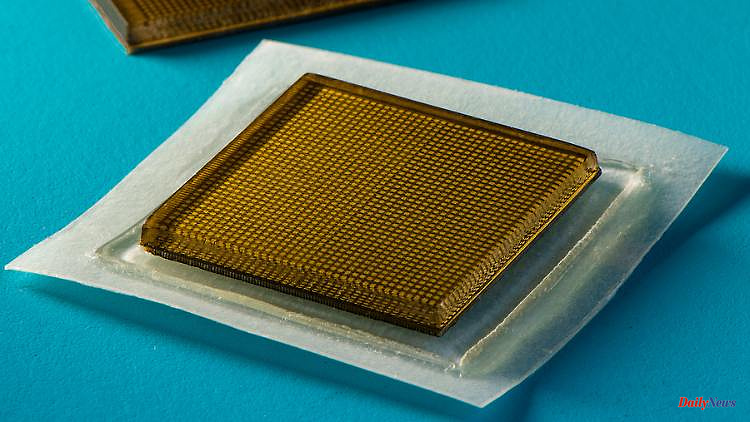 Until now, anyone who needs an ultrasound examination has had to go to a doctor's office or clinic, because the devices are usually large and bulky. US researchers have now developed a mini version that may soon be available in pharmacies.

Scientists at Massachusetts Institute of Technology (MIT) have developed a postage stamp-sized sticker that can provide 48 hours of continuous high-resolution live ultrasound images of internal organs. The engineers were able to examine the large blood vessels, heart, lungs and stomach of the subjects - even while they were jogging or cycling.

Ultrasound examinations are often used in diagnostics because they are safe and non-invasive for the patient. Sound waves are sent into the body. These have a frequency of between two and twelve megahertz. Like an echo, tissue and bone reflect the sound, which is then translated graphically. However, the current machines are still bulky and usually only available in medical practices. That could change with the mini version of the US researchers.

Xuanhe Zhao's research team tested the small ultrasonic stickers on volunteers and published the results in the journal "Science". The stickers not only captured details of muscles and blood vessels, but also of deeper organs. For example, the scientists were able to use the high-tech patch to observe how a subject's heart changes shape when they exert themselves during exercise. And as some volunteers lifted weights, the team could see bright patterns in the muscles that indicated temporary micro-damage.

A possible application would therefore be conceivable for athletes. You could use imaging to control your stress during strength training, thereby avoiding painful strains. "With imaging, we may be able to capture the moment in a workout before overuse and stop before the muscles hurt. We don't yet know when that moment might be, but now we can provide imagery that experts can interpret," it says in a statement from MIT.

However, the current prototype does not yet work wirelessly. However, the researchers, including study leader Zhao, want to further develop the technology. The aim should be for patients to be able to buy the stickers in the pharmacy so that they can keep an eye on their organs themselves. Ideally, the ultrasound patch, attached to different parts of the body, should communicate wirelessly with the smartphone. With suitable software, the corresponding images could then be evaluated by AI algorithms if necessary.

But not only athletes could benefit from the new technology. According to the research team, the ultrasound stickers could also be used to monitor growing tumors or as "baby television" for expectant parents - i.e. to observe the fetuses. 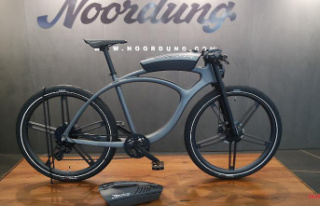