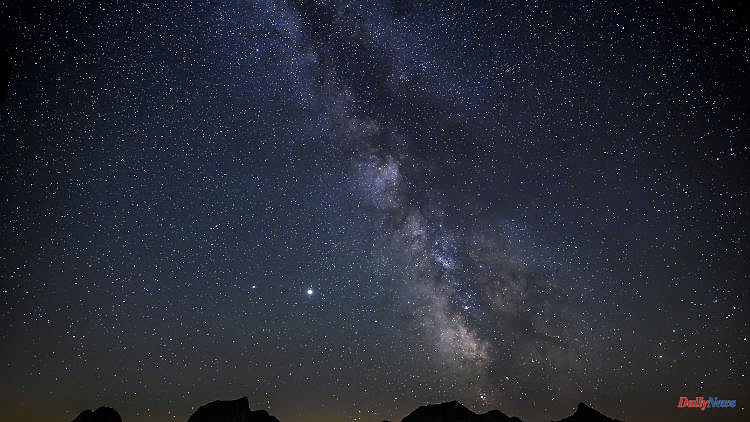 On warm summer nights, people like to stargaze. The planetary dance in the evening begins with Saturn. Then follows Jupiter, which far outshines him. The month already has a few shooting stars to offer.

Three fixed stars form a conspicuous constellation in the evening summer sky. One speaks of the summer triangle. In July, the Summer Triangle stands high in the south around midnight. It's sort of the opposite of the winter hexagon. The Summer Triangle consists of the stars Vega in the lyre, Deneb in the swan and Atair in the eagle. The figure of the swan with its wings spread is represented by a large cross of stars, also known as the Northern Cross.

While Wega at 25 light-years and Atair at 16 light-years are still relatively close stars in the solar neighborhood, Deneb is the most distant star of the first magnitude at around 2500 light-years. The fact that Deneb is one of the brightest stars in the earth's night sky is due to its enormous luminosity. This hot, bluish sun is 130,000 times brighter than our sun. If our sun were as far away as Deneb, it could only be seen in very large telescopes.

The summer light band of the Milky Way rises in the south between Scorpio and Sagittarius towards Eagle. From here the Milky Way goes through Swan and Cassiopeia and the celestial W, to the northern horizon, where the bright Capella in the carter also sparkles. However, the Milky Way can only be seen in really dark areas, not from our light-polluted cities and settlements. There are now many people who have never seen the natural phenomenon of the Milky Way in their lives.

After dark, the evening starry sky is still without bright planets. As the night progresses, Saturn is the first planet to appear in the southeastern sky. It gradually becomes the planet of the entire night. At the end of July it appears just after nine-thirty in the evening over the southeastern horizon. At midnight on the night of the 15th to the 16th the moon, which is still almost full, can be seen south of Saturn. Five hours later, it has moved significantly away from the ringed planet.

Jupiter follows Saturn in the planetary dance of the night. The giant planet shifts its rises to before midnight. At the end of July, Jupiter appears just above the eastern horizon shortly after 11 p.m. By far the brightest planet, it shines brightly until Venus outshines it after rising in the morning sky.

Mars is also present in the second half of the night. The reddish planet moves through the constellation Pisces and enters Aries on the 8th. The waning crescent visits Mars on the night of July 21-22. At 2 a.m., Mars is visible eight full moon latitudes south of the moon. Mars will become significantly brighter in the course of July, as Earth is catching up and is getting closer and closer to our outer neighbor planet. Venus holds her position in the morning sky. They rise at around 3.30 a.m. at the beginning of the month and 20 minutes later at the end of July.

The meteors of the Delta Aquarid Stream can be expected in the morning sky from mid-July through August. In the last third of July, the first Perseids appear, which ensure a lively shooting star activity in August.

On the 13th the full moon phase is reached. On the same day, shortly after 11 a.m., the moon will come in close to the earth, being about 357,260 kilometers away. It has the smallest distance to Earth this year, which is why you can also see the largest full moon. Full moon and at the same time proximity to the earth again lead to extreme tides with spring tides on the coasts. At a distance of around 406,270 kilometers, the moon will reach its farthest orbit point on the 26th at noon. Two days later, on July 28th, the new moon phase occurs.

The sun has begun its descent to the autumn equinox at the celestial equator. On the 21st she leaves Gemini early in the morning and moves to the constellation of Cancer. A day later she enters the zodiacal sign Leo an hour before midnight. The day length shrinks by an hour, the midday height of the sun decreases by five degrees. 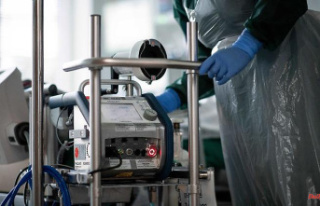