There is not only a risk of tooth loss: periodontitis - the silent widespread disease

Oh, that little bit of bleeding gums? Periodontitis is much more: the chronic inflammation in the mouth is not only annoying, but also increases the risk of many serious diseases. 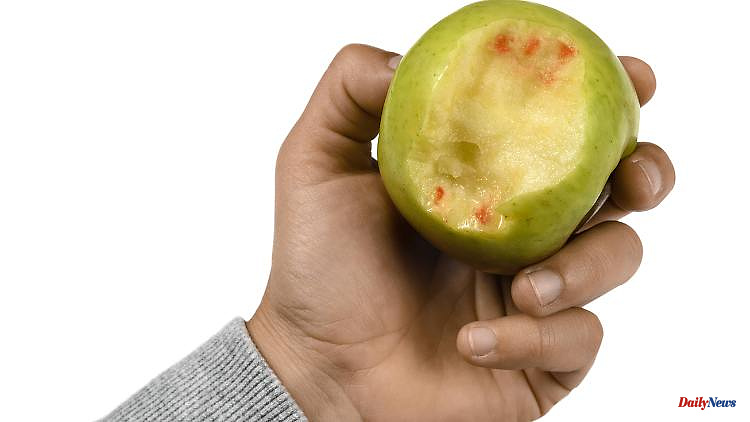 Oh, that little bit of bleeding gums? Periodontitis is much more: the chronic inflammation in the mouth is not only annoying, but also increases the risk of many serious diseases. But the symptoms are often misunderstood or misinterpreted.

Many people still dismiss periodontitis as annoying but harmless bleeding gums. But if the chronic inflammation of the periodontium is not treated, there is not only a risk of tooth loss: In fact, it can increase the risk of heart attacks and strokes as well as diabetes - and maybe even promote dementia.

According to the Federal Dental Association (BZÄK), almost 35 million people in Germany have periodontitis, of which around ten million people have a severe form. And the frequency increases with age: According to the Fifth Oral Health Study, more than half of people over the age of 35 are affected, almost two-thirds of those over 65 and even 90 percent of the very old.

Despite the wide distribution, the BZÄK speaks of a "silent widespread disease": Symptoms are often misunderstood or misinterpreted for years. "Especially in the early stages, the disease causes hardly any symptoms," says Potsdam dentist Romy Ermler. Periodontitis initially occurs as an inconspicuous process in the mouth and jaw before noticeable symptoms such as bleeding gums, reddening or swelling of the gums, bad breath or loosening of teeth appear. "Patients often only come when they notice that their gums are receding or they are sensitive to hot and cold things because the necks of their teeth are exposed," says the BZÄK Vice President.

Periodontitis usually begins with inflammation of the gums (gingivitis) caused by bacteria. These stick to the plaque on the teeth, at the gum line and in the spaces between the teeth. Gingivitis is still reversible with home and professional dental prophylaxis.

However, if the inflammatory process lasts longer, periodontal inflammation can follow, in the course of which the gums separate from the tooth surface and a gap develops between the tooth and the tooth. "Untreated, the inflammation penetrates deeper and begins to break down the tissue that holds the tooth," explains Ermler. "Periodontitis destroys the jawbone and the tooth-retaining fibers." The tooth necks become more and more exposed, while the bone loss causes the tooth to lose its support. At the same time, the inflamed gum pockets would become a gathering place for bacteria. These could eventually get into the bloodstream and cause damage elsewhere.

In fact, periodontitis does not only affect oral health: Inflammation of the periodontium can have a variety of consequences for the entire organism. The connection with an increased risk of cardiovascular diseases, for example, is well documented. In 2016, Swedish physicians reported in the journal "Circulation" that periodontitis was significantly more common in patients who suffered a heart attack for the first time than in healthy people of the same age.

In addition, periodontitis appears to be associated with dementia. A team from the University of Greifswald recently wrote that people with periodontitis have a higher risk of developing Alzheimer's syndrome. US studies also suggest that periodontitis may increase the risk of gastric and esophagus tumors and other cancers. And finally, a study from Qatar last year came to the conclusion that periodontitis patients were more likely to become seriously ill with Covid-19.

In addition, there are interactions with two other important diseases: Osteoporosis can cause the breakdown of the jawbone and thus trigger inflammation of the gums. And in people with diabetes, wounds heal less well, while at the same time the tendency to inflammation is higher. Therefore, in diabetic patients, it is particularly difficult to treat an already advanced periodontitis. Conversely, diabetes can promote the development of periodontitis.

According to dentist Ermler, many people are not aware of the connection between periodontitis and other diseases - just like the fact that it is a chronic disease: "It can be stopped, but not cured." In addition: "Because it is a silent widespread disease, many do not take the symptoms seriously - or do not even recognize them."

A representative survey by the BZÄK showed that although 56 percent of those questioned correctly associated bad breath with periodontitis, 53 percent also considered toothache to be a symptom - which is incorrect. Almost 18 percent had no idea what the term periodontitis meant, and among 18 to 29 year olds it was even 59 percent.

In view of these gaps in knowledge, the BZÄK has launched an information campaign - including the Paro-Check, a self-test on the Internet. This allows a suspicion of periodontitis to be checked online. The test asks about the known risk factors, including age and gender - because men have an increased risk of developing the disease.

Smoking also plays a major role. According to the BZÄK, the probability of developing periodontitis is up to seven times higher in smokers than in non-smokers. "In addition, smoking suppresses bleeding gums, so smokers only notice periodontitis much later," adds Ermler.

It is also known that psychological stress can promote chronic gingivitis: "It's not for nothing that we have the saying that someone walks on their gums." And finally, hormonal changes are important, such as those that can occur in women going through the menopause or as a result of pregnancy.

According to Ermler, all those factors are queried in the patient consultation, which should also include a family history: "Periodontitis also has a genetic aspect." In fact, studies by the Berlin Charité show that gingivitis can be hereditary. As Ermler emphasizes, genetics alone do not lead to tooth loss: "You may have a genetic predisposition, so you tend to have gingivitis - but that doesn't mean that you have to lose your teeth if you take preventive measures for oral health." Prophylaxis and regular professional tooth cleaning (PZR) are all the more important.

With regard to periodontitis therapy, the dentist describes patient information as the first step: In this first treatment phase, patients received detailed instruction in oral hygiene with practical tips for dental care at home. In addition to the correct brushing technique, this also includes the use of tools to clean the interdental spaces. The second step is the actual treatment: "This means the anti-infectious therapy, in which all accessible soft and hard bacterial deposits on the tooth surface and on the tooth root surfaces below the gum line or in the gum pockets are removed under local anesthesia."

In the case of advanced periodontitis with particularly deep gum pockets, surgical intervention may sometimes be necessary. "The gums are folded down and the bone pockets are cleaned under sight," explains Ermler. Sometimes antibiotics could also be necessary: ​​"As a mixed infection, periodontitis is not caused by just one germ, so the composition and quantity of the germs are important. If particularly aggressive pathogens are found here, antibiotics must be given."

After all, aftercare is the final step in treatment. This lifelong supportive periodontal therapy aims to maintain the achieved treatment result. After the gums and periodontium are free of inflammation, a plan is drawn up with regular follow-up appointments. The dentist also recommends a healthy diet to strengthen the immune system: "This should be as low in sugar as possible, because sugar promotes the nutrition of the bacteria in the mouth and thus not only the development of caries, but also of periodontitis."

Teeth and jawbones should also have something to do: "For example, patients should eat wholemeal bread instead of soft food." It is just as helpful to give the oral flora a break.

"The secretion of saliva is very important," says Ermler: "It is triggered when eating, in order to salivate the food and make it easier to swallow." However, if you are a "permanent chewer", the saliva does not get the chance to perform its antibacterial function because it is only busy processing food. "So meal breaks are important," she says. 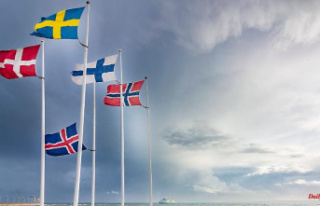 The matter is complicated: does Finland actually belong...