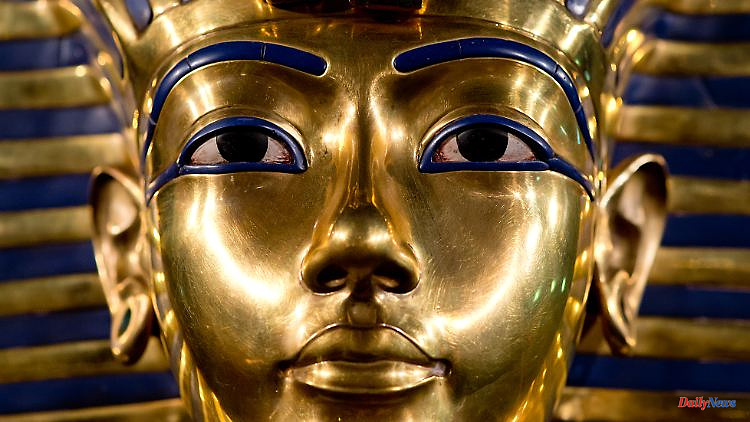 Tutankhamun's golden death mask, royal household items, hieroglyphs: Ancient Egypt fascinates people to this day. Why this is so, which artifacts are the most valuable and what makes an ibex head your favorite exhibit, explains Dr. Olivia Zorn, deputy director of the Egyptian Museum in Berlin, in an interview with ntv.de.

ntv.de: Exactly 100 years ago, on November 26, 1922, Howard Carter opened Tutankhamun's tomb in the Valley of the Kings. Was the British Egyptologist more of an adventurer or a scientist?

Olivia Zorn: More of a scientist. Of course he wanted to find a grave and was fascinated by the contents of the grave, but he also wanted to document the individual objects and classify them correctly. He's been trying very hard to keep it all together and research it before it goes public.

What do we see differently from Carter today, how has our image of Egypt changed?

At that time it was the first tomb that was completely preserved and you suddenly noticed that pharaoh tombs are very opulently equipped. All the material that can be found in a king's tomb has changed the perception of how important pharaohs were. The image of Egypt is still similar today. But of course we are much further in research and can also prove much more and have brought some mystical things down to real ground.

At that time, ancient Egypt was probably understood more as a patriarchally organized high culture, today Nefertiti is also considered important. What has changed there?

It has to be honestly said that each generation looks at history through its own lens. For example, there are these group statues that show a man and a woman, and the woman always puts her arm around the man. The earlier interpretation was very clear: the woman subordinates herself to the man and is always depicted a little smaller. The new image of women interprets this differently: the woman is the active one because she puts her arm around the man, she has the trousers on. I can interpret the same statue differently without having 100% proof of it. From the later period there are written private documents of marriage contracts and divorce certificates. From this it is quite clear that there was a separation of property and that a divorce could also be triggered at the instigation of the woman. We also know from very early documents that women could own property and practice jobs.

When one thinks of Tutankhamen's tomb and grave goods, a lot of gold immediately comes to mind. But are these finds really the important ones or are others much more valuable from a scientific point of view?

The inscriptions and decorations are the valuable for science. The gold is beautiful, but what counts most is the content.

You often only know the death mask, but there were a lot of items from a royal household, which is of course fascinating. You could tell that there is actually a person behind it, who also needed it. Just as the royals have their equipment today. Apparently Tutankhamun needed his fan, his bow, the many boxes and games. It's just beautiful and very alive.

Many Egyptian exhibitions record visitor records, for example the Tutankhamun show in Paris in 2019. What fascinates us so much about ancient Egypt today?

It plays together a lot. Ancient Egypt is very close to us, the Egyptian roots are also European roots. Our Christian and religious background is based in part on ancient Egyptian thought. And of course the material of the artefacts also makes a difference, they are always high-quality materials. But it is also the mystical, the hieroglyphs - are they pictures, are they written characters, what can I learn from them? And not every mystery has been solved yet. There are still graves waiting to be found.

Is there a problem with looted art for Egyptian artifacts?

Not in our museum, because all of our objects came to us under the legal contractual conditions that prevailed at the time. Of course, one can talk about how useful it would be to return certain things to the country. For example, if you think of tomb walls where parts were taken out and now there is a gap. Of course, every object has been created somewhere, but our world has changed. And we too have to change our way of thinking. And it's nice in terms of our multicultural world that objects from different cultures are shown in other places.

How is cooperation with Egypt developing? There is now a strong lobby there for the antiquities and for their return.

We have a very good relationship on a scientific level. We recently had guests from Egypt again, young scientists from Egyptology, papyrology and restoration - and the return of Nefertiti was not an issue. We all pull together, we all want to preserve the culture, we want to learn more about this culture and it's a very open exchange.

You have been deputy director of the Egyptian Museum for seven years. Do you have a favorite exhibit in your inventory?

I am particularly fascinated by a bronze ibex head that dates from the late period and also symbolizes the reference to the Near East. Because the ibex itself was not a sacred animal in ancient Egypt, but was hunted as a wild animal. This ibex head with gold inlays is something very special, there is no other object of a comparable kind and it is assumed that it was attached to the bow of a barque of the gods. This is also very unusual because there are usually other animals to be found there. But there are also examples of such barques from the tomb of Tutankhamun, where one actually finds an ibex head on the alabaster barque. However, this ibex head is significantly younger than that of Tutankhamun's ship.

Where was he found?

Unfortunately we don't know. That's why it's a bit mysterious, there are various theories that it might have been imported from the Middle East or that it was made in Egypt itself based on an oriental model. 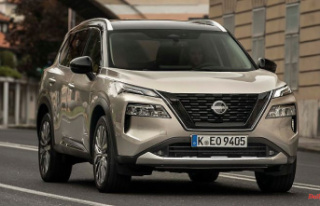