Fish and squid are the favorite foods of elephant seals. 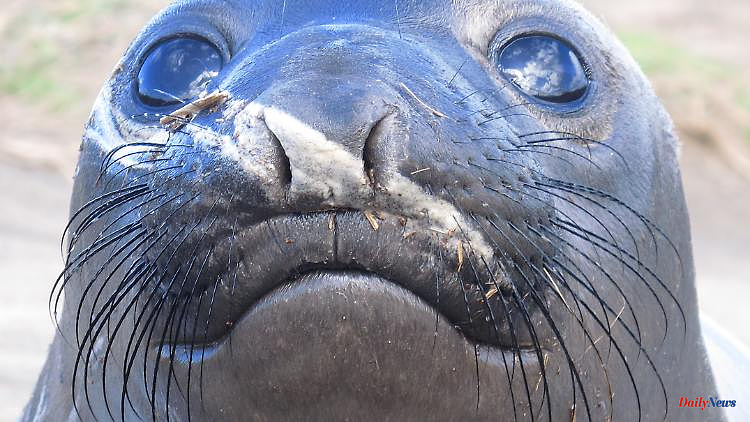 Fish and squid are the favorite foods of elephant seals. But how do they find their prey in the dark depths of the sea? The whiskers of the animals probably play an important role.

When hunting for fish in the deep sea, elephant seals use their whiskers to locate their prey even in total darkness. Researchers report this in the Proceedings of the National Academy of Science ("PNAS"). A field study has shown for the first time that seals can perceive the tiniest water movements of fish with their whiskers.

The deep sea is generally used to describe those areas of the sea that are not penetrated by sunlight and that are below a depth of at least 200 meters. For a long time it was unclear how seals hunt in this darkness: it was assumed that they were guided by the bioluminescence, i.e. the ability to generate light, which some of their prey have. On the other hand, experiments with blindfolded seals Phoca vitulina and similar studies suggested that their whiskers, also called vibrissae, could play an important role. However, these previous studies were all performed in experimental settings, using artificial models or captive animals.

US and Japanese scientists have now equipped free-ranging northern elephant seals Mirounga angustirostris with specially developed cameras, which they attached to their cheeks. These seals have the highest number of nerve fibers per vibrissae of any mammal. Using the video recordings, they were able to determine how the seals move and use the vibrissae in front of their mouths during their hunts at a depth of 200 to 1000 meters.

They found that at the beginning of their dives, the elephant seals kept their whiskers tucked in until they reached the depth where their prey was. They then rhythmically moved the vibrissae back and forth during the hunt to look for hydrodynamic cues. In other words, they used their whiskers to sense the tiny water movements created by their swimming prey -- similar to how land mammals explore their surroundings, the authors say. In fact, it is known from mice, for example, that they can sense the finest movements of air or water with their whiskers.

The bioluminescence of the prey, on the other hand, was only visible to the elephant seals in about 20 percent of the successful hunts. "Our results solve a decades-old mystery of how deep-diving seals locate their prey without the biosonar used by whales, and reveal another mammalian adaptation to total darkness," said lead author Taiki Adachi of the University of California Santa Cruz in a statement together.

This investigation complements previous vibrissa studies conducted in captive mammals and advances the field of sensory ecology of foraging: 'The next step is to conduct comparative field studies in other mammals to better understand how the vibrissae sense influences the natural behavior of the individual mammalian species in different environments." 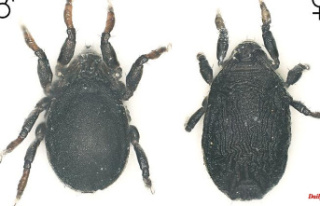