When the hobby becomes a compulsion: Addiction to computer games can change the brain

Fiddle for hours on the cell phone or screen - a popular pastime for many young people. 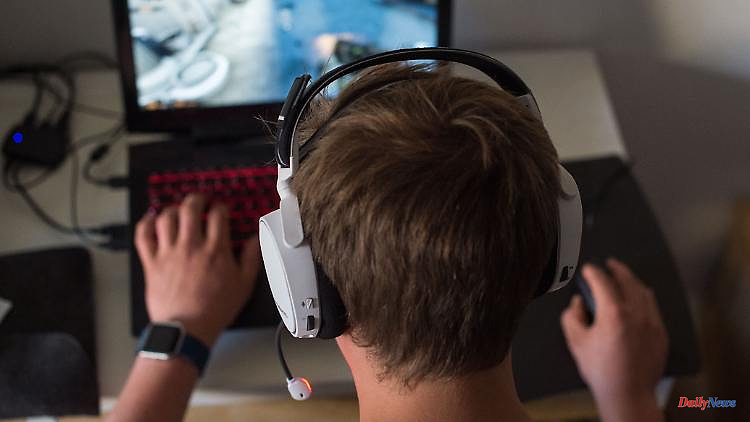 Fiddle for hours on the cell phone or screen - a popular pastime for many young people. When passion turns into addiction, it shows up even in the brain, studies say. But no need to panic: the chances of recovery are good.

Computer game addiction is a serious condition that can cause measurable changes in the brain and is quite comparable to alcohol or drug addiction. That's what the Duisburg psychologist and cognition researcher Matthias Brand writes in an article for the journal "Science".

In May 2019, the WHO decided to include computer game addiction (gaming disorder) in the catalog of recognized diseases. Since the beginning of this year, outpatient or inpatient therapies can be billed to the health insurance company.

It's good that computer game addiction is now officially considered a disorder and that people who are affected have access to the help system, says Brand. But that's why nobody should panic and demonize the Internet as a whole, he advises. According to international studies, about three percent of adolescents and young adults suffer from computer game disorders. "That also means that the vast majority uses the Internet in a functionally integrated manner in everyday life."

Brand describes the state of research in the article. Accordingly, online games stimulate the reward system in the so-called ventral striatum of the brain below the cerebral cortex. During the addiction process - as with substance-related addictions - the behavior becomes more and more automated to compulsive. At the same time, self-control, which is primarily located in the lateral frontal lobe, is reduced. This can be demonstrated with functional magnetic resonance imaging (fMRI), for example when computer game addicts are shown images of games in the scanner and brain activity is measured. "A lot of the cause-effect relationships are still unclear," says Brand in the article.

Spontaneous recovery from computer game addiction is possible - for example, if young people have played excessively for several years, but then stop of their own accord after changes in their circumstances, says Brand. In others, the disease manifests itself over a longer period of time. "But there are also findings that show that therapy can be successful. Not for everyone, but for many." Overcoming addiction also goes hand in hand with normalizing the brain. "The brain is capable of learning, it has a plasticity," says the expert. "It changes in behavioral addictions as the addiction progresses, but we also see that this is reversible."

According to the WHO criteria, the daily usage time is not decisive for recognizing Internet addiction. Rather, the decisive factor is reduced control over gaming behavior, priority of gaming compared to other behaviors and continuation despite negative consequences such as social isolation or poor grades. According to the WHO criteria, the whole thing must be so pronounced that it leads to functional impairments in everyday life or severe psychological strain. When classifying it as an addiction, parents should think about these strict criteria and not immediately pathologize a passionate game, advises the psychologist.

1 Only a few studies: Vegan nutrition in dogs - is that... 2 Earthquake caused by fracking?: "It would be... 3 Ritual with a psychological meaning: can we break... 4 First case in Germany: How dangerous is the monkeypox... 5 Eavesdropping is impossible: When a bee has to go... 6 Budget over half a billion euros: federal government... 7 Help with skin problems: Dolphins use corals as medicine 8 Power supply becomes a problem: Mars lander "Insight"... 9 Communicating through taste: Dolphins can recognize... 10 Accidental find in Paraguay: Researchers discover... 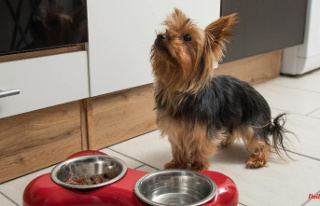 Only a few studies: Vegan nutrition in dogs - is that...