Overweight is now affecting more and more people - the corona pandemic has also contributed to this. 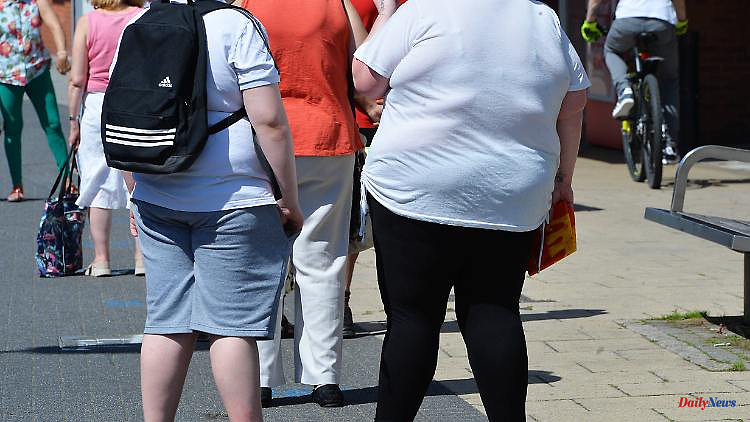 Overweight is now affecting more and more people - the corona pandemic has also contributed to this. Those affected are often teased and stigmatized from an early age. But effective offers are still missing. Overall, the problem in Germany is being addressed too late.

It is a dangerous chronic disease and yet it is often not taken seriously. People with obesity are just connoisseurs, it is then said, for example. "The family doctor often says eat less and move more," says Michael Wirtz from experience. But the problem is not that easy to get under control. Who does not know the yo-yo effect? The 50-year-old from Winsen near Hamburg is involved in obesity self-help and blogs about extreme obesity.

Like many of those affected, Wirtz has been overweight since childhood. As a career soldier in the Bundeswehr, he was able to keep his weight in check through sport, but after his retirement he eventually ended up at 160 kilograms. Around ten years ago, Wirtz received a gastric bypass. After that he halved, meanwhile he has arrived back at around 110 kilos.

"Even before the corona pandemic, obesity was a widespread disease, now more people are likely to be affected than ever before - initial data indicate this," warns Jens Aberle, President of the German Obesity Society (DAG). The medical director at the Obesity Center of the University Hospital Hamburg-Eppendorf (UKE) demands that the therapy must be strengthened so that the corona kilos do not result in a wave of serious secondary diseases. Thirteen forms of cancer are associated with obesity, as well as diseases such as diabetes, high blood pressure, heart attack and stroke.

According to data from the Robert Koch Institute (RKI), around 16 million adults and around 800,000 children and adolescents nationwide were affected by obesity even before the pandemic began. People with a Body Mass Index (BMI) of more than 30 are considered obese, overweight begins with a BMI of over 25. The BMI is calculated from height and weight. The World Health Organization (WHO) also published alarming figures in early May in its European Obesity Report 2022, according to which more than half of adults in Europe are overweight or obese.

At the moment, therapy often starts too late, criticizes Wirtz. "People with obesity are undersupplied in Germany." An individual plan consisting of nutrition, exercise and behavioral therapy is important. Possible mental illnesses should also be clarified. In addition, it must be decided whether conservative therapy is sufficient or whether surgical intervention is possible and necessary.

According to an article recently published in the "Deutsches Ärzteblatt", around 20,000 bariatric surgeries are performed nationwide every year. The most common procedures resulted in weight loss of 27 to 69 percent of excess body weight after more than 10 years, it said. However, lifelong follow-up care is required.

Wirtz complains that health insurance companies often pay for the surgical procedures first, but not for other programs. "The consequential costs for society are not taken into account." The Iges Institute, a research and consulting institute for infrastructure and health issues, estimated the indirect costs of obesity at 6 to 33 billion euros per year in 2016.

At some point, people who are extremely overweight often find themselves unable to leave their homes and continue to gain weight. A special care area for people with severe obesity between the ages of 30 and 60 opened in Hanover in August 2021. According to the operator Diakovere, there are only a handful of such facilities nationwide, mostly with a focus solely on care. In Hanover, on the other hand, individual treatment plans are drawn up - in coordination with the competence center for obesity surgery and the Diakovere clinic for psychosomatics. The building blocks are exercise offers, a change in diet and psychological support.

"We deliberately refer to the people on the ward as patients, not as residents," says nursing director Yvonne Sabovic-Dunsing. The goal is to return home and to work. Six places are available, and inquiries are received daily from all over Germany and even from other German-speaking countries. Four men and two women are currently being accompanied. At the time of admission, no one was able to work. According to Sabovic-Dunsing, most lived with parents or siblings and were cared for by them - as far as this was at all possible.

If you weigh more than 200 or even 300 kilograms, you can hardly move. Everything on the ward - including the wheelchairs and balcony furniture - is designed for heavy loads. The reason for the extreme increase in weight to over 200 kilos is usually a special trigger: job loss, separation from the partner, the corona pandemic was also partly an accelerator.

"When we were outside together for the first time, some cried because they hadn't been out in the fresh air for four or five years," says Sabovic-Dunsing. None of the six would like to give an interview, not even the young man, who has already lost more than 80 kilos and now takes the train alone once a week to go swimming with a therapist. According to the head nurse, most of them have had traumatic experiences.

Affected people are often called lazy or weak-willed out of ignorance or meanness. Many experienced teasing and even bullying from an early age. Meike Preußner is self-confident and direct - perhaps that's why she was never mocked because of her stature, believes the 32-year-old from Hamburg, who is also involved in self-help. She suppressed the problem for a long time and was very active: horseback riding, swimming - despite being obese. "But at some point I realized that I couldn't get up the mountain when I was hiking with friends." In 2013 - with almost 160 kilos - she had a gastric bypass used.

She still does sports almost every day to maintain her weight of just over 100 kilograms. The veterinary assistant offers water aerobics courses for people with obesity. An exercise pool is reserved for this purpose in the swimming pool in Lüneburg, which cannot be seen from the entire bathing operation. In the group, the inhibition threshold is lower to go to the swimming pool despite being very overweight, says Preussner. The courses are very popular. "It's a shame that such offers aren't available everywhere in Germany." 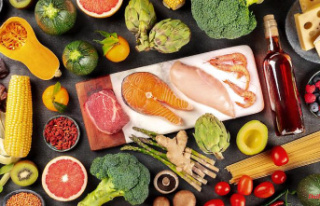