Anna Elendt sensationally wins silver at the World Championships over 100 meters breaststroke and gives the German team the second medal. 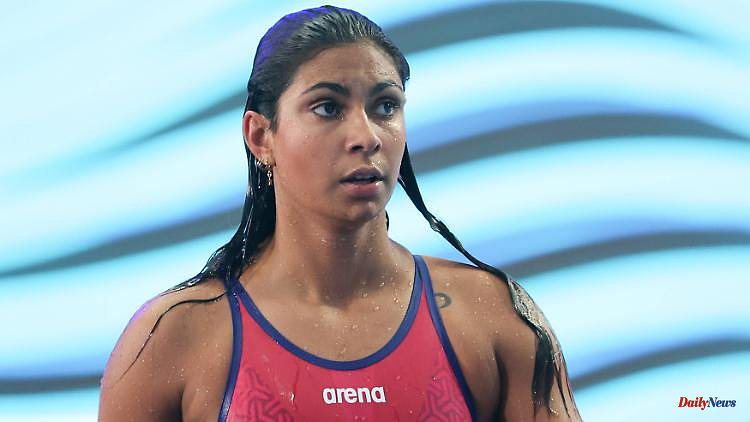 Anna Elendt sensationally wins silver at the World Championships over 100 meters breaststroke and gives the German team the second medal. Afterwards, the only 20-year-old swimmer is completely speechless, also because she is ending a long dry spell. Olympic champion Wellbrock has his eye on the third medal.

Anna Elendt looked at the scoreboard in amazement, then laughed. With a furious final sprint, the 20-year-old swam to silver at the World Championships in Budapest - and stole the show from the two German stars Florian Wellbrock and Lukas Märtens on the third day in the Duna Arena.

"I didn't expect that," said the Frankfurter after her second place in the final over 100 meters breaststroke, "it was pretty hard, I got scared for a moment when my arms got pretty stiff. But it worked out pretty well." At the turn she was still in seventh place, in the end after 1:05.98 minutes she was only five hundredths of a second behind gold and the new world champion Benedetta Pilato from Italy. Elendt ended a 13-year wait in the German Swimming Association for a short-distance World Championships medal. The title fights in 2009 were the last time there was a medal in singles over 50 or 100 meters, including two gold medals for Britta Steffen.

"I saw that they were right in front of me to the right and left. So I said to myself, now I have to hurry up a bit." At the award ceremony, she beamed with the second German World Cup medal and clapped along with the Italian anthem. Olympic champion Wellbrock has his sights set on the third precious metal in the final of the 800-meter freestyle on Tuesday, for which he confidently qualified second. His Magdeburg club colleague Märtens, vice world champion over 400 meters on Saturday, collapsed completely after half the distance and clearly missed the final.

Elendt has made an enormous leap in performance in the USA due to significantly more professional conditions. There she worked hard on her scuba train, increasing volume and strength training. The reward: three German records in the spring over 50, 100 and 200 meters breaststroke - and promotion to the world elite. Elendt revealed that Americans would still ask her how her first name was pronounced correctly. But at the beginning of their careers, the top stars of the scene "didn't even say hello. It's a bit different now, I can tell."

Märtens had recovered well seven hours after his total slump in the 800-meter lead and was "super happy" with seventh place in the 200-meter final. With a view to the 1500 meters from Friday, he added: "So I can now start the three-day break. I definitely need it." Because in the morning "the tank was simply empty", as the 400-meter runner-up world champion admitted. The eagerly awaited first duel against Wellbrock falls through. The double world champion from 2019 underlined his medal ambitions for Tuesday with his first jump into the world championship pool. He only had to give way to the Ukrainian Michailo Romantschuk, who has also been training in Magdeburg since the beginning of the war. "It was rock solid," said Wellbrock.

Even better than that was the performance of breaststroke swimmer Lucas Matzerath. In a personal best (26.99), the 22-year-old finished fourth in the 50-meter final, in which he has small hopes of a medal. "Awesome! If someone had told me that before, I wouldn't have believed it," said the sixth-placed World Cup winner over twice the distance. Märten's girlfriend Isabel Gose also made her second World Cup final perfect as seventh in the semifinals over 200 meters freestyle.

The Italian Thomas Ceccon set the first world record of the title fights when he won the 100 meters backstroke in 51.60 seconds. Freestyle queen Katie Ledecky swam completely superior to her 17th world championship gold. As expected, the American triumphed in the 1500 meter final - by half a lane.

1 Heart attack ten years ago: The gift of life from... 2 With "diligence" to the "great game!":... 3 Concern for mass sport: DFB boss urgently warns of... 4 Praise from Ferrari and Mercedes: Schumacher celebrates... 5 Trial for fraud: Platini sees conspiracy in favor... 6 Press comments on the "Leclerc show": "A... 7 Fitzpatrick wins a golf thriller: A perfect shot at... 8 World Cup hero back in the Bundesliga: With Götze,... 9 Four titles and too many records: How Steph Curry... 10 Lessons from Formula 1 in Canada: For Schumacher,... 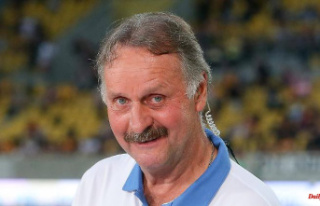 Heart attack ten years ago: The gift of life from...