14 goals at the start of the semifinals: Shiny Draisaitl loses historic game

The first game of the NHL semifinal series between the Colorado Avalanche and the Edmonton Oilers is wild. 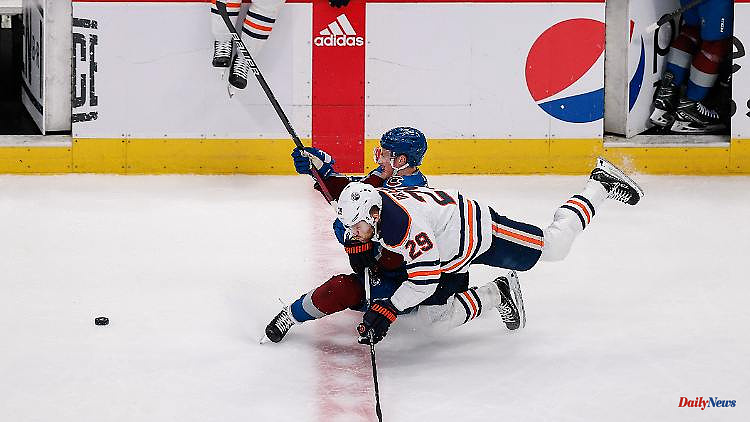 The first game of the NHL semifinal series between the Colorado Avalanche and the Edmonton Oilers is wild. There are 14 goals in Denver. First the hosts lead up, then the Oilers come back around superstar Draisaitl. It is no longer enough for success, but for an entry in the history books.

In a wild start to the NHL semi-final series with a total of 14 goals, another brilliant performance by national ice hockey player Leon Draisaitl was not enough for the Edmonton Oilers to win. The 26-year-old from Cologne scored two goals, but couldn't prevent the 6:8 win against the Colorado Avalanche. "We obviously have to change something. We can't give away that many goals and expect to win a game in the Western Conference Finals. We'll do better," said Draisaitl. A team needs four wins to advance to the Stanley Cup Finals.

For Draisaitl it was the sixth playoff game in a row with at least two points. There has never been a series like this before. According to the National Hockey League, the last time there had been more than the 14 goals in Denver in a Stanley Cup Final game or a game from the previous round was in 1985.

The Oilers had a 1-0 lead after five minutes but were down 2-3 by the end of the first period. In the meantime, the hosts, who didn't have Augsburg's Nico Sturm in their squad, were up three goals at 7:4 before the Oilers narrowed the gap to just one goal in the final third. Draisaitl prepared Ryan Nugent-Hopkins' goal to make it 6:7 with a world-class pass, after Connor McDavid had made it 4:7 beforehand. Without a goalkeeper, the Canadians then conceded their eighth goal in the closing seconds.

"It's a positive thing that we're not giving up, but we know that at this time of year," said Draisaitl. "We don't want to be in those situations, you don't win games that way. Shake it once, adjust a few things and then we'll be better."

1 After suspension in March: Özil wants to stay with... 2 War in Ukraine: The United States increases its military... 3 Savoy: Exit. Jarsy: Estivales begin on June 5 4 Savoy exit. Saint-Georges-d'Hurtieres: two festive... 5 Saint-Donat-sur-l'Herbasse. Strike in an Esat.... 6 Chambonas. Ardeche: An exhibition for Lucas, aged... 7 Ardeche. Ruoms is a day to travel back in time 8 Ubaye-Serre-Poncon. Personal rescue training for eleven... 9 Always the trouble with the departures: FC Bayern... 10 Development aid or euthanasia?: Nordic combined trembles... 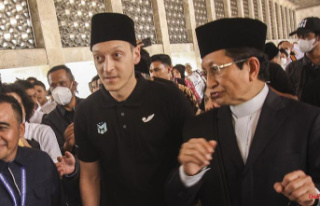 After suspension in March: Özil wants to stay with...