Apparently, UEFA itself cannot really believe how great the interest in the women's European Championship is in England. 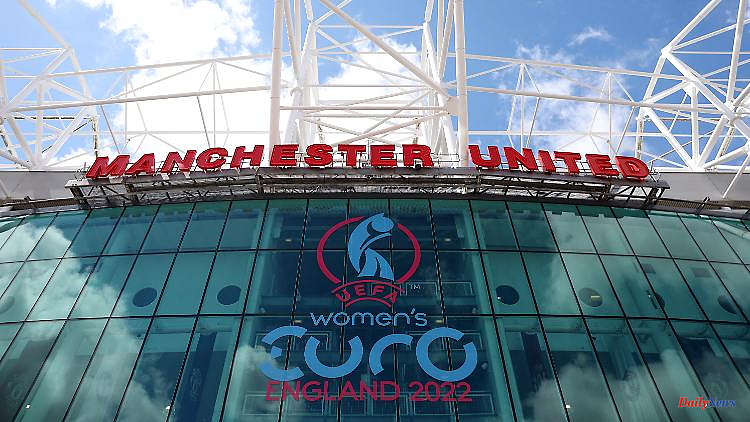 Apparently, UEFA itself cannot really believe how great the interest in the women's European Championship is in England. One thing is already clear: the attendance record was broken even before the opening. The sport hopes for a quantum leap, but there are also criticisms.

The attendance record has already been broken before the first ball even rolls. More than 500,000 tickets have been sold before the opening game of the 13th Women's European Football Championship between England and Austria on Wednesday (9 p.m. / ARD and DAZN). Around 74,000 fans are expected to kick off at Manchester's sold-out Old Trafford. The hosts and national coach Martina Voss-Tecklenburg expect "a great football festival" - and the English association FA "the largest European women's sports event in history".

UEFA wants to "break as many records as possible," said former Wolfsburg resident and world footballer Nadine Kessler, who is responsible for women's football at the European governing body. In addition to the digital and TV reach, this also applies to the number of visitors: The record for a European Championship tournament is 243,400, that's how many came to the Netherlands in 2017. "We want to show how far women's football has come in Europe, why so many players play here today to aspire to a professional career," said Kessler in an interview with "Elfen" magazine.

The 34-year-old promised: "The level of Euro 2022 will not be comparable to the past tournaments in terms of sport and organization." However, not all of the 700,000 tickets for the 31 games of the second European Championship after 2005 have been sold on the island. And despite all the euphoria, the truth is that some games take place in mini arenas - for example in the Manchester City Academy Stadium with a capacity of 7000 fans. Iceland's captain Sara Gunnarsdottir from Champions League winners Olympique Lyon described it as "disrespectful" and "embarrassing".

UEFA is paying out 16 million euros in bonuses this time, which of course does not come close to the more than 330 million from the 2021 men's European Championship. According to an FA report, 54 million pounds (around 63 million euros) will be turned over during the tournament in the nine venues. 250 million TV viewers are said to watch games in 195 countries. Organizers, UEFA and national associations such as the DFB are hoping for a lasting effect on their sport, which is still not fully accepted.

The appeal of this European Championship, which will take place this summer without the competition of an international men's tournament, is also its sporting balance: at least half a dozen teams - including England, Spain, France, the Netherlands and Norway - are believed to be capable of the title.

The German selection, most recently failed at the 2017 European Championship and the 2019 World Cup in the quarterfinals, is something of a grab bag. "A total of 16 teams are taking part - and I'm sure eight can legitimately hope for the title. In such an extraordinary competition we can't afford any big mistakes," said Voss-Tecklenburg before the first group game of the record European champions against Denmark on Friday (9 p.m./ZDF and DAZN) in a “FAZ” interview. She can only advise every football fan: "Check it out, it's worth it."

The dream of the final on July 31 in the already sold-out Wembley Stadium is alive with the German players - and especially with the previously untitled English team. Almost 20,000 fans wanted to see the hosts' friendly as they defeated the holders of the European Championship, the Netherlands, 5-1. In addition, the English league is considered the financially strongest on the continent.

The expectations of the team around stars Lucy Bronze and Ellen White are high. "It would be a success for England if they get to the final and lift the trophy," said former international and BBC presenter Alex Scott. "With all the effort and whatever else they have put into football, they should win the tournament."

First of all, all eyes are on Old Trafford, which promises an atmospheric start to the European Championship. "The historic place should show where the journey is going. It's already crazy how great the interest has become," said Kessler. The top official emphasized at the opening press conference in Manchester: "Now you have to make sure that all these doors are open for all girls in Europe so that they can play football. That's pretty simple, but that's the basis for a large audience. And we're not there yet. There's still some work to do." 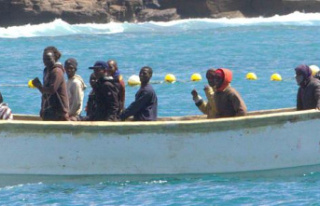 Twoty-two Malian migrants were killed in a shipwreck...