The feeling jumper is back. For Markus Eisenbichler, this New Year's Eve has been a magnificent year-end. No one was better than the Bavarian when it was time The feeling jumper is back. For Markus Eisenbichler, this New Year's Eve has been a magnificent year-end. No one was better than the Bavarian when it was time to take measurements on the Big Olympic Hill of Garmisch-Partenkirchen for the New Year's jump on Saturday (14.00 clock in the F.A.Z. live ticker for the four Hills Tournament, on ZDF and Eurosport). So Eisenbichler has gained new self-confidence with his victory in the qualification. Knowledge has never been more valuable

"My second training jump was better," said the six-time world champion at the end of his interview marathon at the rather empty ski jump, where, as in Oberstdorf, no spectators were allowed at this 70th edition of the four hills tournament. "But I think I can ski jump quite well."

What an understatement of the German, who jumped 137 meters and this time positioned himself in front of his teammate Karl Geiger, who finished third with a jump to 135.5 meters. Wedged in by the two top German jumpers: Ryoyu Kobayashi. However, the Oberstdorf winner, who landed after 134 meters at the qualifying jump in the Garmisch district of Partenkirchen, confirmed his good form.

Eisenbichler did not want his success to be overrated before the competition jumping on New Year's Day. Instead of responding to his increased opportunities, Eisenbichler said: "I keep my fingers crossed for Karl. For me, the overall ranking is not in the foreground. The important thing is that I get back on the dam. My goal is to live out my passion with ski jumping." Eisenbichler's passion is to fly. So it was a good fit that he could do this on New Year's Eve on a designated ski jump. If it runs, then it runs.

Same with Karl Geiger. He had used the day between the opening jump in his hometown and the qualification in Garmisch-Partenkirchen to regenerate and take a breather. "The rest day was really good for me," said Geiger, who had gone to the interview round after the jump together with his friend and Spezi Eisenbichler. "The jump today was decent," said the fifth of the overall standings, clearly 3.39 meters behind the leader Kobayashi.

Geiger recalled the many courses that he completed together with the team of national coach Stefan Horngacher here on the Big Olympic Hill in the summer. "Even then I got along well here. The challenge on the tour is to be in top shape for all competition jumps. One must not allow oneself any weaknesses.“ 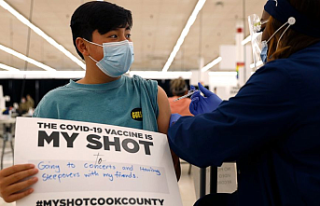