"A lack of perspective": The craziest "one-two" in TV history

It's one of those TV moments you never forget. 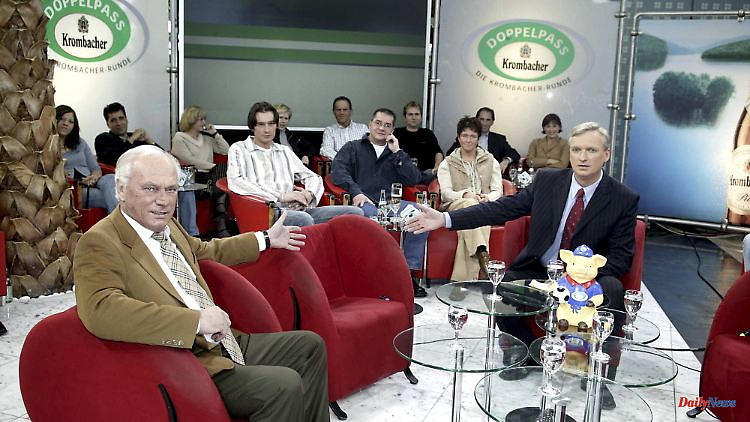 It's one of those TV moments you never forget. When the chairman of the supervisory board of 1. FC Kaiserslautern sat in the "double pass" in the morning in August 2002, an audience of millions rubbed their eyes in amazement.

Things went haywire at 1. FC Kaiserslautern in the 2002/03 season - and two events are still being told today. Under the motto "Have a phone number?" the club burned a lot of money in one fell swoop. Because it didn't cost much more than a quick look and a smile, player agent Wolfgang Fahrian - but it did cost 1. FC Kaiserslautern 75,000 euros. That's how much Atze Friedrich, the president of 1. FCK, paid to Fahrian for the number of the agent Basilevic, who represented the player Taribo West. A proud sum that not only showed the financial dimensions that had to be considered in the Bundesliga, but also what madness was going on behind the scenes. Incidentally, Taribo West actually came to 1. FC Kaiserslautern, but only made ten appearances for the club.

And then there were probably the strangest "double pass" minutes in the history of the popular morning TV show. At some point on August 18, 2002, the visibly irritated chairman of the supervisory board of 1. FC Kaiserslautern, Robert Wieschemann, said, "I agree, if you have fun" - and looked at the puzzled faces that could hardly believe what was going on her eyes.

It was a truly memorable morning for an audience of millions at home in front of the TV sets. When the moderator of the show, Rudi Brückner, announced that he didn't want to quote the coach of the Palatinate, Andi Brehme, but finally did and reported that he had said about Wieschemann that he only talked stupid stuff anyway and had no idea , an astonished murmur went through the audience for the first time.

Wieschemann was visibly nervous, mixed up words and completely reinvented some. He seemed strangely jumpy the whole time. He said sentences like this: "You have to maintain the necessary delicacy here. And please, I can't change it. If you want me to reveal the name, that's your right, but it's not yours..." (Der The sentence ends in the middle of nowhere.) The following excerpts from the conversation are also legendary: "We don't need to forgive Klose at all. Well, he's safe with us," and: "Andi Brehme's speechlessness is a recovery, no, sorry , is an imperfection in being." When Wieschemann finally admitted: "We have abnormal statutes," Karl-Heinz Feldkamp countered: "Drafted by you," and Wieschemann honestly confirmed: "Yes, worked out by me!"

A fight for the title fell out in this season 2002/03. Bayern Munich dominated the league and celebrated the championship on matchday 30. It paid off that Bayern bought Michael Ballack and Zé Roberto from Bayer Leverkusen for a total of almost 18 million euros before the season and thus created more than just a replacement for Stefan Effenberg, who was moving to Wolfsburg. However, even the experts had not expected that the simultaneous weakening of the Bayer team would be so significant.

After his guest appearance in Wolfsburg, Stefan Effenberg left the Bundesliga stage at the end of the season and caused a lot of excitement again with his book "I've shown it to everyone". The media hype at the presentation of his work in Berlin's "Kulturkaufhaus Dussmann" was huge. At his side, the outgoing Wolfsburg resident presented his girlfriend Claudia Strunz (exactly, Thomas's former wife) as female food for the boulevard. One of the journalists' questions that day was about a book that Effenberg himself would really like. The former national player answered seriously and thoughtfully: "Hitler's diary - that interested me after all." The headlines for the next day's articles were thus set early on.

Although not planned as a general settlement, the numerous anecdotes in the book offered enough target for offended footballer souls. Effenberg's former teammate Lothar Matthäus didn't get off too well either: "A few other things about the 'man' Lothar Matthäus quickly got on my nerves. His performances alone with the national team! Lothar was guaranteed to be the loudest. He was a absolute expert at opening his mouth anytime, anywhere. When Fritz Westermann, the national team's chef at the time, had set up his beautiful buffet, it was natural for all the players to get up, take a plate and help themselves. Berti Vogts too and the other coaches put something on their own plates. Everything was just a little different for the good Lothar. He shouted across the room: 'Listen, Fritz, get something ready for me!'" Of course, the words came from the record national player not very well.

And finally, a tip for cold days from Jeronimo Claudemir Barreto, better known by his name Cacau. The future Germany international revealed a secret that he had previously kept to himself for fear his Nuremberg team-mates might laugh at him. For this reason he had previously performed his very special ritual alone and hidden on the toilet. Before each game, Cacau rubbed freshly ground pepper on his creamed feet. Nuremberg's Brazilian said, embarrassed: "My mother's recipe. It keeps my feet warm and I keep my feel for the ball in the cold German winter."

1 Both teams are stuck in the basement: Alba stops running,... 2 What will change in 2023 ...: ... in terms of energy,... 3 Mild hybrid petrol in the short test: Fiat 500X 1.5... 4 Opposition deposes Guaido: Maduro opponents in Venezuela... 5 At the urging of his lawyers?: President Bolsonaro... 6 Emergency operation at the roadside: police officers... 7 "Cheers! Sir Bri": Queen guitarist Brian... 8 Countdown to 2023: Protect the balcony from stray... 9 Bankruptcy at the United Cup: Zverev surprisingly... 10 Enforced in male domain: US television legend Barbara... 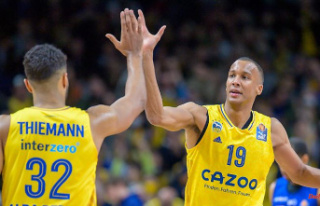 Both teams are stuck in the basement: Alba stops running,...