About giant Nadal to number 1: The shadow player and the highest hurdle in the world

Rafael Nadal and the French Open. 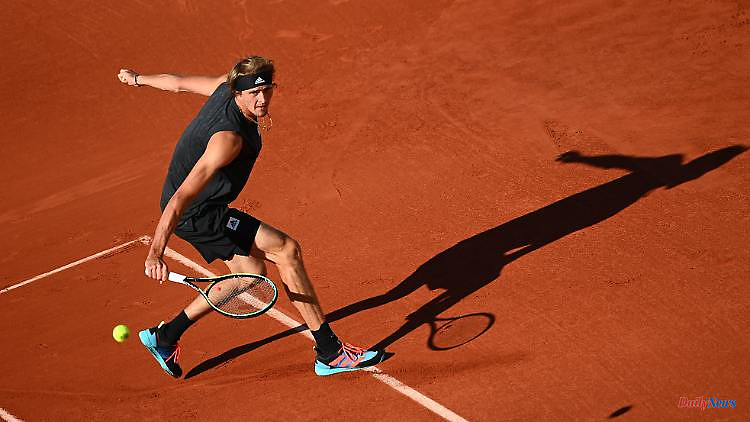 Rafael Nadal and the French Open. More is not possible in tennis. The Spaniard has already won 13 titles in Paris and is close to number 14. A relationship as close as that between Queen Elizabeth II and her throne. Alexander Zverev wants to shake it tomorrow. What a task.

Against Rafael Nadal in Paris - it doesn't get any harder in tennis. Alexander Zverev knew that before the tournament. "There's something about this place that lets him play 30 percent better just by being on the pitch," Zverev said of the Spaniard and his relationship with Court Philippe Chatrier. Nadal won an incredible 13 titles at the Stade Roland Garros, his record: 110 wins, three defeats. "He goes onto the pitch and suddenly his forehand is 20 kilometers per hour faster and he moves as light as a feather," said Zverev. "There is no greater task than against Rafa on the Philippe Chatrier court."

This Friday (2.45 p.m. / Eurosport and in the live ticker on ntv.de) Zverev faces this Herculean task. In the semifinals of the French Open, the Olympic champion competes with the best clay court player in history. After the tennis prodigy Carlos Alcaraz in the quarterfinals, now the king of Paris. "It won't get any easier," said Zverev with a smile.

But there was no sign of nervousness or even fear at Zverev before the game. Calm and at peace, the German number one prepared for the second Paris semi-final in a row. On Wednesday he worked himself out again on the Jean Bouin training ground, having booked the court with his team for three hours. On Thursday there was a slightly looser session over 90 minutes. The rest: routine. Same food, same game, same people around. "He's someone who sticks very closely to his processes," said Mischa Zverev, who accompanies his brother's appearances as a TV expert at Eurosport.

The same processes always give Zverev security. In addition, there is the role of the underdog, which seems to suit him very well. Ahead of the tournament, no one was talking about the world number three when it came to predicting the semifinalists at the French Open. Everyone was talking about Novak Djokovic's Grand Slam comeback after missing the Australian Open, about the 19-year-old all-rounder Alcaraz and, of course, about Nadal.

After all, it could be the last French Open for the Paris darling, Nadal kept saying that during the tournament. The chronic pain in his foot is too much of a burden for him, and according to his own statements, he only makes it through the tournament with the constant support of his personal doctor. It cannot be ruled out that it is Zverev who ends Nadal's incredible relationship with Paris and possibly even his career. If he beats the 35-year-old on Friday.

Zverev, who was described as the "shadow player" of the tournament in the "Süddeutsche Zeitung" these days, is trying to hide that. Before the Australian Open in January, he had put too much pressure on himself. First Grand Slam title, number one in the world - it all weighed on him, in the round of 16 it was over against Canadian Denis Shapovalov. The same thing is now at stake in Paris. Zverev can once again fulfill his dream of the first Grand Slam title of his career, and the 25-year-old can storm to the top of the world rankings again. The difference to Melbourne: Zverev doesn't let the topics outshine everything else this time.

Of course he knows the chances. "I'm at an age and at a point in my career where I want to win, where I should win," said Zverev. But in the Bois de Boulogne he sees the great challenge more as an incentive than as a burden. Likewise, being the first German since Boris Becker in 1991 to be number one. His brother believes he is capable of both. "I think now is the moment when he can do it," said Mischa Zverev in an interview with "Sports Illustrated". 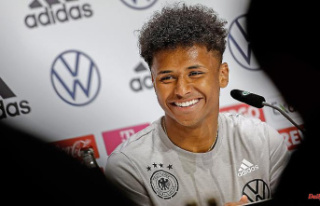 BVB newcomers stir up DFB: Adeyemi and the "Dortmunder...