Vettel's successor will be settled without Mick Schumacher, one less option for the 23-year-old's Formula 1 future. 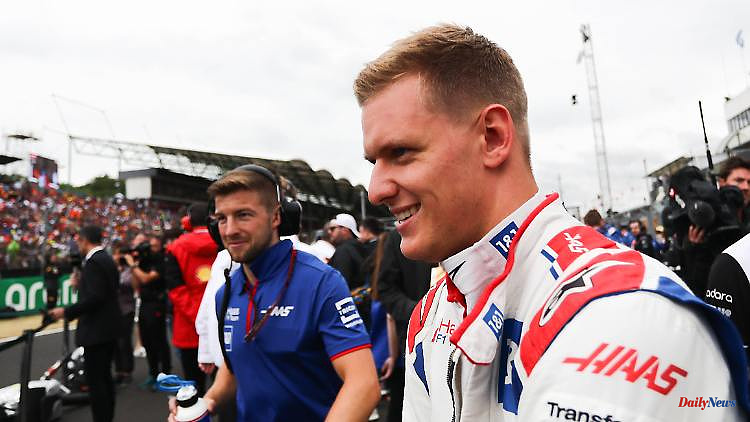 Vettel's successor will be settled without Mick Schumacher, one less option for the 23-year-old's Formula 1 future. Haas has not yet looked at the cards, Alonso's cockpit seems already taken. One team in particular seems to be a candidate for the German.

Ralf Schumacher, otherwise not at a loss for an answer, was unusually covert when it came to his nephew Mick's Formula 1 future. "I'm biased on the subject," said the Sky expert and was quite monosyllabic. Mick maybe going to Aston Martin? "I really don't want to comment on that." end of discussion. Well, Mick Schumacher is not going to Aston Martin. The cockpit of four-time world champion Sebastian Vettel, who is leaving Formula 1 at the end of the season, was surprisingly given to 41-year-old Fernando Alonso. The British racing team surprised with this announcement at the start of the summer break, so the Spaniard will receive a contract for several years at Aston Martin as a teammate of Lance Stroll.

Alonso's place at Alpine, formerly Renault, will be vacated, but Ferrari protégé Mick Schumacher is unlikely to play a role in the French's considerations. Who takes over the cockpit at Alpine is still open, the best cards could have the much sought-after Formula 2 champion Oscar Piastri. The second driver is currently the Frenchman Esteban Ocon, who after promising performances in previous years is currently not exactly a bank for victories and placements.

While the cast of the three top teams Red Bull (Max Verstappen, Sergio Perez), Mercedes (Lewis Hamilton, George Russell), Ferrari (Charles Leclerc, Carlos Sainz) should be certain, there is a lot of room for speculation in the middle of the starting grid. A central building block in the planning is McLaren, where Daniel Ricciardo, who is willing to emigrate, will apparently not even finish the current season alongside Lando Norris, and there is increasing speculation about an imminent departure.

Recently, the Red Bull sister team Alpha Tauri also confirmed Pierre Gasly's whereabouts. Whether the Japanese Yuki Tsunoda will also be allowed to drive the second car in 2023 is just as questionable as the future of the Chinese Guanyu Zhou alongside Valtteri Bottas at Alfa Romeo. The beginnings are there with the rookie, but nothing more so far. The fact that the hoped-for acquisition of sponsors from China is going worse than expected should also contribute to the idea of ​​a change. Williams has not yet awarded a car, but the lack of progress in vehicle development currently makes the team only partially attractive. At Haas, the only thing that is certain is that Kevin Magnussen will also be there in 2023.

So what about Mick Schumacher now? Will the son of the record world champion stay with Haas, which is rather questionable given the latent quarrels with team boss Günther Steiner? Hardly conceivable that Schumacher would switch to a backbench team, so Williams is not an option for him. However, it is conceivable that the 23-year-old will be in an Alfa next year, with a Ferrari engine in the rear and the experienced Valtteri Bottas as a first-class teacher. Scuderia backup pilot Antonio Giovinazzi sat in the cockpit in front of Zhou.

If Mick Schumacher extends his collaboration with Ferrari, which also has a positive influence on his employment at Haas, a change to Alfa Romeo seems at least the logical next step in development. The Sauber racing team, which is behind the Alfa branding, recently announced that it would also compete under the Stellantis Group brand name in 2023.

It is quite possible that Ralf Schumacher already knows the direction. However: "Nothing comes from me." So waiting is the order of the day. The silly season has only just begun. At the end of August, Formula 1 will meet in Spa for the first race after the summer break - it's quite possible that a few more personnel decisions will have been made by then. 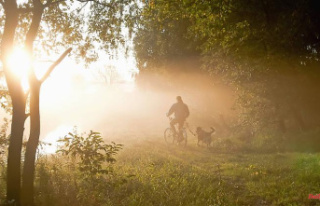 Man, animal, bike: This is how cycling with a dog...