Ryan Gravenberch will play for FC Bayern Munich in the future, that has been clear since the weekend. 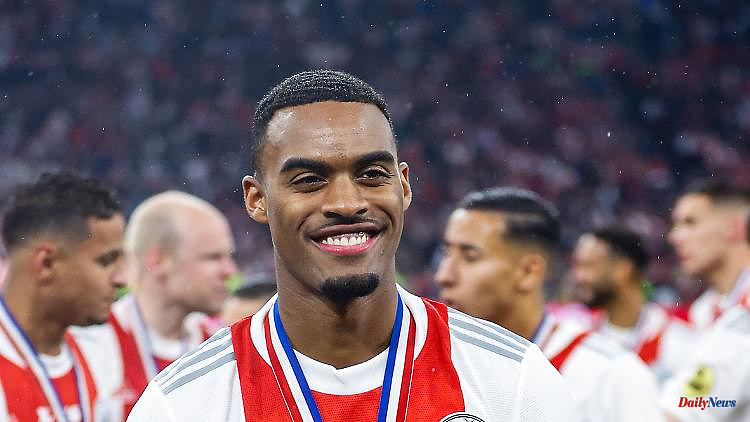 Ryan Gravenberch will play for FC Bayern Munich in the future, that has been clear since the weekend. For the official announcement, the record champion takes a little more time. Now we want to achieve a lot together in the future.

FC Bayern Munich have signed midfielder Ryan Gravenberch as the next signing from Ajax Amsterdam. As the Bundesliga soccer club announced on Monday, the 20-year-old youngster signed a five-year contract with Munich until 2027. It was already known that Gravenberch was moving to Bayern, and sports director Hasan Salihamidzic had confirmed to "Bild am Sonntag" at the weekend: "He has signed." And further: "We have made a deal and are very, very happy that he is here and can start with us."

But the club's official confirmation along with the presentation of the top-class access was to follow. And that was surprising - and probably also surprised the club, which likes to choreograph important dates and announcements themselves according to their own schedule. But Ryan Gravenberch senior, the father of the new Bayern pro, apparently didn't care, he distributed pictures of his son signing the contract and in his new work clothes many hours before the official date in the evening.

"Ryan Gravenberch is a young, highly interesting player who many top European clubs would have liked to sign," said Bayern boss Oliver Kahn in a statement. "He chose FC Bayern because he can develop here at the highest level. Players with his qualities are important for FC Bayern's future."

Gravenberch still had a contract with the Dutch champions until the summer of 2023. According to media reports, the native of Amsterdam will cost the German record champions a fixed transfer fee of around 19 million euros, which can be increased by up to 5.5 million euros with bonus payments. Ajax should also be involved in a possible resale with 7.5 percent.

The midfield jewel is said to have enormous potential. At Ajax, Gravenberch was particularly convincing in terms of winning the ball and tackling. The 1.90 meter tall player often benefited from his stature and athleticism. Nevertheless, the youngster has to line up behind top stars like Joshua Kimmich and the injury-prone Leon Goretzka - but could mature into serious competition in defensive midfield. "When FC Bayern asked me, I didn't have to think twice," said Gravenberch. "FC Bayern is one of the biggest clubs there is: players from all over the world want to play for this club."

Gravenberch is FC Bayern's second Ajax signing this summer. Munich had already made the change from right-back Noussair Mazraoui perfect. The 24-year-old Moroccan international has signed a contract at Säbener Straße until the summer of 2026.

Together with the new hopefuls, Bayern want to play for the title again next year in the Champions League. This season, the surprise defeat against Villarreal came in the quarter-finals.

Liverpool's super striker Sadio Mané will probably also be there. According to media reports, the German soccer record champion has already made two offers for the Senegalese, which the Reds are said to have rejected as too low. But at the latest since Liverpool signed center forward Darwin Nunez this Monday, nothing should stand in the way of a change for Mané, who is willing to emigrate. 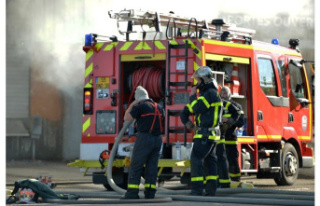