From June 10th to 11th, the German rally elite will be chasing times again at the ADAC Rallye Stemweder Berg around Lübbecke. 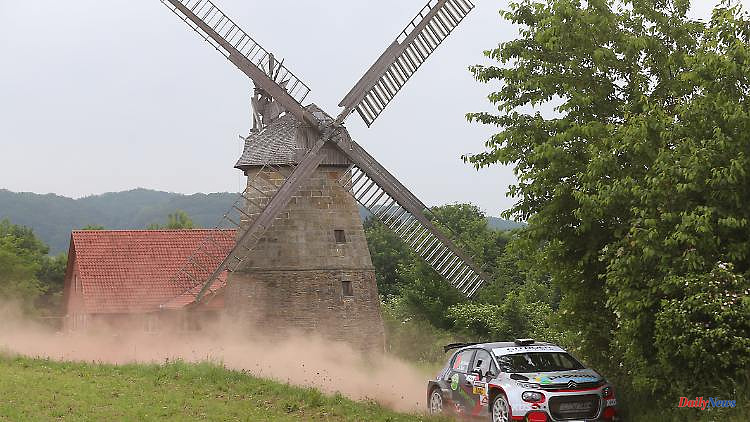 From June 10th to 11th, the German rally elite will be chasing times again at the ADAC Rallye Stemweder Berg around Lübbecke. The picturesque East Westphalian town is the third station in the German Rally Championship (DRM), 75 vehicles, including international teams, are at the start and are fighting for victory and important ranking points in various classes.

At the same time, the ADAC Opel e-Rallye Cup will be held as a forward-looking highlight. This sustainable format with fully electric e-cars celebrated its world premiere in Lübbecke in 2021.

Philip Geipel won the first two DRM events in the top RC2 category and is coming to the 51st edition of the traditional Stemweder Berg Rally as the leader of the standings, which he finished fourth in 2021. Together with co-driver Katrin Becker-Brugger, he wants to defend his place in the sun in the Skoda Fabia Rally2 Evo. "I want to confirm the good results of the season so far in Lübbecke, get on the podium, collect points diligently and defend my lead in the standings. The rally suits me, it's very fluid, takes place mainly on asphalt and is reminiscent of a rollercoaster ride. I was in the last year with the old car only around 40 seconds slower than the winner and I'm looking forward to the well-known, but also the new sections of track and tests," explains the 35-year-old from Plauen.

The duo Julius Tannert/Frank Christian has had a hard time with Philip Geipel so far and has two second places to their credit. That should change in Lübbecke and the first win of the season in the German Rally Championship should be achieved with the VW Polo GTI R5. But the 32-year-old from Zwickau knows how difficult the task is: "With the return of Christian Riedemann, who knows his way around the Stemweder Berg very well, the competition has become even stronger. Of course we're going for victory, but the rally is tough. It There are many junctions where you have to hit the braking points exactly. The tarmac has different levels of grip, and we also have some special stages that are more than 27 kilometers long. If you have a problem with the vehicle over such a distance, you have to deal with it for a very long time ." Third overall Dominik Dinkel won the ADAC Rallye Stemweder Berg 2021 and issued the slogan of defending the title. "My co-driver Pirmin Winklhofer and I are on the offensive and want to be on the top of the podium like last year. The fast track suits us and it won't be any different with the new sections. Last season we had Bad luck with a broken shock absorber at the Erze and a damaged tire in Sulingen. If we get through without a defect, anything is possible," says Dominik Dinkel, who drives a Ford Fiesta Rallye2.

In the DRM2 rating for non-all-wheel drive vehicles, the top three in the table are separated by just ten points. The combination René Noller/ Anne Katharina Stein leads in the Opel Corsa Rallye4, followed by brand colleagues Martin Christ and Heinke Möhrpahl. Behind them in third place, Nico Knacker and Enrico Flores-Trigo (Renault Clio Rally4), are within striking distance of the winners of Sulingen. Spectacular rallying has also been offered in the new classification DRM Nationals, formerly ADAC Rallye Masters. In the NC1 class, a duel between Andreas Dahms and Paul Schubert in the Porsche 911 Carrera and the combination of Christopher Gerhard/Christian Frorath at the wheel of a Mitsubishi Lancer Evo X is to be expected. Both driver duos are only separated by one point in the table.

Victory in the NC2 category leads only to Rafael Klein, who is on top in the BMW E36M3. In the identical vehicle, Bernard Moufang and his co-driver Lena Sophie Tippner dominate the NC3 classification. The same applies to Andreas Dahms and Paul Schubert, who not only get involved in the NC1, but also lead the DRM Classic. Dennis Rostek and co-driver Michael Wenzel are the undisputed leaders with the Skoda Fabia R5 in the Gentlemen Trophy and are aiming for their third win in a row. In contrast, it is tight in the Pirelli Junior ranking, which René Noller leads with a wafer-thin lead of 1.58 points over Nico Knacker.

At 168.40 kilometers spread over 15 special stages, the ADAC Rallye Stemweder Berg is very long and places the highest demands on drivers and cars. The individual sections consist of demanding and well-known routes, selective new passages have been added this year. The profiles are varied. Sometimes the drivers fight for points, positions and seconds on fast, wide streets, then on winding, narrow paths. Interesting spectator points are marked along the various routes, where the rally action can be experienced up close. The central contact point with start and service will again be the Gauselmann rally mile.

On Friday, June 10th, the first three special stages will start at 5:21 p.m. on the Gauselmann rally mile (Paul-Gauselmann-Straße), where the drivers will return around 9:30 p.m. and show themselves to the fans. As early as 8:06 a.m. on Saturday morning, the pilots continue their journey. After a long day of rallying, the finish line arrives at around 7:45 p.m. on the Lübbecke town square.

The highlights of the German Rally Championship can be seen exclusively on n-tv on free-to-air television. Every weekend after the racing events, the news channel broadcasts the 30-minute DRM magazine "PS - DRM Deutsche Rallye-Meisterschaft" on Saturday afternoon and Sunday morning. Alternatively, the magazine can be accessed free of charge at any time in the n-tv media center or the RTL streaming platform. 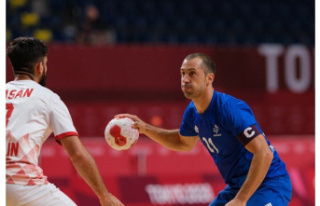