Advantage Blues as Crusaders Slide up

The Blues failed to secure a bonus point but remained high in this Super Rugby Trans-Tasman standings following a 31-24 victory over the Queensland Reds in Brisbane. The Crusaders earlier defeat the Western Force 29-21 at the opening game of this round but were left ruing a try after the hooter in the people which also cost them a bonus stage.

The Blues top the standings with a point in the Crusaders with the Hurricanes, who perform with the ACT Brumbies on Saturday, a further 3 points back in third. The best two following next week's final round will play for the name.

The Reds beat the Chiefs last week to secure a primary triumph for its five Australian teams at the contest but were not able to back this up following playmakers James O'Connor and Bryce Hegarty were overdue accident withdrawals.

Paenga-Amosa immediately responded for the Reds however Blues half Finlay Christie supported his fine shape having an opportunistic try to restore the lead to 17 points.

Before in Christchurch, the Super Rugby Aotearoa winner Crusaders defeated the Western Force in an arm-wrestle of a game.

The Perth side worked nicely in the breakdown and place into a sterling defensive work but were not able to convert a lot of the chances to sabotage an upset of a Crusaders side overlooking rested first-five Richie Mo'unga.

Fullback Will Jordan scored two of their home side's five tries and had yet another scratched off however, the people had the final word when Kyle Godwin kicked supporting the Crusaders' defensive lineup and British winger Jordan Olowofela hurried through to score.

"This one really hurts as it is a points race and it is tight on top," Crusaders captain Scott Barrett stated. 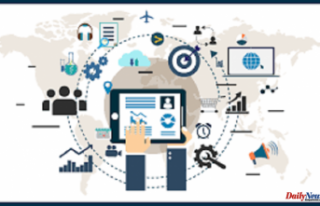