In the TV show Doppelpass, the phone rings on Sunday. 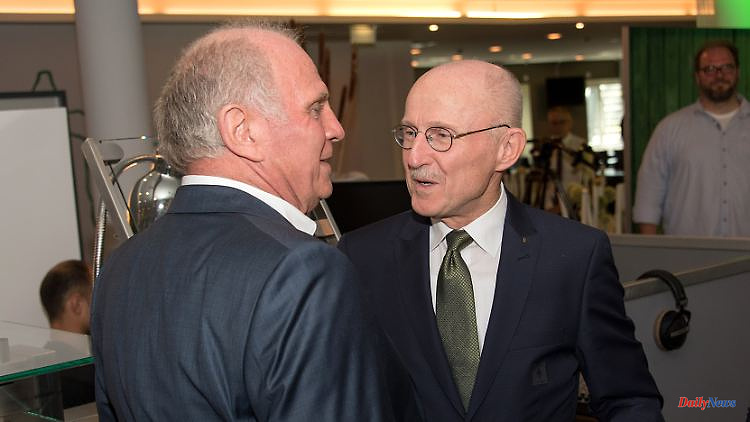 In the TV show Doppelpass, the phone rings on Sunday. Uli Hoeneß wants to get rid of something. The former Bayern official holds a defense of the World Cup hosts Qatar and taunts the critics. After a lot of fuss about the appearance, an old intimate enemy jumps to his side.

The former Bremen manager and supervisory board chairman Willi Lemke has "at least partly" sided with his former football colleague after Uli Hoeneß's praise of the controversial World Cup host Qatar. "He's right on many points. The World Cup opens Qatar to the world, there have already been positive changes in society and there will be more," said Lemke in an interview with "Sport Bild". The International Labor Organization (ILO) of the United Nations would not see the situation of the 1.8 million migrant workers as negatively as many critics in Germany who are calling for a World Cup boycott.

Lemke was often in the Gulf region as a special ambassador for sport for the United Nations. Of course, the migrants "have to work very hard for relatively little money in a very difficult climate" and the accommodations offer everything from "very reasonable" to "very unreasonable", according to Lemke. "But we must not transfer our standards to the whole world," said the 76-year-old, who recalled seasonal workers in Germany from Bulgaria and Romania, "who are exploited in the slaughterhouses by subcontractors and sometimes spend the summer in the adjacent forests to be able to transfer more money for the families at home".

Former Bayern boss Hoeneß called Sport1's "Doppelpass" on Sunday during a discussion about the controversial human rights situation in the emirate and called former DFL managing director Andreas Rettig the "king of hypocrites".

"The World Cup and the commitment of FC Bayern and other sports activities in the Gulf region will mean that the working conditions for the workers there will get better and not worse. You should finally accept that and not constantly hit people," rumbled Hoeness.

The 200,000 Qataris would not exploit their 1.8 million guest workers, but give them work. The migrants would "stand in line" for a job in Qatar because of the bad economic situation in their home countries. Lemke added: "The alleged 15,000 deaths on the World Cup construction sites, which are rumored around the world, are an unproven number - even if there were of course too many deaths." During his time at Werder Bremen, he wouldn't have had anything against "if we had oriented ourselves towards the golf region".

The human rights organization Amnesty International stated in early July that the Qatari government had in the past brought about far-reaching reforms in the area of ​​labor legislation, but that in 2021 there had been a "decrease in reform progress".

According to a statement by Amnesty International ahead of a public hearing by the Bundestag Sports Committee on the World Cup, "progress that had already been achieved was reversed in part due to the inaction of the Qatari government." "There is increasing resistance to the reforms within the Qatari economy for fear of losing influence and profit opportunities," it said.

1 Schachstar causes a scandal: Putin friend Karjakin... 2 Stolen by Marvin Gaye?: Ed Sheeran has to go back... 3 Season 4 "Prince Charming": "I actually... 4 "Gangsta's Paradise" rapper: Coolio... 5 "Always do these movements": Melanie Müller... 6 Sex in the shower: Two freshmen mix up the summer... 7 "Standing in shock": Prince Joachim of Denmark... 8 "Stroke or zugebotoxt": Oliver Pocher humiliates... 9 Cause of death may be known: Coolio was resuscitated... 10 Great freedom?: What costs new hires have to reckon... 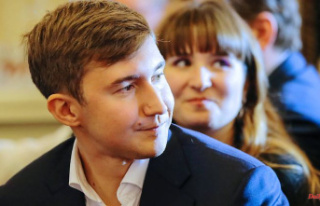