After clapping against City: Angry Chelsea fans call for Tuchel back

Even without the rested striker star Erling Haaland, Manchester City easily reached the fourth round of the FA Cup. 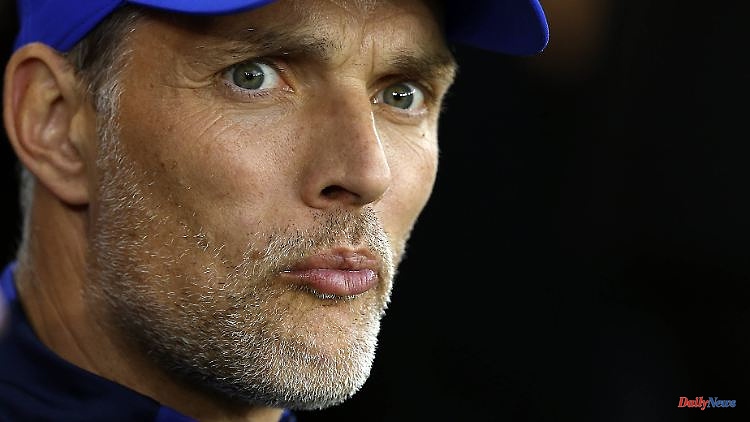 Even without the rested striker star Erling Haaland, Manchester City easily reached the fourth round of the FA Cup. The English champions unexpectedly defeated Chelsea - and thus exacerbated the crisis of coach Graham Potter's "blues".

Star coach Josep Guardiola jumped to the side of his coach colleague Graham Potter from Chelsea - after his heavily rotated team had significantly aggravated the crisis of the "Blues". He would advise owner Todd Boehly: "Give him time," said the Manchester City coach after the surprisingly dominant 4-0 (3-0) in the FA Cup. Riyad Mahrez (23rd minute), Julian Alvarez (30th) with a penalty kick, Phil Foden (38th) and again Mahrez (85th) with a penalty kick shot the second in the table to a clear success. In the Premier League, the Citizens had won 1-0 at the London club three days earlier.

Guardiola did without star striker Erling Haaland in the second duel. Kevin de Bruyne and German international Ilkay Gündogan also got a break. Instead of regular goalkeeper Ederson, Stefan Ortega, who was signed by Arminia Bielefeld before the current season, was between the posts. Chelsea, meanwhile, bit their teeth again against the converted collective of the "Skyblues".

Potter had only succeeded Thomas Tuchel in September, who had won the Champions League with Chelsea in the 2020/21 season. In the Premier League, the ex-champion is only tenth after 17 match days with six defeats, in the FA Cup Chelsea had no chance in the third round at City. Some of the 7,000 fans who had traveled from London loudly called for Tuchel's return in the second half. "We understand your frustration, we respect that," Potter said. "But we have to keep working. There are always other opinions, including negative ones, when the results aren't right."

Tuchel was fired exactly 100 days after the takeover by the new owner Todd Boehly. As a reason, a statement from the club said briefly and succinctly: It was “the right time for this change”. However, Tuchel will "rightly have his place in Chelsea history". After the sacking, the British media speculated that he was not an immediate reaction to the defeat against Zagreb. Accordingly, the new owners had been flirting with the step for a long time. A few weeks ago there was speculation about an early contract extension. The Telegraph newspaper reported that there had been tensions behind the scenes for some time. Among other things, because of the apparently planned transfer of superstar Cristiano Ronaldo.

Chelsea have won just three of their last 12 games in all competitions under Potter. According to Guardiola no reason to question the coach. Every coach needs time in the first season with a new team, said the Catalan, although he himself was an exception at FC Barcelona. "I had (Lionel, ed.) Messi in the first season, because he was there it didn't take me two years," said Guardiola.

1 'It's really crazy': Billy Idol gets... 2 Saxony-Anhalt: cloudy start to the week: gusts of... 3 Saxony: Mild winter makes things difficult for allergy... 4 Saxony: Rainy start to the week in Saxony 5 In the future only with a gun license: Faeser wants... 6 Bavaria: ATM in Bavaria blown up again 7 North Rhine-Westphalia: Week in NRW starts with a... 8 ISW: No Ukrainians were killed: the Kremlin's... 9 Activists stormed the concert: Reul zu Lützerath... 10 Referee pressed, red: Podolski freaks out at the indoor... 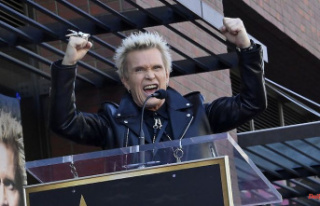