The former Bayern functionary Uli Hoeneß can be switched to a TV show. 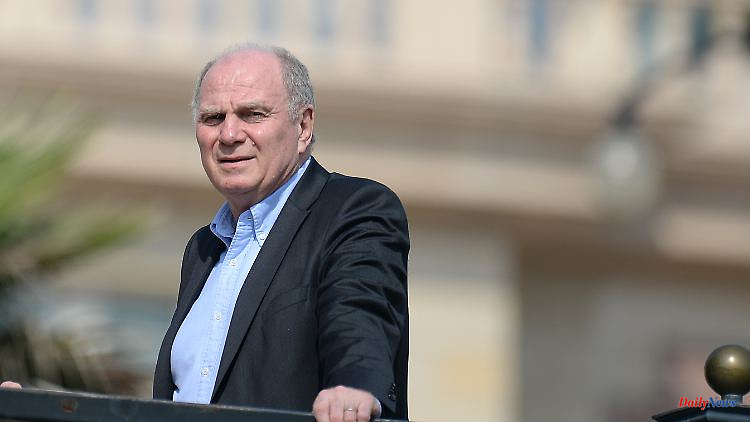 The former Bayern functionary Uli Hoeneß can be switched to a TV show. There he attacks a critic of the World Cup in Qatar. The public reacts and Hoeneß basks in the attention. In the "Bild" newspaper he is now celebrating himself as the savior of the discussion culture.

Uli Hoeneß finds the discussions about his public dispute with former DFL managing director Andreas Rettig in relation to World Cup hosts Qatar good. "That's exactly what we need. Thanks to football, the focus is on Qatar, which brings changes," said the honorary president of the German record champions FC Bayern Munich of the "Bild" newspaper and emphasized again: "I have reasonable discussions were held there with those responsible."

Hoeneß spontaneously let himself be put through by phone on Sunday during the discussion about the controversial human rights situation in the emirate at Sport1's "double pass" and Rettig, who would like the World Cup to become the "biggest PR disaster", as the "king of hypocrites". designated. "The World Cup and the commitment of FC Bayern and other sports activities in the Gulf region will mean that the working conditions for the workers there will be better and not worse. You should finally accept that and not constantly hit people," Hoeneß rumbled.

He believes “of course” that sport can improve the human rights situation, and the 70-year-old gave an example of this: “A few years ago, the FC Bayern women’s team was the first women’s team in Qatar to play with shorts. That was a sensation and a breakthrough for women's football."

FC Bayern Munich is planning another training camp in Qatar for January. After a two-year Corona break, the record champion is returning to the country he has been traveling to since 2011. Nothing was initially known about another women's training camp.

The club also maintains business relationships with the state airline Qatar Airways. The sponsorship, which is lucrative for the association, caused unrest among the members and led to chaos at the last general meeting. A decision on an extension of the contract is expected at the end of the year.

Hoeneß denied in the "Bild" that his call had anything to do with a possible extension of the sponsorship. That's not his issue, he said. "My point is that we should sweep our own front door instead of having hypocritical discussions," he said. Hoeneß makes his decision whether to travel to the World Cup or not dependent on sporting matters. If after the preliminary round he has the feeling that "our national team is doing well, there's something in it - then I'll fly there".

Hoeneß has been associated with the ruling family in Qatar for years, Rettig said on the TV show: "It doesn't surprise me that you argue like that, Mr. Hoeneß, as Qatar's ambassador." Qatar's sportswashing, investing in sports to improve its image, has had an effect, said the former managing director of the German Football League.

The human rights organization Amnesty International stated in early July that the Qatari government had in the past brought about far-reaching reforms in the area of ​​labor legislation, but that in 2021 there had been a "decrease in reform progress".

According to a statement by Amnesty International ahead of a public hearing by the Bundestag Sports Committee on the World Cup, "progress that had already been achieved was reversed in part due to the inaction of the Qatari government." "There is increasing resistance to the reforms within the Qatari economy for fear of losing influence and profit opportunities," it said.

1 Escape to Panama: Father wanted to "protect"... 2 A piece of criminal history: When E 605 became "mother-in-law... 3 Streaming continues to gain ground: Almost all Germans... 4 Reconciliation may be near: Did Charles III. and Harry... 5 Second child for reality stars: Angelina and Sebastian... 6 First appearance in the "Besetzereck": The... 7 Saxony: New Corona Protection Ordinance for Saxony... 8 Bavaria: drivers rescue injured dog from Autobahn 9 Mecklenburg-Western Pomerania: the doctor has to pay... 10 Baden-Württemberg: the car reverses down the station... 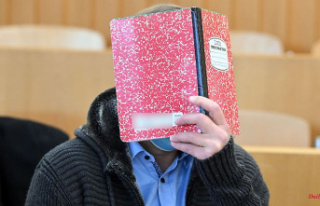