After the bandage scandal at the World Cup: the first association thinks about leaving FIFA

FIFA once again caused disbelief at the World Cup in Qatar, banning the wearing of the "One Love" bandage as a sign of tolerance. 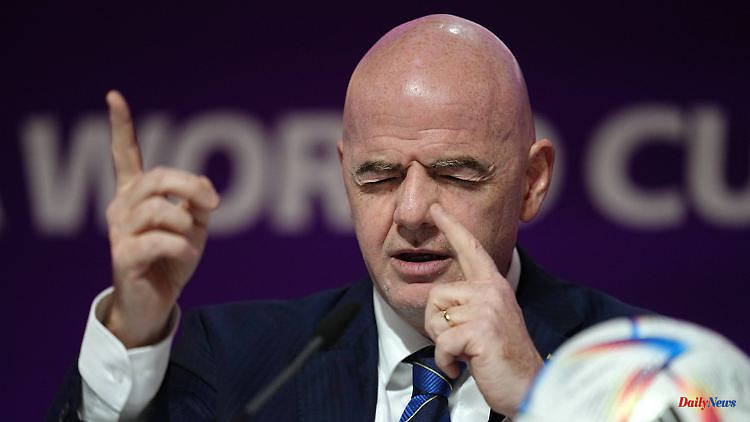 FIFA once again caused disbelief at the World Cup in Qatar, banning the wearing of the "One Love" bandage as a sign of tolerance. This behavior could now have serious consequences. With Denmark, a first national association is thinking of moving away from the world association.

This World Cup will go down in history. But not in the way FIFA and its President Gianni Infantino had imagined. And that is mainly due to the behavior of the world association itself. After all the scandals and impositions on the way to Qatar, FIFA caused the next wave of indignation during the tournament, it banned the "One Love" armband and invoked its own dress code. Among other things, the DFB wanted captain Manuel Neuer to wear them at the World Cup. The bandage with the colorful heart is intended to represent tolerance, diversity and human rights.

Massive pressure had been exerted by FIFA, announced the DFB and finally - like all seven associations that had joined forces for the campaign - withdrew from "One Love". There had been threats, and the sanctions had not been specified. Not only does the DFB feel offended, the Danes also wanted to wear the bandage in Qatar - and are now threatening the consequences. Sport director Jesper Möller admitted at a press conference: "Leaving FIFA is not a new idea, we have been thinking about it for a long time. If Denmark takes this step alone, I could imagine that we would face some major challenges."

The matter isn't set in stone yet, but it's like this: "Let's see if we can't have talks. I have to think about the question of how to restore trust in FIFA. We have to evaluate what happened and then we have to develop a strategy," Möller continued. The sports director called the behavior of the world governing body "unacceptable. We distance ourselves from FIFA's methods. The mere fact that we didn't get a clear answer about the possible penalties says it all."

As a first consequence of dealing with the topic "One Love" bandage and his further statements in Qatar, the Danish association no longer wants to support Infantino with immediate effect. The DFB had already taken this step and refused to follow the Swiss, but refrained from nominating their own man for the upcoming election. The DBU (the Danish federation) hopes to find a challenger for Infantino before re-election in March 2023, although the application deadline expired last Wednesday.

1 Win as a Mercedes test driver: How Schumacher can... 2 Mystery series on Netflix: "1899" - puzzles,... 3 Growing up without a father: Sido lacked a male role... 4 Surprising reason: Jeremy Fragrance leaves "Celebrity... 5 At that time he was six years old: The last "Gone... 6 Masala at Maischberger: "The West must become... 7 Consequences for consumers: giro cards soon without... 8 Sanctions and protective assets: What is still changing... 9 Customers have decided: This is the bank of the year... 10 Relief ahead: Electricity is currently cheaper 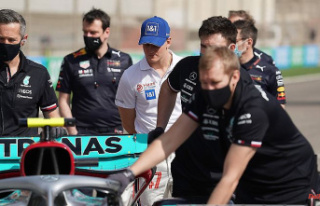 Win as a Mercedes test driver: How Schumacher can...