After the European Championship: DFB women look ahead: "The beginning of something really big"?

Tired and still disappointed about missing out on the crowning glory of the European Championship, the German footballers left their team quarters in a former aristocratic residence in Watford on Monday morning. 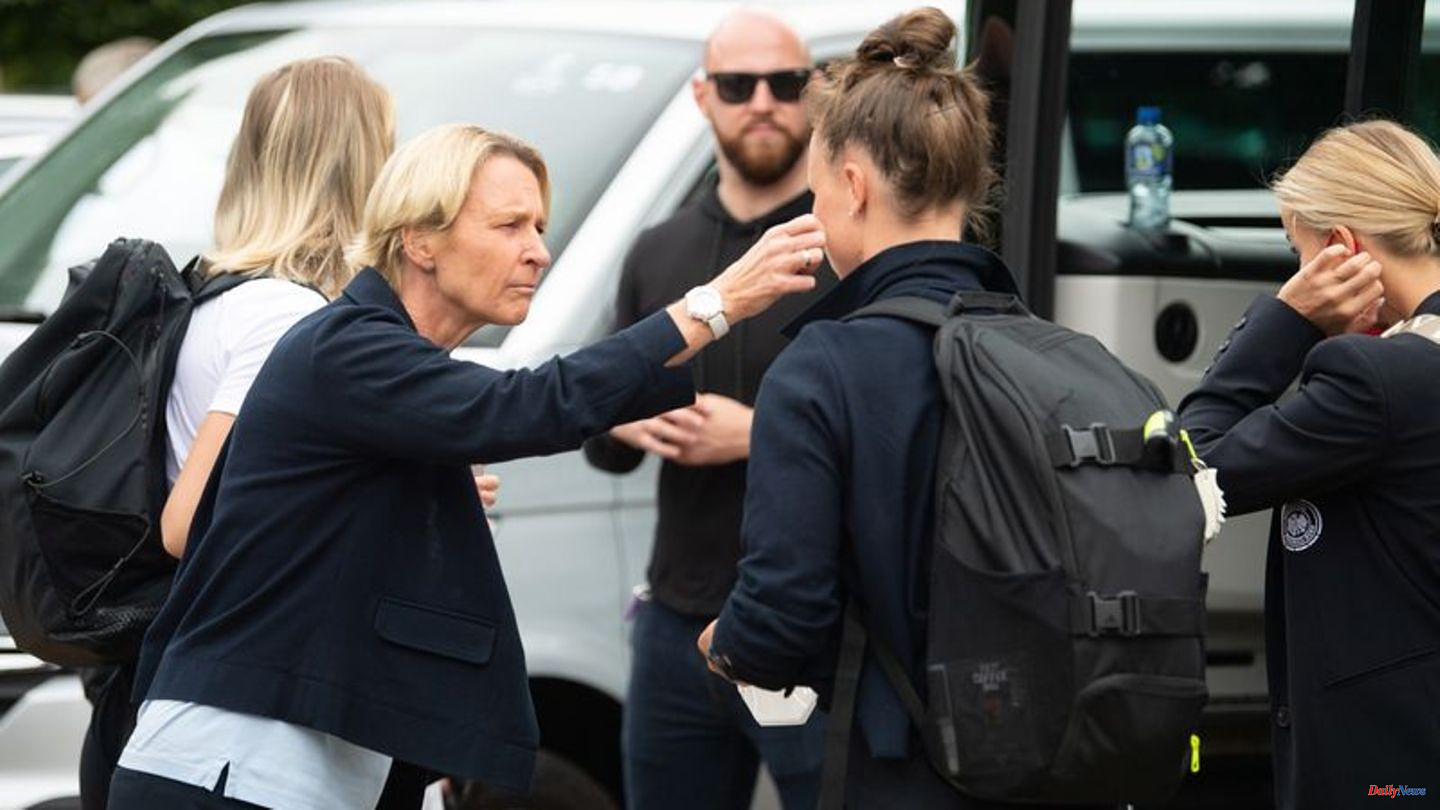 Tired and still disappointed about missing out on the crowning glory of the European Championship, the German footballers left their team quarters in a former aristocratic residence in Watford on Monday morning.

Captain Alexandra Popp, who was sorely missed in the 2-1 final against England at Wembley, London, wore one of substitute goalkeeper Almuth Schult's twins. Stow away the suitcases, write a few more autographs - then this tournament was history for the DFB women, who were expected to receive at the Römer in Frankfurt in the afternoon. "I would very, very much wish that we in Germany would feel what was apparently started there," said national coach Martina Voss-Tecklenburg before the journey home.

"We are happy and proud"

The DFB selection has gained enormous popularity over the past four weeks with their thrilling football. Almost 18 million people crossed their fingers in front of the TV sets on Sunday - a record number for the soccer players. "We are happy and proud that we have reached so many people," said offensive player Svenja Huth. The Wolfsburg captain replaced Popp, who had to sit out a few minutes before the final due to a hamstring injury.

"I'm proud of the team, the journey we've had. I hope that was just the beginning," said Popp, referring to women's football in Germany. "The market is there, but of course we have to make use of it. That's a big, big wish that we can reach many girls."

Congratulations and words of encouragement

From Federal Chancellor Olaf Scholz to Interior Minister Nancy Feaser to DFB boss Bernd Neuendorf, there were congratulations and encouraging words despite the unfortunate defeat in front of the deafening EM record crowd of 87,192 spectators. "Our players inspired the whole country, they were personable, authentic and approachable, they exemplify real team spirit," said Neuendorf. And Scholz tweeted: "It was a thrilling tournament and all of Germany is proud of this team!"

The SPD politician was unable to comfort the players when he visited the dressing room after the final whistle. pop

Joti Chatzialexiou, head of national teams at the DFB, knows that they are now looking closely at whether and how the association will convert the through ball from the European Championship. Strategic plans to promote women's football were already in place before the European Championship. "Something has to happen, definitely. It's not just the Chancellor and politicians. We as an association and the clubs have to stand together and actually implement this hype that we've created," he said.

Steffi Jones calls for concrete plans. "It's not something you should plan out of cold pants during a tournament," said the former international and coach of the "FAZ". She criticized: "The management level is now basking in the success of the team. I wish that the DFB had made plans for the time afterwards before the tournament."

In any case, the DFB women are back on the big stage in terms of sport after missing out on the quarter-finals at the 2019 World Cup and the Olympic Games in Tokyo. Voss-Tecklenburg hopes "that everyone will continue. We will continue to push the young players. Then we will hopefully go to the World Cup next year and want to perform there as we performed here: as a team that inspires, that plays courageously, that has ideas, has a clear mission, has a great passion."

The chance of staying in the public eye is great - especially if the Bundesliga can be woken up from its slumber. "Our national team has done an outstanding job. We now have to wait and see whether we can go beyond eventing in the medium term," said DFL supervisory board chairman Hans-Joachim Watzke to "kicker". If the Bundesliga were to benefit from the EM in terms of viewership, "the decisive step" would have been taken, according to Watzke: "Tournaments are nice and important, but ideally they should have an impact on everyday sporting life."

The driving force remains the DFB selection for the time being. In 2023 there will be the World Cup, for which Germany still has to qualify in September, in 2024 the Olympic Games in Paris, in 2025 another European Championship (host not yet decided) - and in 2027 possibly a World Cup in your own country. The DFB applied together with Belgium and the Netherlands. No wonder Huth expressed his wish when he left: "I hope that we can stay together with most of the team and that this was just the beginning of something really big."

1 Buying a car on the Internet – How to find the biggest... 2 "Avengers: Endgame": Jon Favreau wanted... 3 Princess Diana: Her Ford Escort will be auctioned 4 Lack of staff and inflation: after two years of the... 5 A sharp view of whales - from space 6 Climate: Sustainable financial advice: Boost for "green"... 7 In Madrid: "Don't piss me off!": Doctor... 8 Good deal: Amber Heard has apparently sold her desert... 9 "The incredibly smartest person in the world":... 10 Resigned after the start of the war: Ex-Kremlin official... 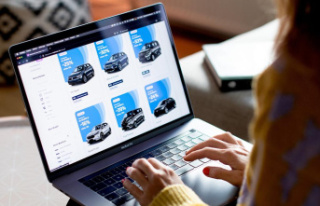 Buying a car on the Internet – How to find the biggest...