With his victory in the main race of the Porsche TAG Heuer Esports Supercup in Le Mans, Sebastian Job kept up the tension in the fight for the championship title. 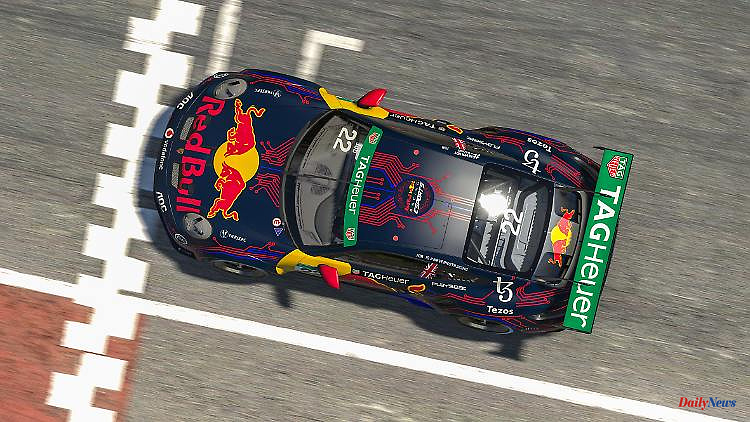 With his victory in the main race of the Porsche TAG Heuer Esports Supercup in Le Mans, Sebastian Job kept up the tension in the fight for the championship title.

The Briton from the Oracle Red Bull Racing Esports team was able to narrowly relegate championship leader Diogo C. Pinto to second place on the Circuit des 24 Heures. The Portuguese from the Porsche24 Team Redline is now 37 points ahead of the finale in Monza. Previously, Kevin Ellis jr. won the sprint race. The Brit from the Apex Racing Team thus defended his second place in the international one-make cup on the iRacing simulation platform. Job had already secured qualifying at the virtual steering wheel of the around 375 kW (510 hp) Porsche 911 GT3 Cup. In the three-lap sprint race, the Brit quickly had to give Ellis the lead and fell back to fifth place after contact with Coanda driver Dayne Warren. Despite fierce slipstream duels on the long Le Mans straights, Ellis was able to just about hold onto the lead to the finish. Second was Alejandro Sánchez (SDK Gaming) from Spain ahead of France's Jeremy Bouteloup (Coanda) and Zac Campbell (VRS) from the USA. In another collision with the fifth-placed job, this time Warren had the worse cards and lost many positions. Points leader Pinto secured sixth place ahead of Spaniard Salva Talens (MSI eSports) and Cooper Webster. The Australian was once again the best-placed rookie.

The eight first place finishers in the sprint run started in reverse order in the main race over six laps. This allowed Oracle Red Bull Racing E Sports man Webster to celebrate pole position. Sebastian Job quickly appeared behind him. The two teammates slipstreamed each other for the next four laps, cleverly defending their one-two lead against Pinto and Campbell. Only a contact in the Mulsanne curve threw the Australian rookie back. This put Pinto in the front chasing position. Together with Campbell, the Portuguese put immense pressure on Job, the last lap was characterized by an extremely exciting three-way battle. But the Briton kept his nerve and his rivals behind him and crossed the finish line as the winner ahead of Pinto and Campbell. Fourth went to Bouteloup ahead of Sánchez and Webster. Before the finale in Monza, leader of the standings Diogo C. Pinto has created a good starting position: He now leads the interim standings of the Porsche TAG Heuer Esports Supercup with 503 points. Kevin Ellis Jr., who finished eighth in the main race, is 37 points behind. He is only eleven points ahead of Sebastian Job, whose chances of a second title in the Porsche TAG Heuer Esports Supercup after 2020 are still intact.

The content creators from the Esports scene once again relied on the virtual Porsche 911 GT3 R in Le Mans. Tyson "Quirkitized" Meier won qualifying. After the somewhat tumultuous start of the first race, the American had to give way to Dan "Suzuki" Sosulski for a short time, but quickly prevailed again and drove to victory. Sosulski lost second place to Casey Kirwan - the 22-year-old had plowed through the field in no time at all from eleventh on the grid. For the second race, the influencers lined up again in the reverse order of the previous finish. While Jaroslav "Jardier" Honzik immediately fled from pole position, eNASCAR star Kirwan used his experience with slipstream duels: He made up eight positions on the first lap and was already chasing "Suzuki" again in third place. A little later the US boy was in second place. Shortly after halftime of the seven-lap race, he had equalized the five-second lead of "Jardier", took the lead and drove towards victory. Second place went to Honzik and "Quirkitized" Meier, who was able to catch Dan "Suzuki" in the last meters.

The Porsche TAG Heuer Esports Supercup is entering the home straight: On June 4th, the tenth and final round of the season of the international Esports one-make cup is on the agenda at the Autodromo Nazionale di Monza. On the 5.793 kilometer long Grand Prix circuit, excitement is guaranteed in more ways than one: With a total of 85 points to be awarded, mathematically four drivers can still hope for the virtual version of the around 375 kW (510 hp) strong Porsche 911 GT3 Cup go for the championship. The fight for a permanent starting place for the PESC 2023 also provides thrills at the finale. The prerequisite for this is a top 15 result in the current overall ranking, which automatically entitles you to participate in the coming year. The remaining starting places will be allocated in qualifying races.

The content creators from the esports scene will also be back at the start. They will hold two all-star races in Monza and will once again rely on the Porsche 911 GT3 Cup. They will open the live streaming from 7:30 p.m. (CEST) with qualifying, followed by their two races from around 7:45 p.m. The Porsche TAG Heuer Esports Supercup will then compete live around 9:15 p.m.

Casey Kirwan (USA): "Honestly, I've never been a big fan of Le Mans - I've always struggled at this track. The mid-downforce setup made the car feel very nervous on the rear axle. I've overused my rear tires pretty early on so all the fast sections of the track were really challenging. But it was a lot of fun."Sebastian Job (GB/Oracle Red Bull Racing Esports): "It was a very good working relationship with my teammate Cooper Webster .On practically every straight we talked to each other and asked: What's the plan now?We were just trying to keep everyone else behind us.But that was becoming increasingly difficult.We didn't expect Diogo Pinto to attack on lap five , otherwise we would have defended ourselves better. It's a shame that Cooper and I couldn't stay together to the finish."Diogo C. Pinto (P/Porsche24 Team Redline): "Even at the beginning of the Q I received a warning in the qualifying sessions, so I didn't take any big risks and only managed sixth place on the grid for the sprint race. After that, I focused on scoring points and staying in the top eight to have a good grid position for the main race. That was a little more eventful. I really wanted to overtake Sebastian Job, but he defended the lead very cleverly - I didn't have a chance. I'm happy with second place because I was able to extend my lead in the overall standings a bit."Zac Campbell (USA/VRS): "An exciting, very tactical main race. I had contact with Cooper Webster on a straight – that was a hairy moment. I was able to keep my car on track, but it sustained damage on both sides. As a result, I wasn't able to drive quite as fast in the final laps. But luckily I had my teammate Jeremy Bouteloup behind me. It's his last season and he just helped me finish. That was great of him." 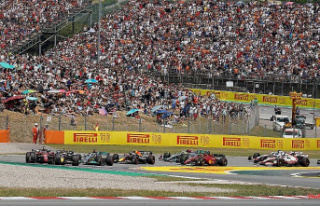 Press reviews after F1 in Spain: "Leclerc has...