The basketball players of FC Bayern Munich got off to a really bad start against Piraeus, and because of the high deficit they ran in vain for the entire game in the Euroleague. 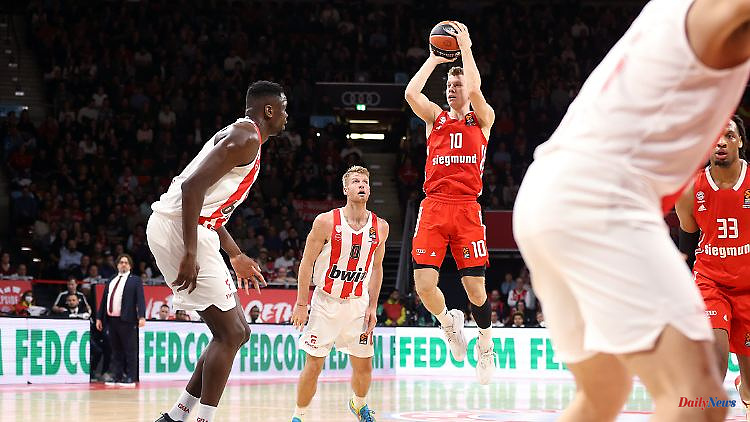 The basketball players of FC Bayern Munich got off to a really bad start against Piraeus, and because of the high deficit they ran in vain for the entire game in the Euroleague. Meanwhile, Real Madrid are extending Alba Berlin's negative run.

The upward trend of the basketball players of FC Bayern Munich in the Euroleague has stopped. Coach Andrea Trinchieri's team lost at home to Olympiacos Piraeus 71-82 (34-40), after Bayern had previously won the European Cup twice in a row. With a record of two wins and six defeats, the Bundesliga basketball team is still in the bottom of the table.

Munich only scored twice in the first six minutes and were already 6:21 behind at that point. Bayern found it difficult against the guests' powerful defense, losing the ball six times in the first quarter. During the second half, the hosts got into the game better, thanks to a 12-2 run before half-time, they reduced the lead to 34:40.

After the break, the guests turned up the offensive again, after 27 points scored in the third quarter, the Greek top club once again had a double-digit lead. Munich came back with a better defensive performance in the final section: they held the guests without points for six minutes, after an 11-0 run Munich had closed the gap to 65:69. But Bayern couldn't turn the game around.

The Munich team started with weak substitutes and, in addition to the injured Paul Zipser and Zan Mark Sisko, also had to do without Elias Harris, Jason George, Corey Walden and Niklas Wimberg, who all dropped out with the flu.

Meanwhile, the basketball Bundesliga club Alba Berlin continues to plummet in the Euroleague. The Berliners were clearly defeated by the Spanish champions Real Madrid with 72:90 (37:53). Coach Israel Gonzalez's team started the season with three wins, but have now suffered their fifth defeat in a row. The best Berlin throwers were Gabriele Procida with 13 and Johannes Thiemann and Yanni Wetzell with ten points each. National player Maodo Lo returned to Alba after a long injury break. However, three players were still missing in Marcus Eriksson, Jonas Mattisseck and Louis Olinde. In addition, Captain Luke Sikma suffered a capsule injury in his right ankle and was also temporarily out.

The guests scored the first points, but then Real got rolling. Alba quickly came under pressure and conceded too many turnovers, which the hosts punished with quick fast breaks. After around five and a half minutes, the deficit was in double digits for the first time (8:18). After that, the German champions came into play better offensively, but too often the Berlin defense was overwhelmed against fast Spaniards.

Especially under the basket there was hardly anything for the guests to get against the tall Spaniards. Immediately after the break, the gap grew to 39:63. Real then slowed down a bit, but the Spanish star ensemble had the game under control until the end.

1 Criticism of the FIFA bill: The crude story of the... 2 Fritz is on at the ATP Finals: Nadal gets victory,... 3 Eviction is delayed: collided trains continue to paralyze... 4 Famous thanks to the "Denver clan": Linda... 5 Quite understandable: Termination because of smoking... 6 Stoned in the barn: With hemp feed for cows, THC migrates... 7 Baden-Württemberg: Two dead after a house fire: the... 8 Baden-Württemberg: more and more pairs of storks... 9 Baden-Württemberg: City Day: More state aid for theaters... 10 Thuringia: Dull weekend with snowfalls expected: danger... 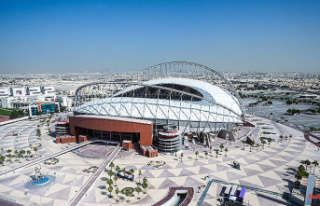 Criticism of the FIFA bill: The crude story of the...