The Bundesliga game between RB Leipzig and SC Freiburg is clear, the Saxons turn their aluminum bad luck into a win. 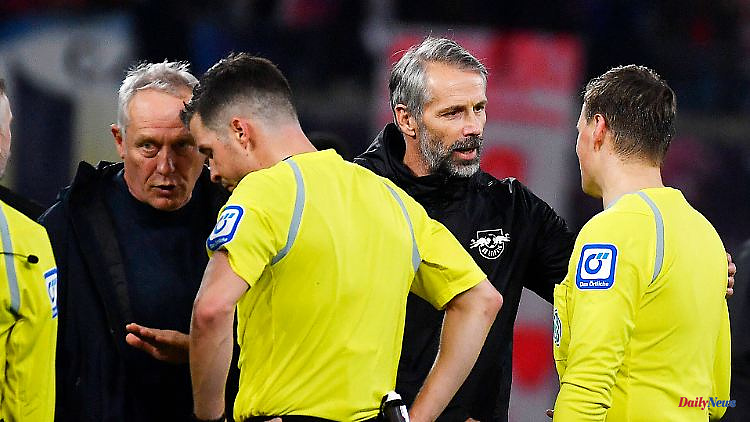 The Bundesliga game between RB Leipzig and SC Freiburg is clear, the Saxons turn their aluminum bad luck into a win. The result, however, upset Freiburg coach Christian Streich massively - due to a penalty decision. Not even Marco Rose vehemently disagrees.

For Christian Streich, the Bundesliga game between Freiburg and RB Leipzig was not over long after the final whistle. The coach did not want to accept the 1:3 (0:0) defeat, the reason was a penalty decision by referee Harm Osmers. And so Streich continued to discuss with him for a long time.

"I don't know how many times there has been a touch against a certain player in the last five or six games. Penalties are awarded every time," said Streich on Sky. "I've always thought that fouls result in a penalty and if there's contact then why do you whistle? You have someone who can watch it on video. No, it's called immediately and that's the game decided."

The scene that made Streich so angry happened in the 78th minute. Freiburg's Nicolas Höfler had brought down RB striker Christopher Nkunku in the penalty area - at least that's how Osmer saw it. The alleged culprit saw things very differently: the penalty was "an absolute joke". "Christopher Nkunku has repeatedly won penalties against us in recent years - in my opinion, very few of them were justified. I think that referees have to prepare for that," said Höfler. "In general, the referee whistled against us in many situations that were 50/50. Of course it will be difficult away in Leipzig."

Emil Forsberg converted the due penalty to the final score, Freiburg's small chance of a draw was gone. That also annoyed goalkeeper Mark Flekken: "With all love, when I see the scene, you would have to whistle for every hold and every corner kick situation. As long as the referees understand it, but I don't understand it," said the Dutch national keeper.

Even Leipzig coach Marco Rose showed understanding for the guests' criticism: "You can also see that Nkunku is hit at the bottom of the ankle at the end - nobody has talked about that yet, but it's not my topic. If there is no penalty , I'm in, but then we deserve to win the game 2-1."

Mohamed Simakan (55th) put Leipzig in the lead after the Saxons had only hit the aluminum four times. But then things happened quickly: Nkunku scored just a minute later. Lukas Kübler (66th) scored the next goal with a goal well worth seeing: he took the ball from the edge of the sixteen with a right instep volley and hit the top right corner unstoppably. But the game was decided with the penalty. 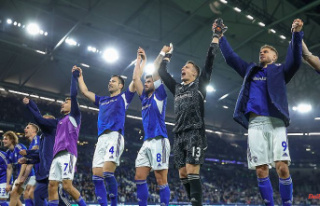