At every game of the football World Cup in Qatar, a fan block that is as loud as it is mysterious creates a powerful football atmosphere, as is known from South America, North Africa and Europe. 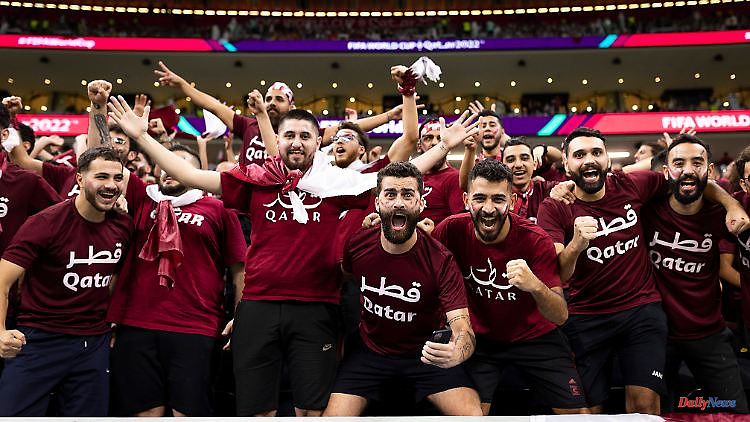 At every game of the football World Cup in Qatar, a fan block that is as loud as it is mysterious creates a powerful football atmosphere, as is known from South America, North Africa and Europe. These fans were signed by the host - sometimes with great effort.

They always stay to the end. At the games of World Cup host Qatar, an ultra block of around 1,500 fans dressed identically in dark red T-shirts creates a good atmosphere - but also irritation. Unlike other Qataris, this group didn't leave the stadium far before the final whistle in the defeats by Ecuador and Senegal, instead creating a football atmosphere throughout the season. The "New York Times" has now apparently revealed what the ultras are all about. The short version: The men are bought.

That shouldn't come as a surprise, but according to the report, the effort with which the group was recruited was considerable. It is said to have started testing in Beirut in April. Hundreds of students and fans of a small club gathered at the Camille Chamoun Stadium, even the leader (capo) of the Galatasaray Ultras is said to have been flown in as an expert and advisor, according to the newspaper. With banners, chants and pyrotechnics, the Qataris were shown what kind of atmosphere is possible.

The World Cup hosts liked what they saw. So the approximately 1,500 men from Lebanon, Egypt, Algeria and Syria - who, with their mostly numerous tattoos, do not fit into the Qatari social picture at all - were hired. In exchange for the atmosphere there are flights, accommodation, tickets to the games, food. Most of the men would never have been able to watch a World Cup game live due to their economic situation - and were therefore happy to accept the deal.

According to the New York Times, the group has been in Doha since mid-October. The choreographies were rehearsed as well as the specially written songs. And of course the national anthem of Qatar had to be learned. Tuesday's game against the Netherlands at Al-Bait Stadium out in the desert will be their final appearance. Qatar are eliminated and they weren't scheduled for more than the group stage anyway. The organizers did not answer a question from the newspaper about the group.

1 "Hope nothing happens to him": World Cup... 2 "My worst defeat": Lakers "fuck up"... 3 Start of the Biathlon World Cup: Russians and Belarusians... 4 Özil and the silence: spectators mock the DFB's... 5 Fourth increase in a row: the number of young drug-related... 6 "Moral obligation": New York's mayor... 7 It's in the contract: Kardashian and West are... 8 Baden-Württemberg: Police actions to combat hate... 9 Thuringia: Head of the State Chancellery defends handling... 10 Mecklenburg-Western Pomerania: Battle tank combat... 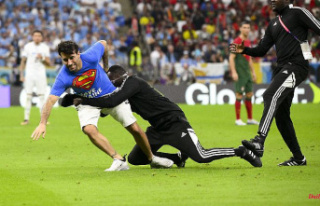 "Hope nothing happens to him": World Cup...