There is great unrest at Bayern Munich. 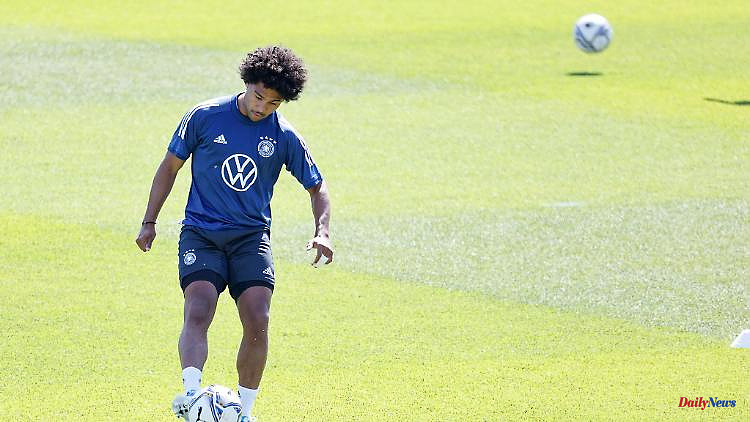 There is great unrest at Bayern Munich. Players complain about a lack of appreciation. In the shadow of the theater around striker Robert Lewandowski, the record champions are also threatened with the departure of Serge Gnabry. He now indirectly contradicts Honorary President Uli Hoeneß.

Serge Gnabry's mood is good. Actually very good. When team-mate Timo Werner accidentally shoots the ball in the face during training with the national soccer team, the winger can no longer hold on - and bursts out laughing. Things aren't quite as ecstatic a little later when the FC Bayern attacking man takes part in the media round. There, the player rolling with joy on the lawn becomes a cool silence. There it is, how could it be otherwise, about the hottest topic in German football at the moment: about the record champions, their dissatisfied players and the debate about appreciation.

Robert Lewandowski is the most respected protagonist in this theater. But Gnabry also doesn't seem to feel so comfortable in Munich anymore than he can imagine staying on Säbener Straße for a long time. He's going to move away next summer at the latest, when his contract expires. Real Madrid should be the big goal. That would be the next bitter blow for Munich, because they would have to let a star go without a transfer. Like David Alaba recently or now Niklas Süle. With Javi Martinez, Jérôme Boateng and also the following world champion Corentin Tolisso, the club counts five free transfers within a year (not all have the same relevance).

Why is that? At the appreciation. The scholars (players and officials) agree on this. However, where there is dissent: How is appreciation actually defined? According to Uli Hoeneß, Honorary President of FC Bayern, "99 percent of the issue only works in euros", as he admitted in an interview with RTL/ntv last week. Pini Zahavi, Lewandowski's advisor, had already contradicted the greed issue. He explained that the club's alleged efforts to Erling Haaland would have thwarted the appreciation.

And now Gnabry is also giving insights that it's not just about squeezing a few more euros out of the club. Appreciation is "not just what is reported by many, that each of us only thinks about money". It is much more "a mix of everything" that has to come from both sides. "There are other things in the employment relationship that play a major role," said the 26-year-old. He avoided a statement about the current status of the talks with FC Bayern in the DFB media round.

It was more than clear that the topic annoyed him – even if Gnabry is looking forward to the start of the Nations League against European champions Italy on Saturday (from 8.45 p.m. on RTL and in the ntv.de live ticker) in Bologna. It's not about the sport. The fact that he hesitates to extend his contract to allegedly 19 million euros a year despite a salary increase is an ongoing topic. Gnabry is there as a supposedly greedy insatiable.

The circumstances of the situation surrounding Lewandowski, who is doing everything he can these days to leave the record champions in the summer, also concern Gnabry. "I think it's a shame how things are going back and forth." He hopes that a peaceful settlement will take place. On Monday, the Pole announced more vehemently than ever before that the Bayern chapter was over for him. He hopes that he is not forced to stay against his will. According to the valid contract, this is of course possible without any problems. The 33-year goal guarantee is keen to join FC Barcelona. Meanwhile, the bosses from Munich keep emphasizing that Lewandowski has to stay.

Should there still be a separation, Gnabry sees no unsolvable problem for FC Bayern. Even without Lewandowski, the offensive "shouldn't be a problem. Then you try to find a solution together. There are also successful teams without a real centre-forward". But will the 26-year-old actually play again for Munich? The record champions should agree with Sadio Mané from Liverpool FC, who would be more of an alternative for Gnabry than for Lewandowski. And Gnabry himself should be open to switching to Real Madrid's royal team anyway.

1 Billie Eilish in Bonn: A kiss for the Ukrainian flag 2 "Hi Germanyyy": Billie Eilish gives a taste... 3 Baden-Württemberg: Committee of inquiry into the... 4 North Rhine-Westphalia: woman seriously injured by... 5 Baden-Württemberg: VfB denies friendlies against... 6 Heaps of corpses and loot markets: This is how Mariupol... 7 On the platinum throne jubilee: Queen receives congratulations... 8 Bavaria: Anticipation for "Rock im Park":... 9 Hesse: Opposition criticizes the status of digitization... 10 Mecklenburg-Western Pomerania: With grandchildren... 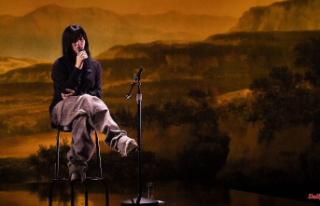 Billie Eilish in Bonn: A kiss for the Ukrainian flag