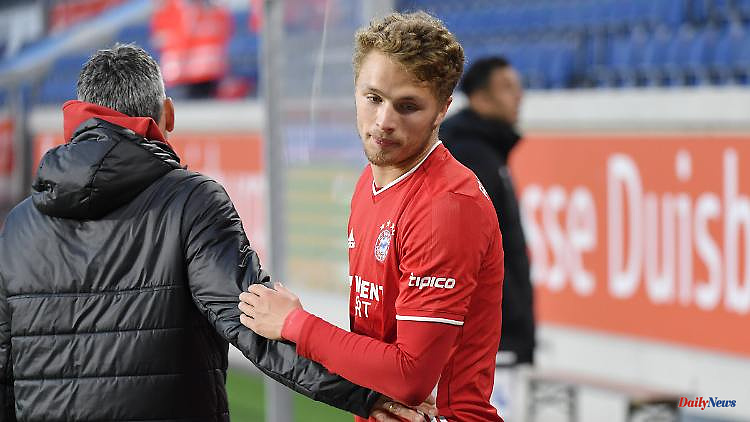 With huge advance praise, Jann-Fiete Arp switched to FC Bayern in 2019. The alleged child prodigy can never prevail. Now the Munich team is even paying so that the striker leaves the club - and the incredibly expensive annoyance is finally over.

Jann-Fiete Arp. There was once great hope in this name, the Hamburger SV striker was considered one of the greatest talents in German football. He was considered a kind of child prodigy. In 2017, Arp dusted off the golden Fritz Walter medal as the greatest talent in the U17 division, who had won before him, among others, Mario Götze and Leon Goretzka. In 2019, for many, the logical move to industry leader Bayern Munich followed for three million euros.

But Arp's big crash also followed. The 22-year-old striker has not played a single Bundesliga game with the record champions in three years, was only included five times in the squad and mainly had to play in the second team. For this he received a total of 12 million euros in salary from the Munich team. Bayern had already loaned him to Holstein Kiel last season. There the attacker made 23 appearances in the second division, in which he scored two goals.

Not much resonates now when you hear the name Arp. Except maybe disappointment - and anger. Because the former child prodigy would have cost FC Bayern a salary of four million euros after the end of his loan to Kiel - plus one million euros in possible bonuses. According to "Bild" information, Munich is therefore taking a special step: Arp, who still has a contract with Bayern until 2023 but would like to stay in Kiel, will be paid three million euros so that he can change. A settlement for the final farewell of what the "Bild" calls it, "3 million flops".

According to the report, the Bayern bosses and Arp have agreed to terminate the contract. Although the striker loses one million euros, he can stand on the pitch - and finally gets a salary transferred to the account by the northern lights. The record champion still has a little hope that the former child prodigy will find his nose for goal again: "Bild" reports that Bayern have secured a 35 percent clause in the event of a possible resale. Now one of the most expensive annoyances in the club's history is over for Munich. 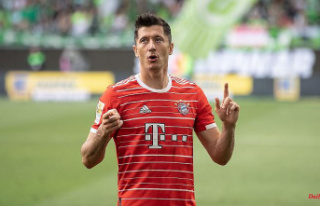 Approaching Barça: Bayern's Lewandowski no is...