The hole that suddenly opened up in the center circle of Vienna's Ernst Happel Stadium caused a great deal of excitement. 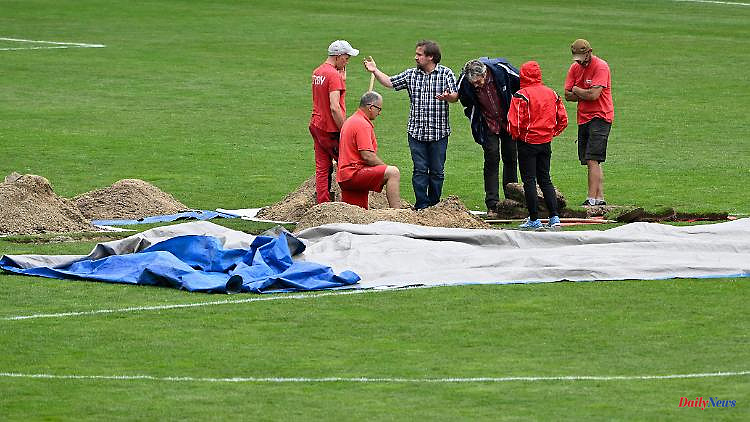 The hole that suddenly opened up in the center circle of Vienna's Ernst Happel Stadium caused a great deal of excitement. Also because world champion France is a guest in the Nations League on Friday. The Austrian Football Association plays it safe and has the field examined.

The Austrian Football Association (ÖFB) had the pitch in Vienna's Ernst Happel Stadium x-rayed to look for underground cavities. This was confirmed by an ÖFB spokeswoman for the AFP news agency. During Austria's defeat in the Nations League game against Denmark on Monday (1: 2), a hole about 30 centimeters deep was created at the level of the center circle.

To ensure that similar incidents did not occur in the sold-out home game against world champion France on Friday (8.45 p.m. / DAZN and in the ntv.de live ticker), those responsible had the field examined using special devices for magnetic resonance procedures and georadar. Two expert companies covered the entire 8,000 square meters with their equipment. In addition, a report on the condition of the turf's substructure was sent to the European Football Union (UEFA).

The investigations did not reveal any new problem areas, as ÖFB Managing Director Bernhard Neuhold confirmed to APA. "The report clearly recommends that everything can take place as planned," said Neuhold. On Wednesday evening, UEFA gave the "green light", said the ÖFB.

Heavy rainfall of up to 50 liters per square meter in the night from Sunday to Monday had probably led to a rise in groundwater through the nearby Danube, which ultimately triggered the hole in the lawn. Before the duel with the world champion, heavy rain is forecast again on Thursday and Friday. The ÖFB has new turf ready for emergencies, and the field was also worked on again with a roller.

The kick-off of the game between the team of German coach Ralf Rangnick and Denmark was delayed by 90 minutes because of the power failure in the neighboring district of Vienna.

1 Accident with VTOL aircraft: dead in the crash of... 2 Sustainably successful: German award for sustainability... 3 One degree more possible by 2028: In Germany it will... 4 Baden-Württemberg: OB candidate Bauer for reason... 5 Hesse: sun and clouds in Hesse 6 North Rhine-Westphalia: Lots of clouds, but rarely... 7 Saxony: full closure in Dippoldiswalde from Monday 8 North Rhine-Westphalia: suspected illegal tobacco... 9 Saxony-Anhalt: large-scale operation at Halle main... 10 Grenoble. To steal the cash register, he attacks a... 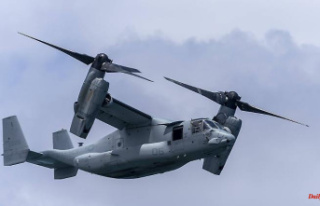 Accident with VTOL aircraft: dead in the crash of...