Back on the podium: New German biathlon relay can celebrate again

The relay of the German biathletes, which was completely reorganized for this season, celebrates the next partial success: In the second race of the season, the team is back on the podium. 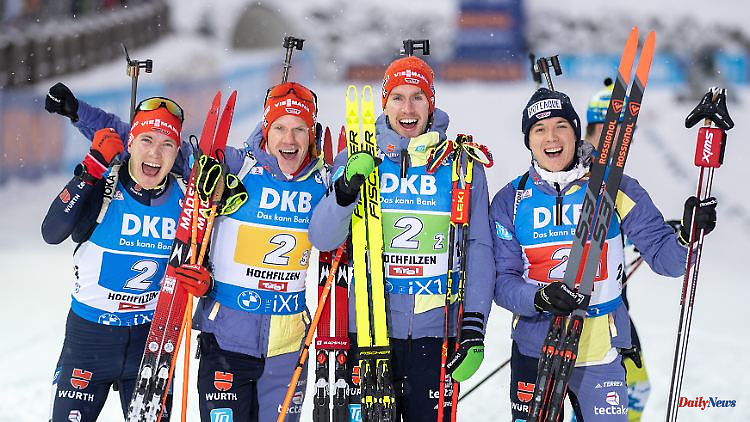 The relay of the German biathletes, which was completely reorganized for this season, celebrates the next partial success: In the second race of the season, the team is back on the podium. Denise Herrmann-Wick cannot bring her lead from the sprint to the finish line in the pursuit race.

The German biathletes deserved the cheers for the cameras. Despite one penalty and five spare rounds, the men's relay took third place at the World Cup in Hochfilzen, Austria. Justus Strelow, Johannes Kühn, Roman Rees and Benedikt Doll made it onto the podium for the second time behind Norway and Sweden in the second race of the season. The quartet had already done that last week in Finland with second place. Denise Herrmann-Wick was unable to repeat her victory from Thursday and was fifth in the pursuit.

"It was a very forgiving end. My skis were really great, that's why I was able to secure this place," said the German anchorman Doll and added: "I feel fit right now." On the last lap, the Black Forester even tried to catch up with the Swedes. Nobody in Tyrol was bothered by the fact that this failed with heavy snowfall. After the resignation of Erik Lesser, who had been the starting runner for many years, the coaching team around national coach Mark Kirchner had to combine a new season. The first results are promising.

First runner Strelow initially had some problems on the snow-covered trail and was only able to hand over in ninth place. A perfect performance at the shooting range was of little use to the Saxon, on his final lap alone he lost more than 20 seconds to the leading Norwegians. Kühn then made a promising start and closed in on the leading group, but his standing stage was poor and he even had a penalty loop. "It wasn't the first and last penalty loop. That happens," said Kühn.

Rees took over as the snow continued to pile up in seventh, 45.1 seconds back from leaders Italy. While Norway's superstar Johannes Thingnes Bö quickly regained the lead one day after his sprint victory, Germany moved up in fourth place. Rees acted flawlessly before Doll was allowed to start. The ex-world champion moved up to third place after his first shooting and confidently held this position to the finish. The fact that the Norwegians also had to run a penalty loop at the end didn't change anything at the end of the race.

Individual Olympic champion Herrmann-Wick did not reach the podium two days after her first win of the season. The 33-year-old made three penalties and after ten kilometers was 42.7 seconds behind the victorious Frenchwoman Julia Simon (1 penalty). Second place went to Ingrid Landmark Tandrevold (1) from Norway ahead of the Czech Marketa Davidova (2). The second best German was Vanessa Voigt (1) in 14th, directly ahead of teammate Anna Weidel (2). "With three mistakes, that's one or two too many. I had a hard time on the track today," said Herrmann-Wick on ZDF: "I'm happy with fifth place. But now I have to keep working and keep at it."

She had left the track with an 18-second lead. After the second shooting, the former world champion lost the lead from a penalty and was down to third. The most experienced of the German team later lost a position due to another mistake in front of an atmospheric backdrop, which also included Bayern coach Julian Nagelsmann, first in the main grandstand and then behind the shooting range. On the final lap she also had to let Swede Elvira Öberg pass her. 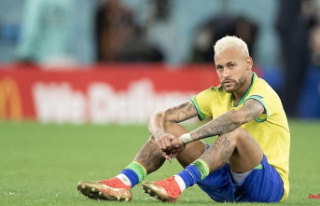