Max Verstappen shows why he is the reigning Formula 1 world champion: the Red Bull driver starts from tenth place in the Hungarian GP, ​​but still dominates the competition at will - and wins by a wide margin. 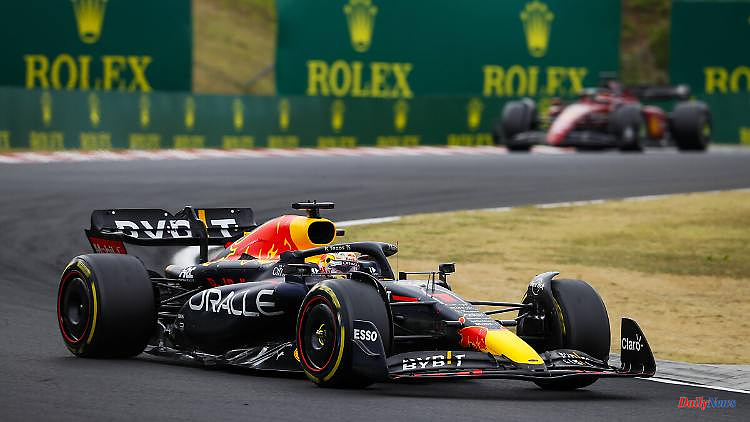 Max Verstappen shows why he is the reigning Formula 1 world champion: the Red Bull driver starts from tenth place in the Hungarian GP, ​​but still dominates the competition at will - and wins by a wide margin. It gets even worse for Ferrari and Charles Leclerc because Mercedes is having a great day.

World champion and strong nerves: Max Verstappen crowned a splendid race to catch up with victory at the Hungarian Grand Prix and is storming towards the successful defense of the title with great strides. After the messed up qualifying, the Red Bull driver drove from tenth on the grid to his eighth win in the 13th race of the season and dealt the next low blow to his hopeless competitor Charles Leclerc in the Ferrari.

After leaving France, Leclerc experienced another fiasco and only finished sixth. The two British Mercedes drivers Lewis Hamilton and George Russell took his place on the podium. Carlos Sainz (Spain) in the second Ferrari was fourth. Verstappen's superiority in Budapest was overwhelming. "It's so amazing for me, it looks like Verstappen is playing with Leclerc," said former Formula 1 driver Ralf Schumacher as an expert on Sky TV.

Verstappen goes into the summer break with a whopping 80-point lead over Leclerc, and the Ferrari driver can no longer make up the gap with nine races left on his own. Leclerc is dependent on Verstappen leaving points or even making a failure. Nothing indicates that at the moment.

Sebastian Vettel drove a strong race. The four-time world champion, who announced his retirement at the end of the season on Thursday, moved up from 18th on the grid to tenth in the Aston Martin, thus scoring a championship point. Mick Schumacher (Haas), on the other hand, went away empty-handed, the son of record world champion Michael Schumacher finished 14th.

"We have to hope for rain, otherwise it won't be easy," Schumacher said on the Sky microphone before the start. But contrary to forecasts, it initially stayed dry and Russell maintained his lead in front of the two Ferraris. His team had opted for the soft and therefore fastest tyres, so Russell managed to keep Sainz and Leclerc at a distance. The two Scuderia drivers had started with harder tires - and did not get close enough to Russell to put the Mercedes driver under pressure.

Behind them, Hamilton and Verstappen worked their way forward in lockstep, at the beginning of the twelfth lap they overtook fourth-placed McLaren driver Lando Norris (Great Britain) and started chasing the top trio. Even after the first pit stops, Russell remained in front, behind them the two Ferraris swapped positions. Verstappen was now fourth and tried to catch up with the top trio. But the pace at the front was set by Leclerc, who came closer and closer to Russell in big steps and soon launched the first attacks with the support of DRS.

At the beginning of the 31st lap, the time had come: Leclerc passed Russell on the start-finish straight and quickly pulled away, and Sainz in the second Ferrari was also significantly faster than the Mercedes driver in this phase.

In a light drizzle, Red Bull brought Verstappen into the pits and forced Ferrari to act: Leclerc also came in, but then had no chance against the Dutchman, who was suddenly much faster in this phase. Verstappen literally flew past, but then spun and fell back - only to overtake the Ferrari driver a little later.

Verstappen created a big cushion at the top of his own league and for Ferrari this Sunday got even bleaker: Sainz could no longer fend off Russell's attacks and slipped to third place. Shortly before the end, Hamilton also came by. Meanwhile, Leclerc had come into the pits again to make up ground with soft tires in the final phase.

1 Suicide moves Austria: Doctor Kellermayr accuses in... 2 The Olympic champion flies into the spectators at... 3 Euro weakness as an opportunity - How investors benefit... 4 Energy: Lindner calls for the end of electricity production... 5 "I have sex with one testicle the same as with... 6 Organ donation: A new chance at life - our way through... 7 How the Financial Markets Authority seeks to better... 8 Luxury Watches: The incessant price rise of Rolex... 9 Holidays: a peak of traffic jams at nearly 480 km 10 Holiday season: traffic jams on the roads - rail traffic... 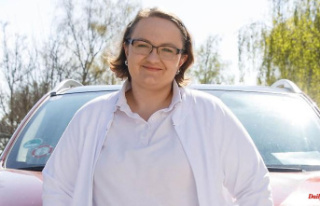